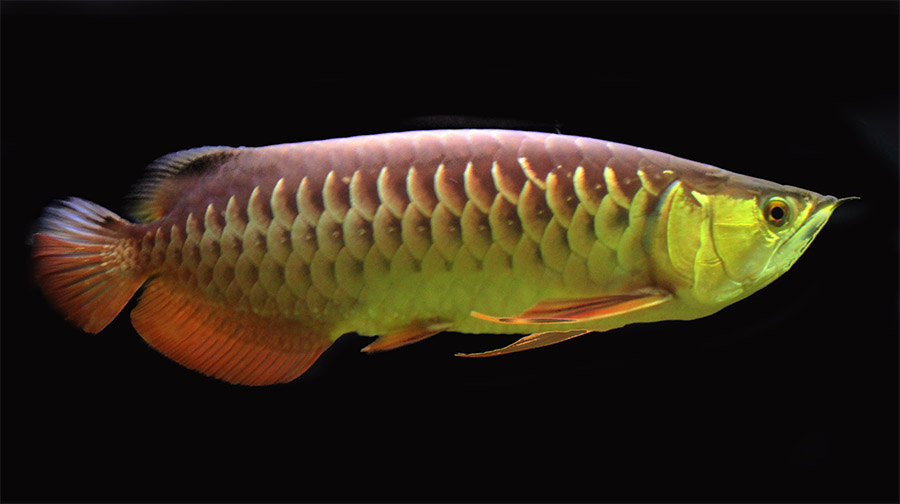 Scleropages formosus, the Asian Arowana, is listed under the ESA as endangered and is the species at the center of charges announced today in San Jose, CA. Image by Flickr user Aneo | CC BY 2.0

via PressReleasePoint for US Dept. of Justice

A grand jury returned an indictment against Bernardez on October 15, 2014, but it remained under seal until his arrest and subsequent arraignment today.

According to the indictment, Bernardez, 39, of San Jose, is alleged to have transported in the course of commercial activity, and sold, two fish. The fish are a species known as Asian Arowana, or Asian Bonytongue (Scleropoges[sic] formosos[sic]).

These fish are listed as endangered under the Endangered Species Act, and any sales or transportation of them are therefore illegal.

Bernardez was arrested in San Jose on Friday, December 05, 2014, and made his initial appearance in federal court in San Jose on Monday, December 8, 2014. Bernardez is currently out of custody. Bail was set at $100,000. His next scheduled appearance is at 1:30 on December 11, 2014, for a further detention hearing before the Honorable Howard R. Lloyd, United States Magistrate Judge.

An indictment merely alleges that crimes have been committed, and all defendants are presumed innocent until proven guilty beyond a reasonable doubt. If convicted, the defendant faces a maximum sentence of five years, and a fine of $250,000. However, any sentence following conviction would be imposed by the court only after consideration of the U.S. Sentencing Guidelines and the federal statute governing the imposition of a sentence, 18 U.S.C. § 3553.

Gary G. Fry is the Assistant U.S. Attorney who is prosecuting the case with the assistance of Legal Technician Laurie Worthen. The prosecution is one of several that resulted from an investigation by the United States Fish and Wildlife Service.

[Reef2Rainforest.com editor’s note – the correct spelling of the scientific name for the Asian Arowana is Scleropages formosus]