Just arriving, hot off the press, the January / February 2015 issue of AMAZONAS Magazine is here! 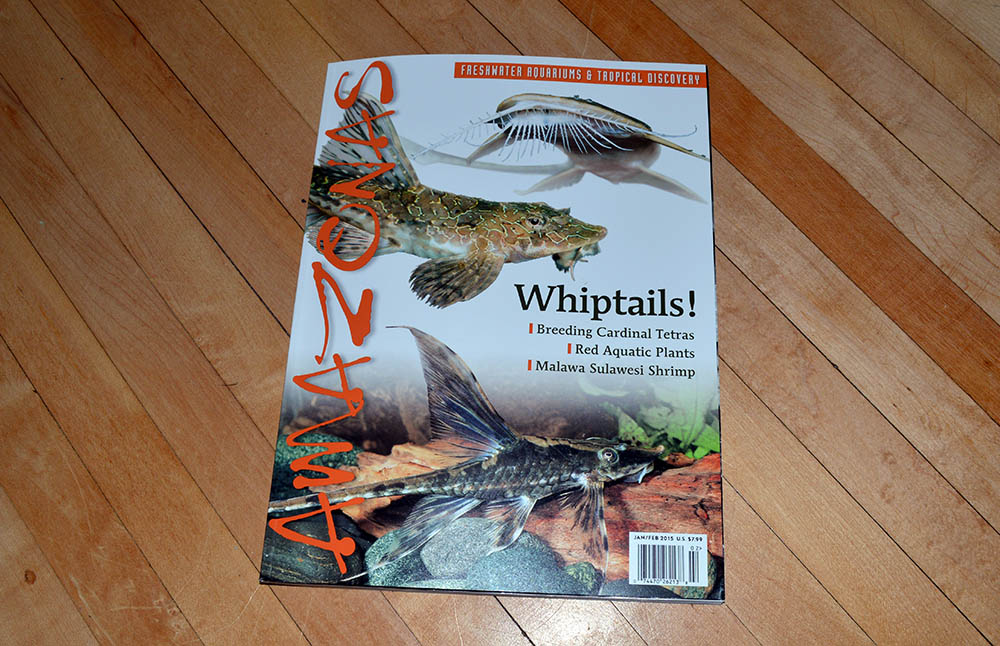 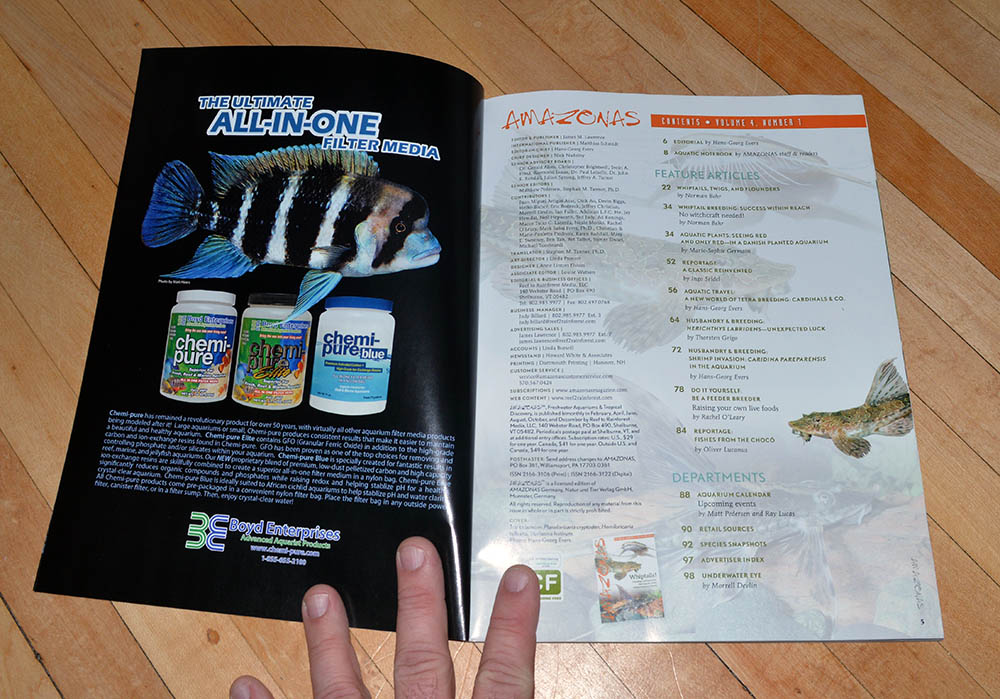 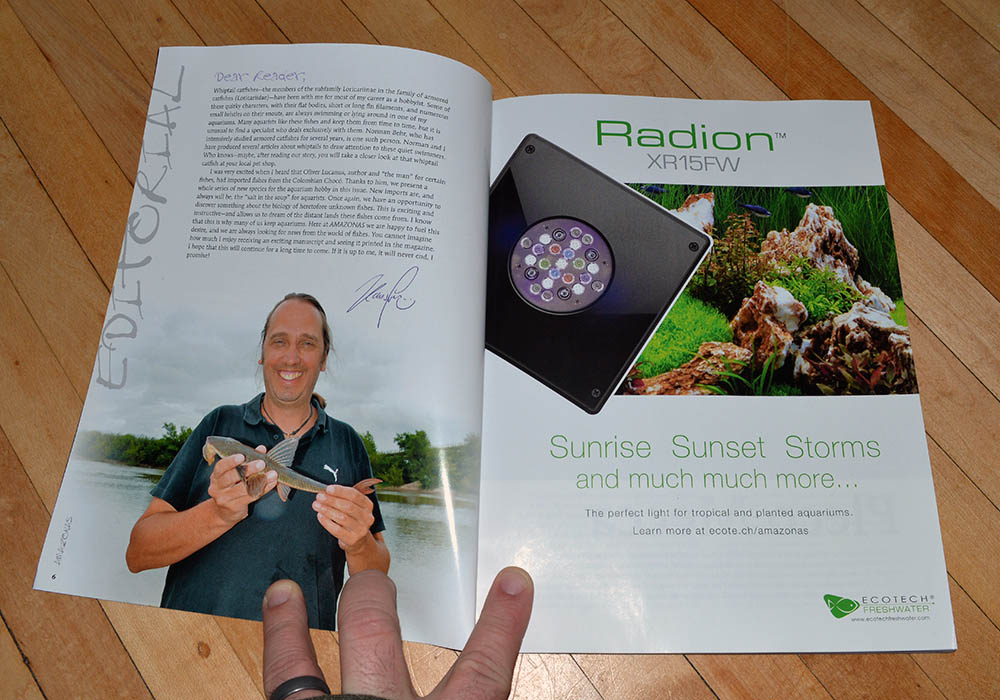 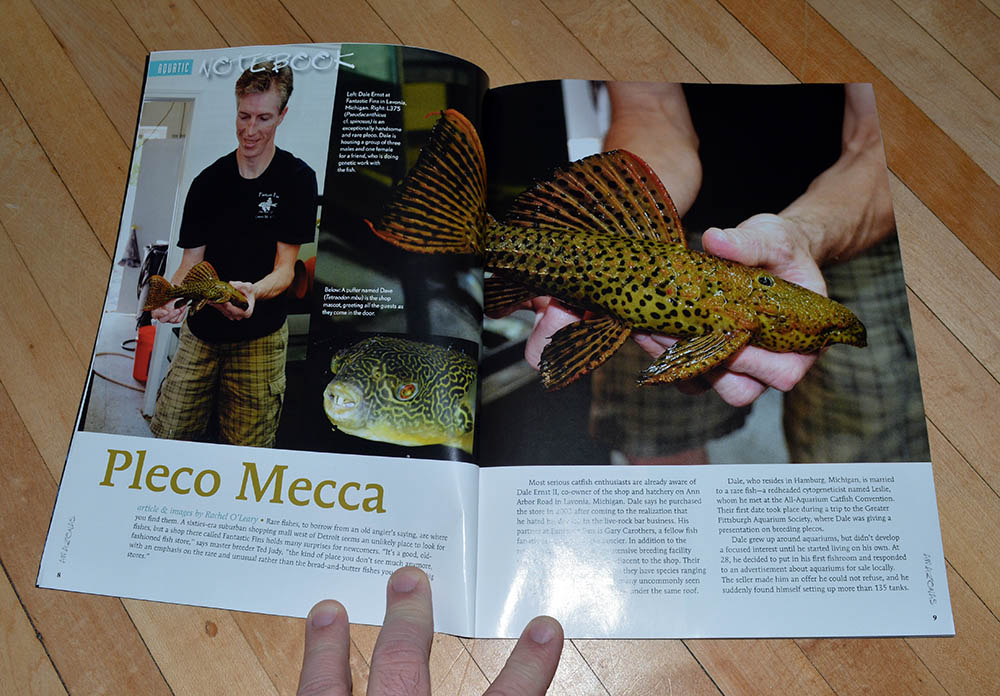 Aquatic Notebook leads off with “Pleco Mecca” by Rachel O’Leary 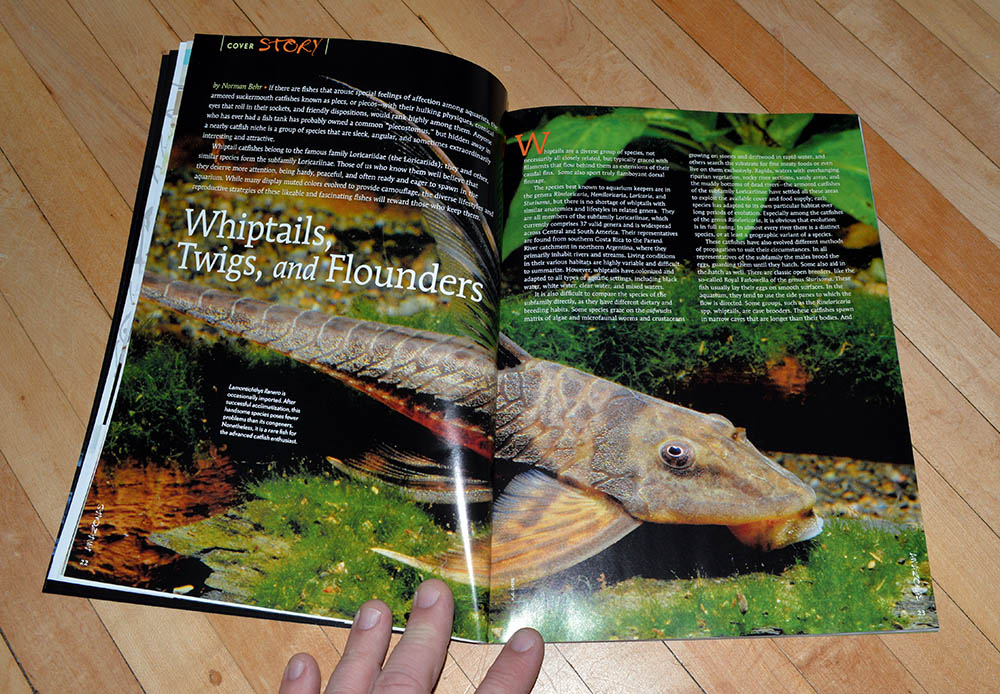 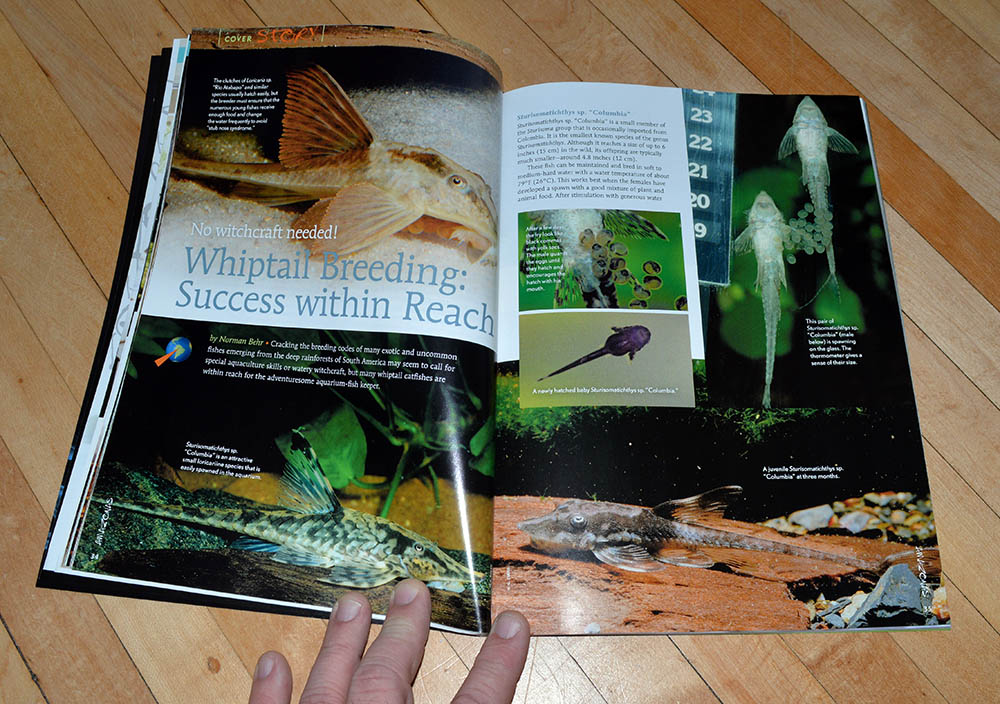 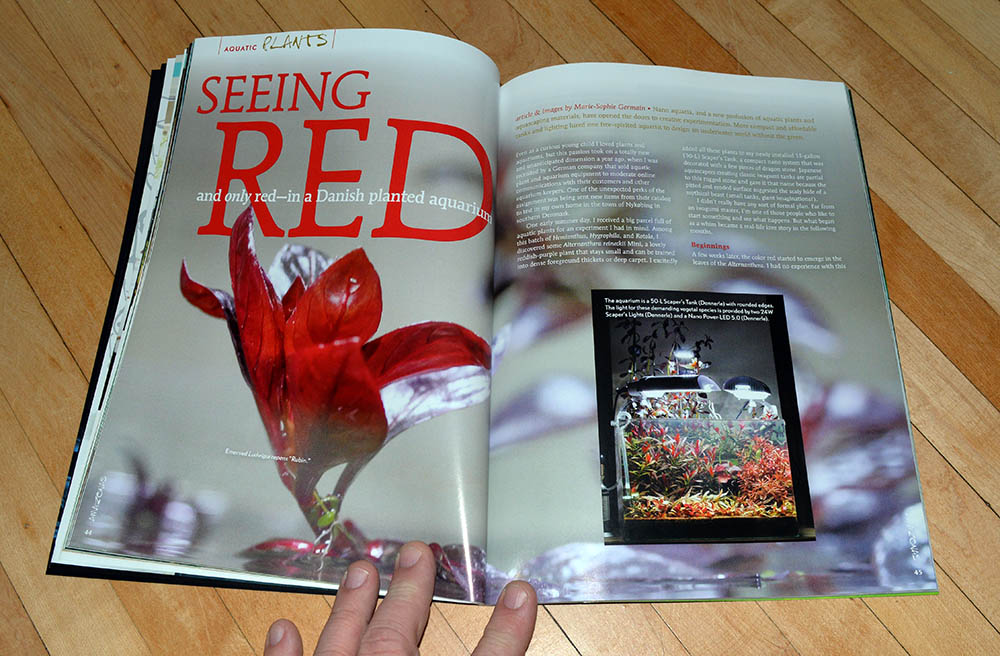 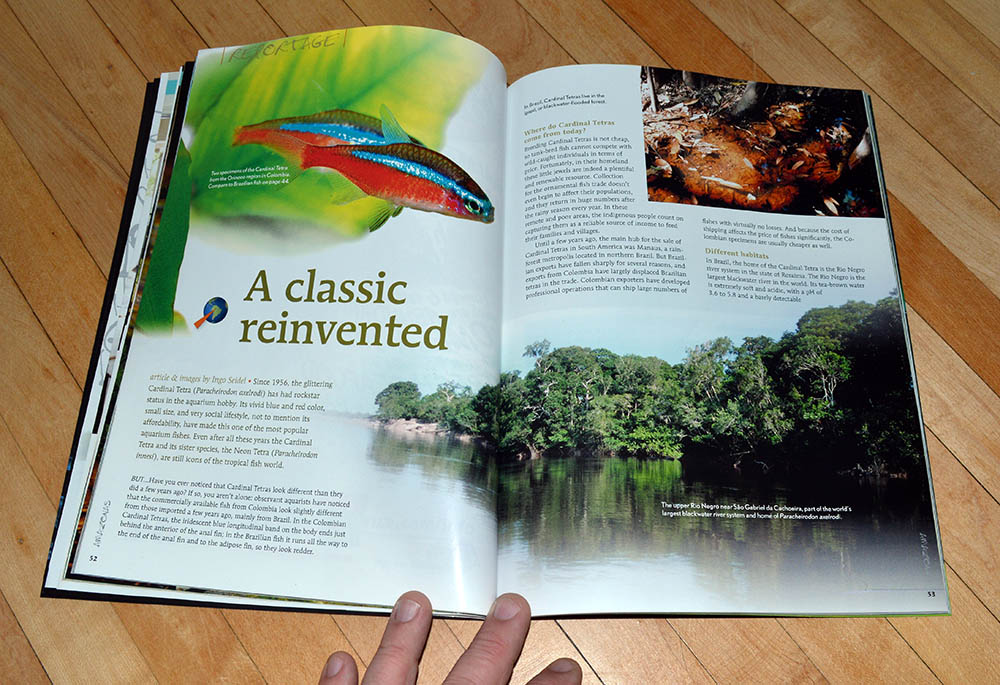 “A Classic Reinvented” by Ingo Seidel, considers the differences between Columbian and Brazilian Cardinal Tetras 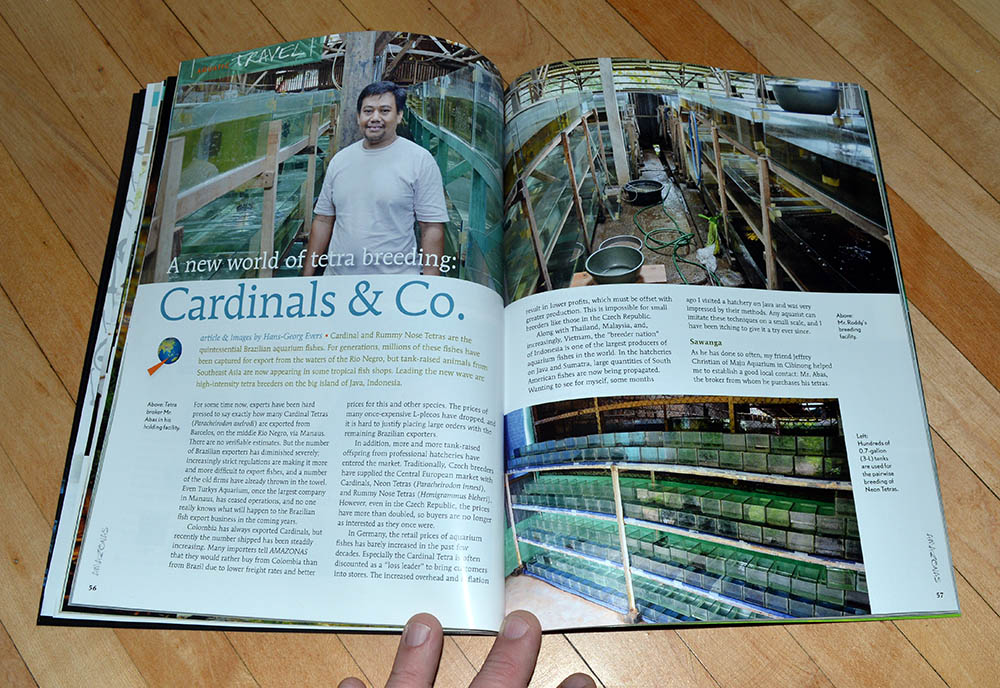 A new world of tetra breeding: Cardinals & Co” by Hans-Georg Evers. looks at the commercial propagation of small and popular tetras like the Neon, Cardinal, and Rummynose. 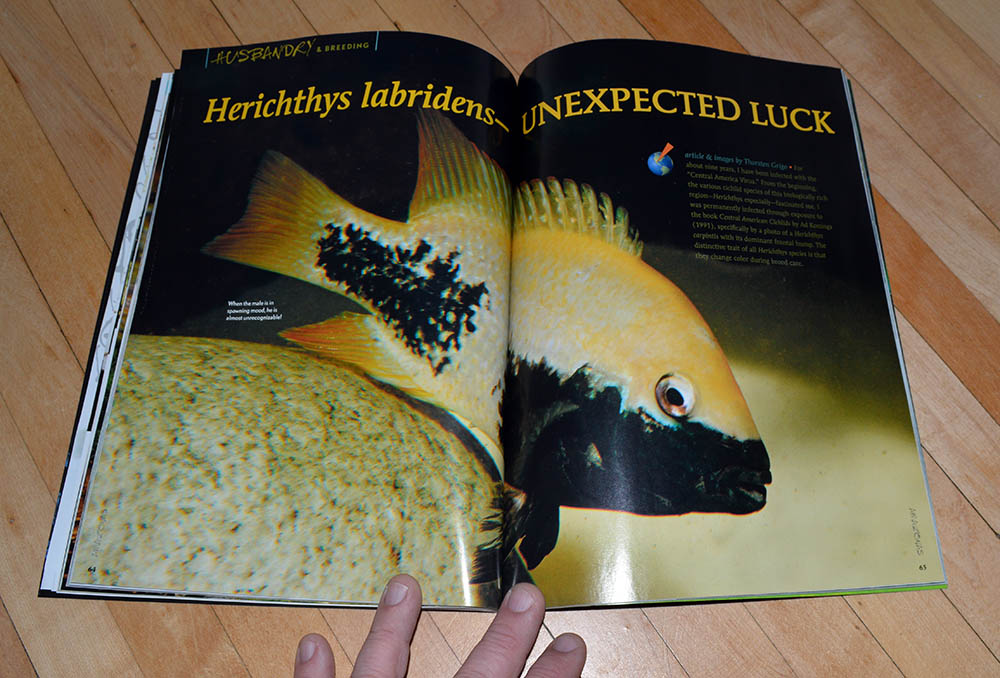 “Herichthys labridens—UNEXPECTED LUCK” by Thorsten Grigo, shares the story of overcoming adversity in the genus to find success with this species. 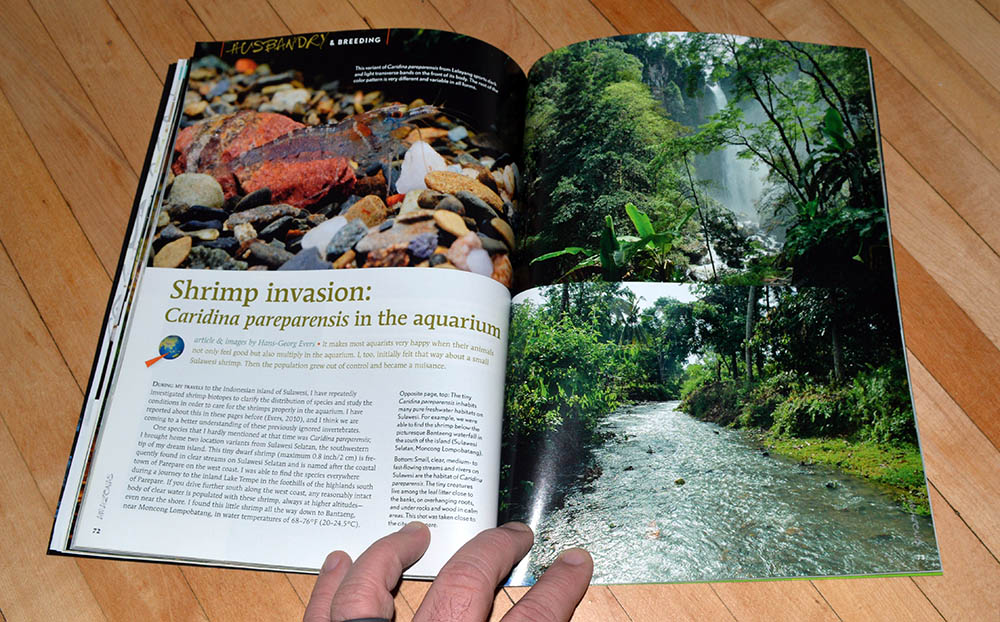 “Shrimp invasion: Caridina pareparensis in the aquarium” by Hans-Georg Evers, looks at these seemingly desirable shrimp reaching epidemic proportions and actually becoming pests in the fishroom. 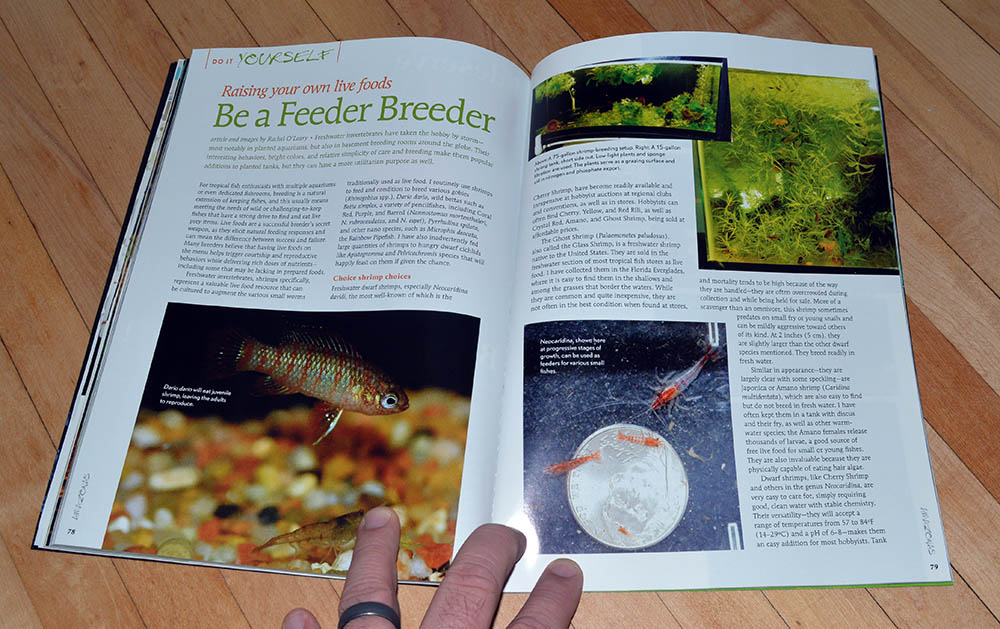 “Be a Feeder Breeder; Raising your own live foods” by Rachel O’Leary , looks at raising popular invertebrates as feeds. 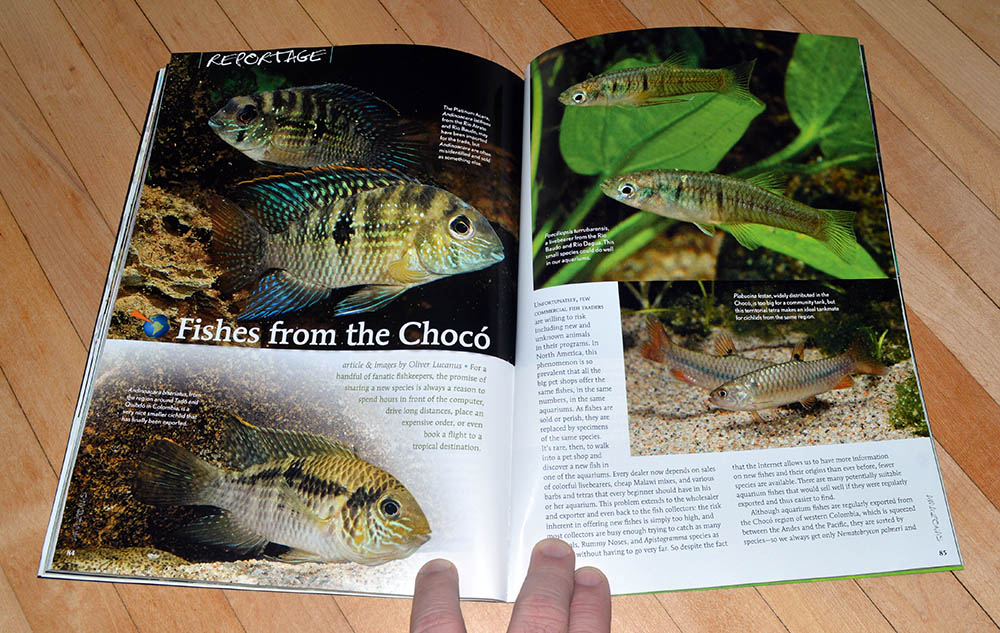 “Fishes from the Chocó”, by Oliver Lucanus, looks at the diversity of species found in the Chocó region of Columbia. 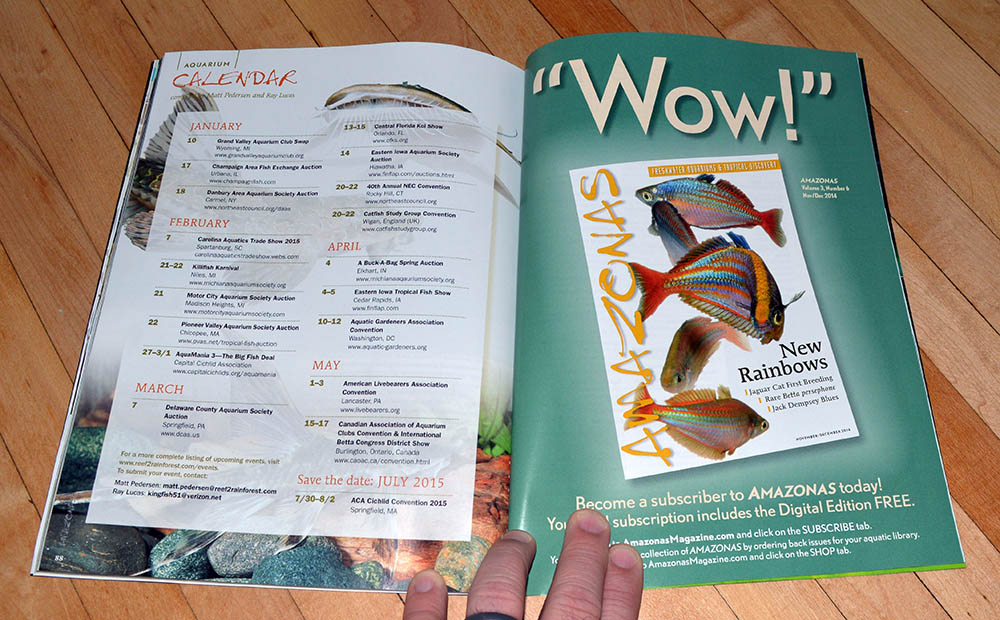 Our Aquatic Calendar highlights special events around the United States and abroad – our expanded online calendar offers even more. Don’t see your event listed? Please send it to us today for inclusion! 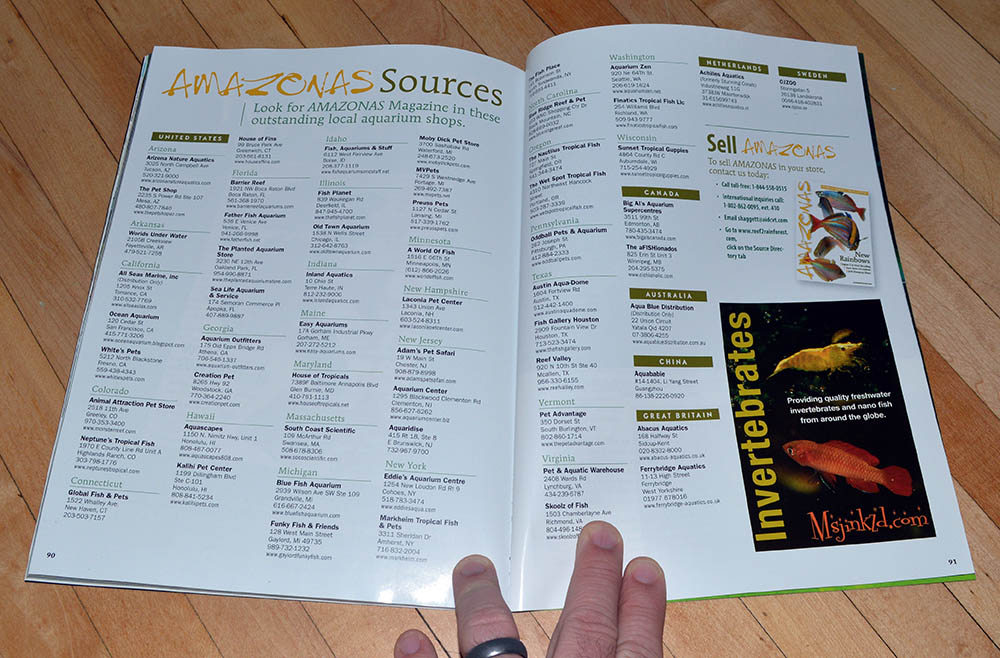 AMAZONAS Magazine sources features independent retailers and international distributors of our print publication. You can also access this information on our website, Reef2Rainforest.com 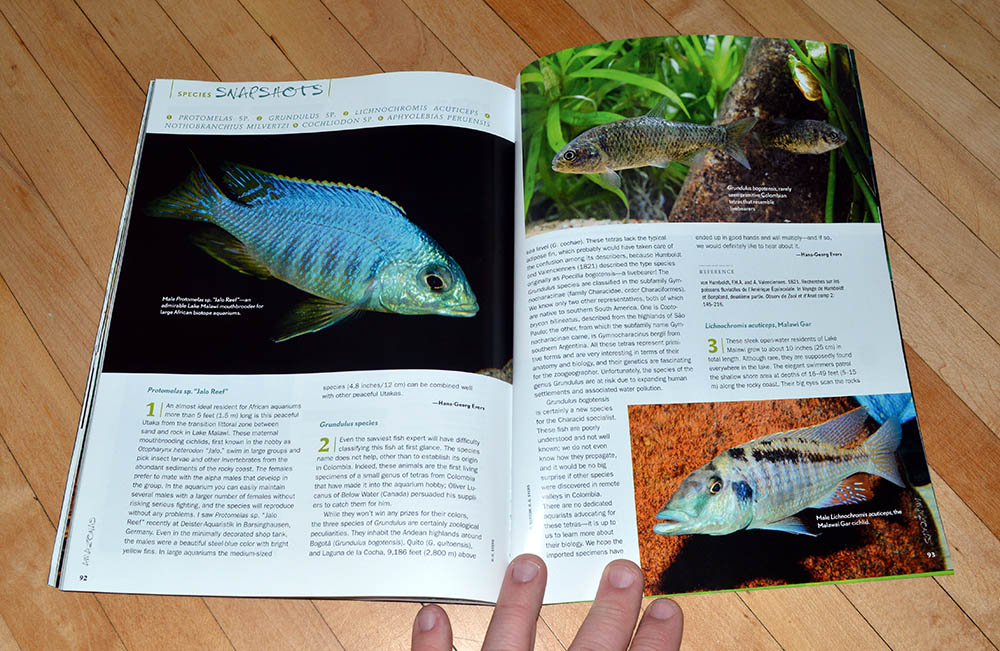