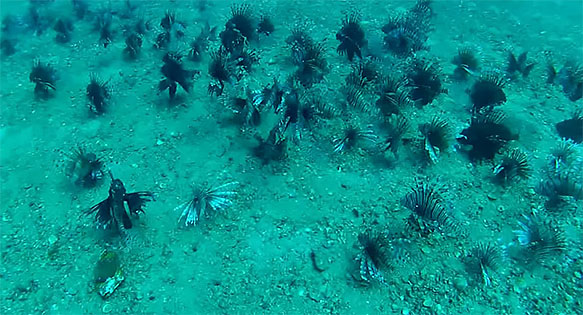 The story of the invasive lionfish in the Atlantic is old news. Still, if you didn’t know what a truly invasive species really looks like in the environment, if you don’t understand the out-of-control impact an invasive lionfish can have, Alex Fogg’s video from a lionfish derby of the coast of Pensacola, FL, sums it up very well.

I hope you cheered with every successful kill; Fogg ends his video noting that they removed 200 Lionfish from just this one location (all fish going to research or turned into food at local restaurants). Let this video serve as yet another reminder to never release your pet fish into the wild.

“This is why we can’t have nice things!”