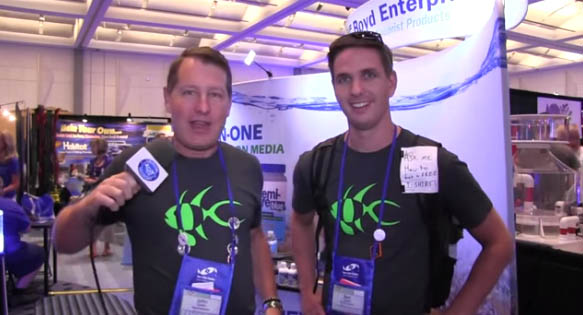 Ben Carlin and his father, Fincasters host John Carlin (also of Carlin Aquarium Systems), have announce the creation of a new online coral vendor, Mountain Corals, to generate funds that help cover operating expenses for the public aquariums at Roanoke’s Center in the Square. Watch the announcement below:

In what could be thought of as a mini free public aquarium, Center in the Square offers 5 publicly-accessible aquarium displays as educational tools aligned with state “Standards of Learning” (deemed SOL compliant), as well as simply to enhance the visitor experience to this museum and theater center in downtown Roanoke, VA. The displays include a massive 8000 gallon living reef, a seahorse & mangrove display, a jellyfish display, a Roanoke Logperch display (featuring native fishes of the Roanoke River) and a “Turtles of Virginia” display.

The goal of MountainCorals.org is to leverage existing capacity of the aquarium systems at Center in the Square to help fund the ongoing operating expenses of these aquariums.  John Carlin explained, “Essentially the aquariums are free to the public — which means they have hundreds of thousands of visitors — but no dedicated revenue stream.  So, we are selling corals raised in the system to help offset the costs.  We think this is a unique concept that will help hobbyists obtain awesome frags while helping the museum educate the public about our coral reefs, jellyfish, tidal areas and even mountain rivers.”

From the MountainCorals.org website, “We operate entirely out of our Life Support Center built to manage our 8,000 Gallon reef. Existing infrastructure, materials, and space keep our costs to operate extremely low, meaning that the maximum amount from each purchase at MountainCorals.org will be going directly to the care and maintenance of our beautiful Living Reef aquarium nestled in the mountains of Virginia.” 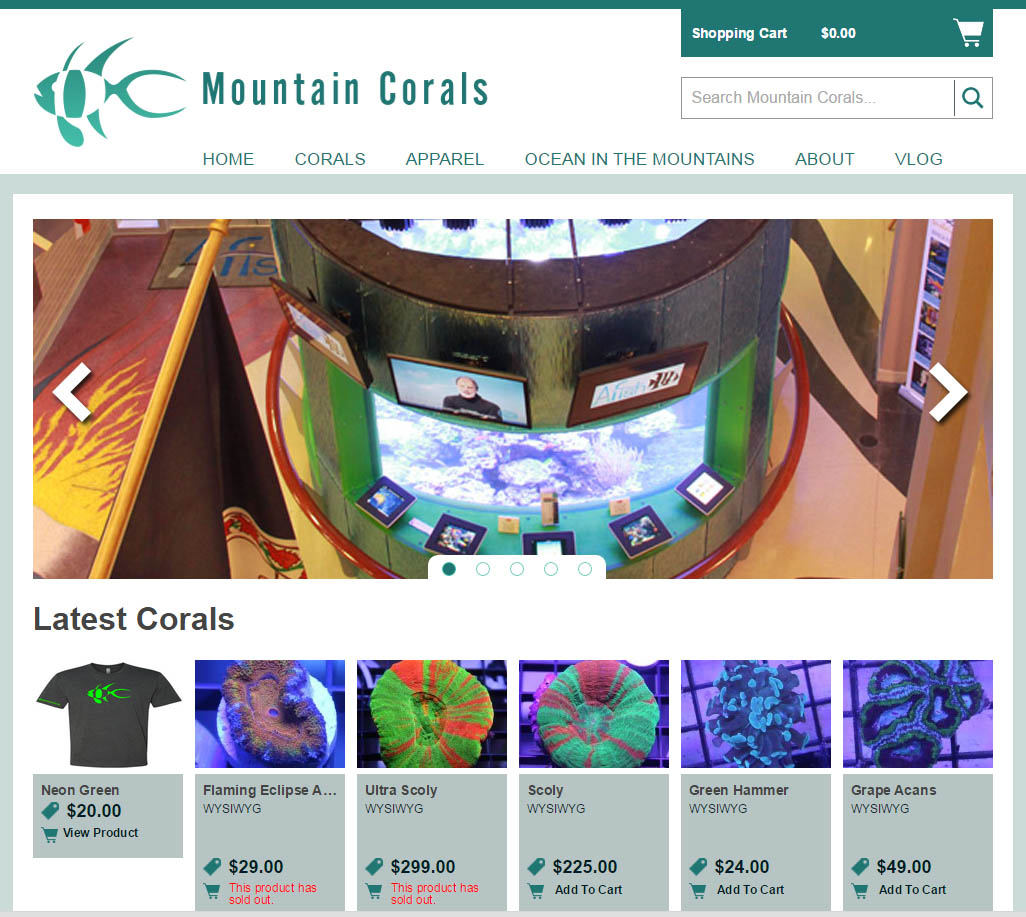 As John Carlin privately wrote when announcing this project, “100-percent of the profits from the coral sales are returned to Center in the Square.”

To get some additional background on the project and to see what goes into creating a massive, multi-thousand gallon reef aquarium, we encourage you to watch Fincasters’ Episode 14, which features the design and delivery of the aquarium by Florida-based Jeff Turner and Reef Aquarium Design (RAD).