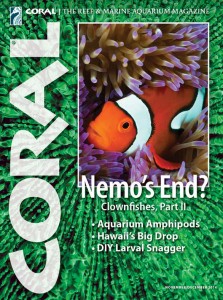 BUY the November/December 2014 Back Issue of CORAL Magazine