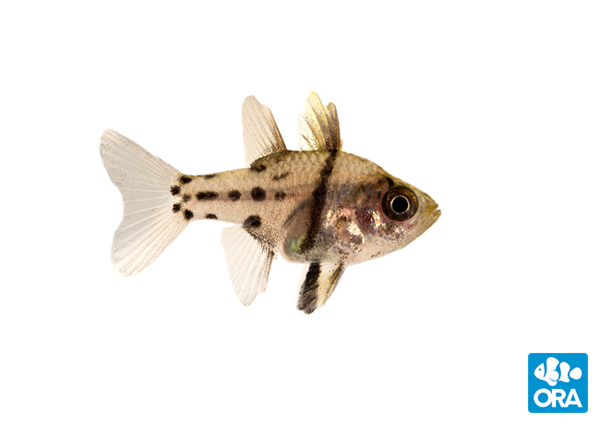 ORA continues to overcome the challenges associated with commercial scale production of captive bred marine fish. We were the first to tackle the entire Assessor genus with the production of the Yellow, Randall’s and Blue Assessor. With the Orbic Cardinal and Pajama Cardinal, we’ve now completed the entire Sphaeramia genus.

ORA was the first to commercially raise the Pajama Cardinal, nearly ten years ago. Since that pioneering achievement, we have succeeded in producing now six additional Cardinalfish species: Banggai, Yellow Line, Black, Blue Streak, Spotnape and now Orbic. We are proud to say that with the techniques perfected with these species, our production of Pajamas is now at a scale capable of replacing wild collection.

After some quick research, we found that there had not been any successful attempts to raise Orbic Cardinals. We discovered that our broodstock and larval husbandry techniques developed for Pajama Cardinals readily applied to the Orbic. Most aquarium hobbyists are familiar with the fascinating mouth brooding habits of spawning Banggai Cardinals. Many hobbyists assume that all cardinals reproduce this way and the fry are easily reared into adults. The Banggai is actually a rare exception amongst cardinal fish as it is the only tropical species that releases fully developed juveniles from the mouth. The other cardinalfish incubate tiny eggs that are held in the mouth right up until they hatch, releasing very tiny offspring.

While the Orbic Cardinalfish may not be as vibrantly chromatic as its close cousin S. nematoptera, this hardy fish offers hobbyists one more option when presented with the choice of purchasing captive bred over wild caught.