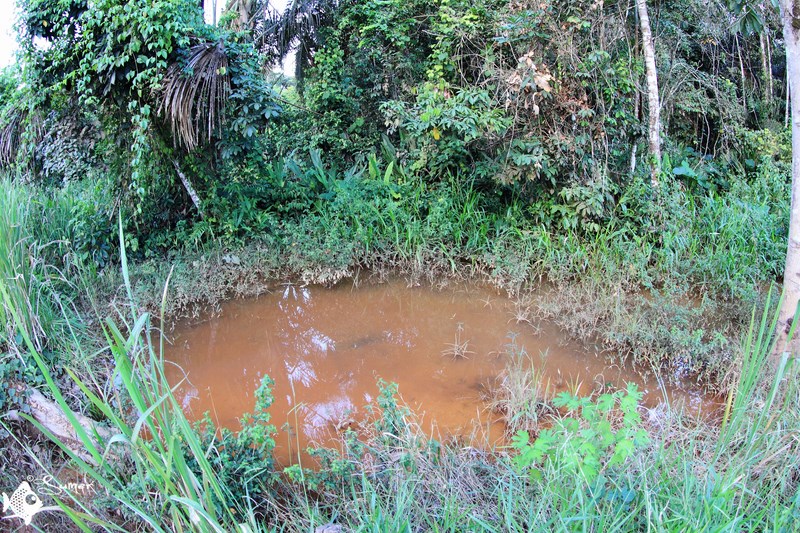 Typical dark water habitat. We were looking for a killifish species which has not been identified yet

We had one last day searching for fish in Peru. Our local guide Felix owned a large piece of land in the deep jungle near Las Pedras River. There were some nice streams and pools on his land, and we were anxious to make the journey to investigate them.

It was a two hour drive from Puerto Maldonado in our motocar. I have a bad habit of sleeping in any moving vehicle (except when it’s me who’s driving) so I dozed off in the motocar and the trip went quickly, at least for me.

We took a break where the motocar needed to cool down for a while. After a short break we started again. At around 10:00AM we finally reached a dead end road near the Las Pedras River. Felix’s in-laws had a small shop there where they sold homemade food, soda pop and water. We told them to start preparing food for us there because it usually takes 2-3 hours to cook the food from scratch. We started wandering in the nearby jungle with our nets.

A small video of all the mosses growing on the trees:

Here water was dispersed in a large area, not deeper than 5-6 inches. It was not easy to net the killifish in this conditions because they had a very large area to swim in. We all started walking in from the corners of that pool and this way we were able to bring most of the fish to one corner. We caught some specimen and I took their pictures. On a collection trip, it’s always better to take pictures of the fish when they are freshly caught. After catching them, they tend to lose their colours because of the shock. 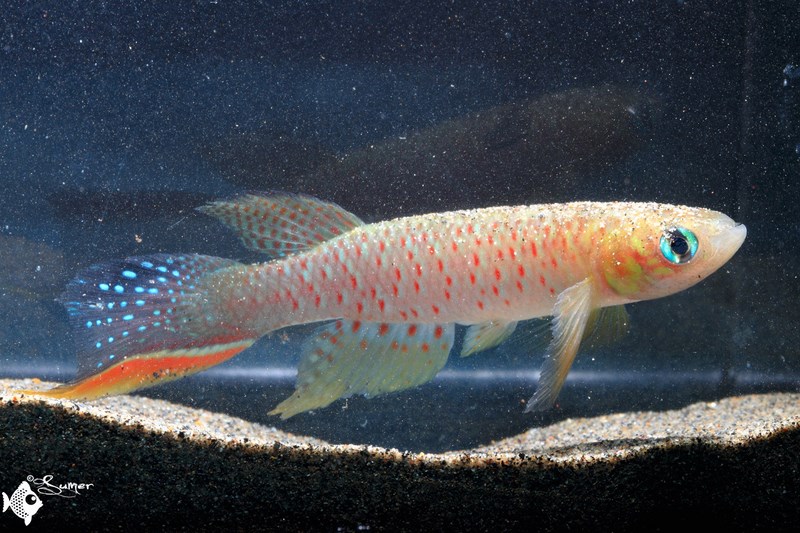 Male of Aphyolebias sp. that we collected near Las Pedras River 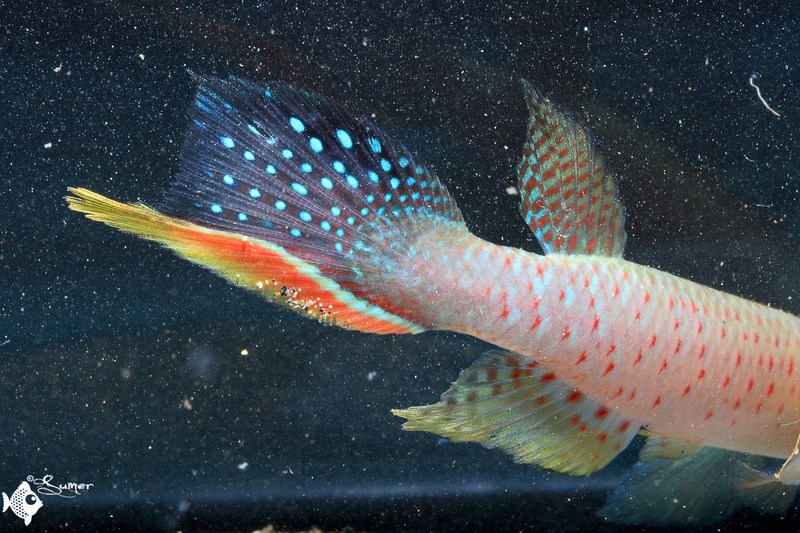 Closeup of the tail of male Aphyolebias sp. 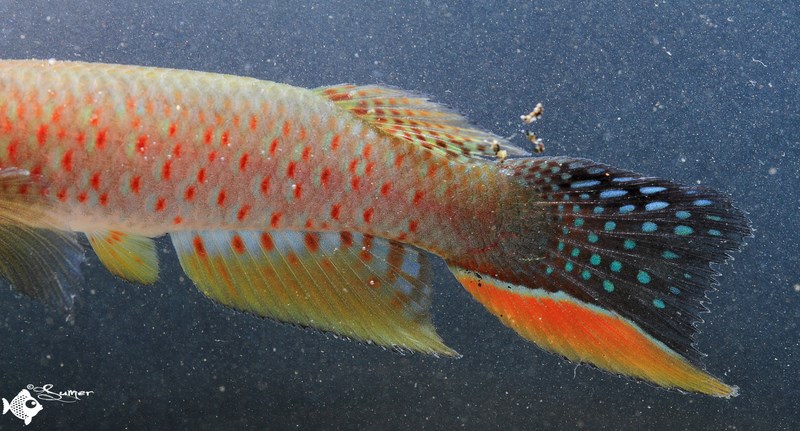 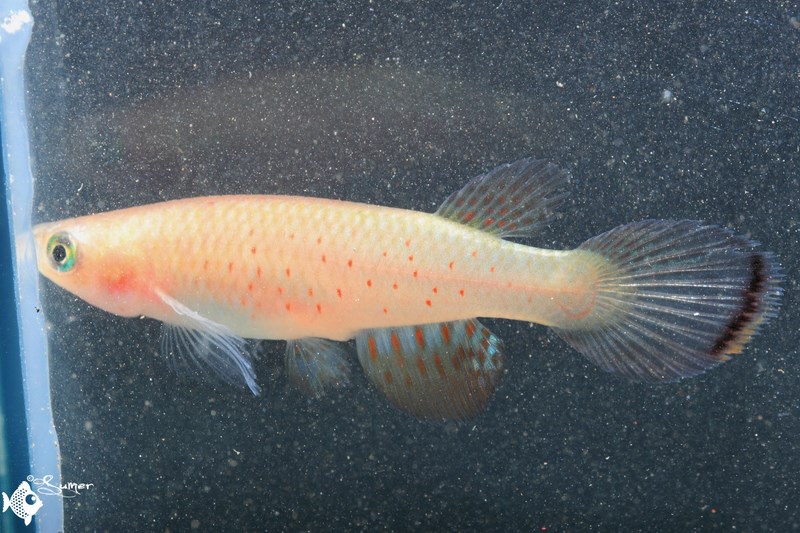 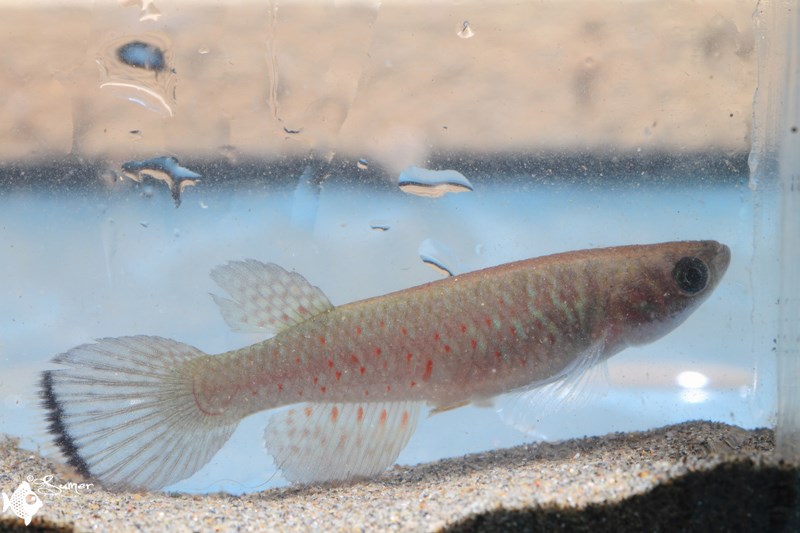 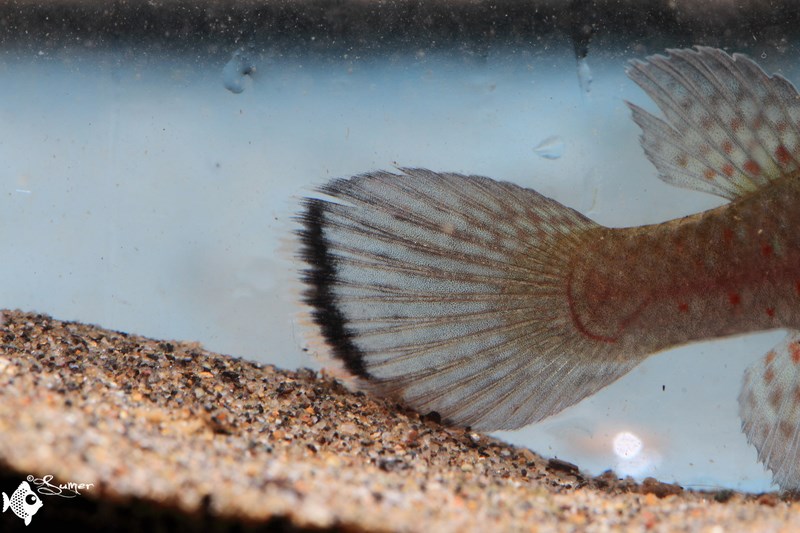 Closeup of the tail of female Aphyolebias sp.

We also collected some interesting catfishes: 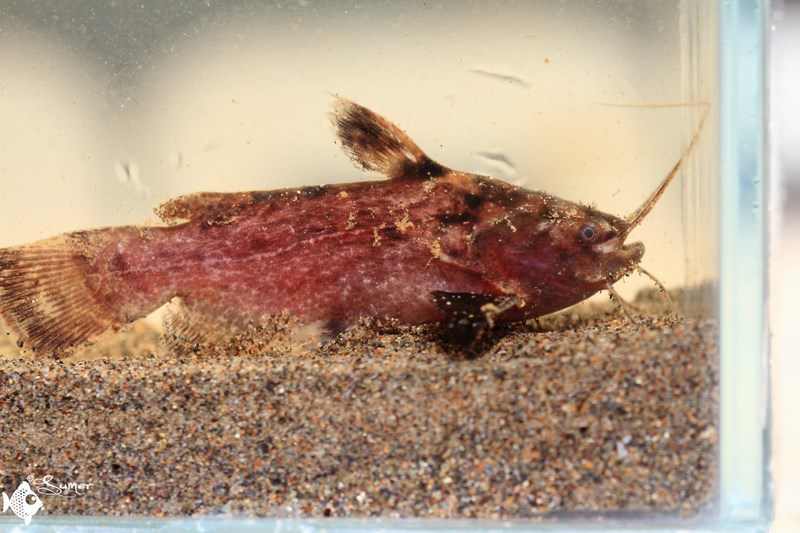 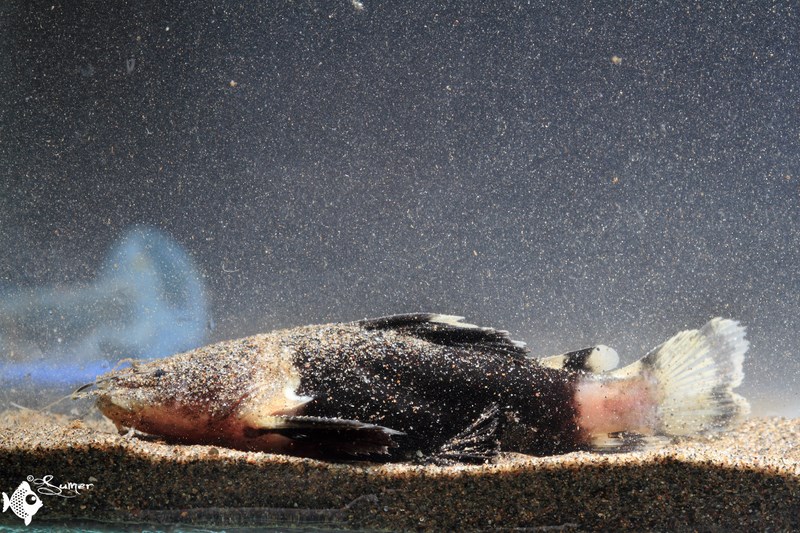 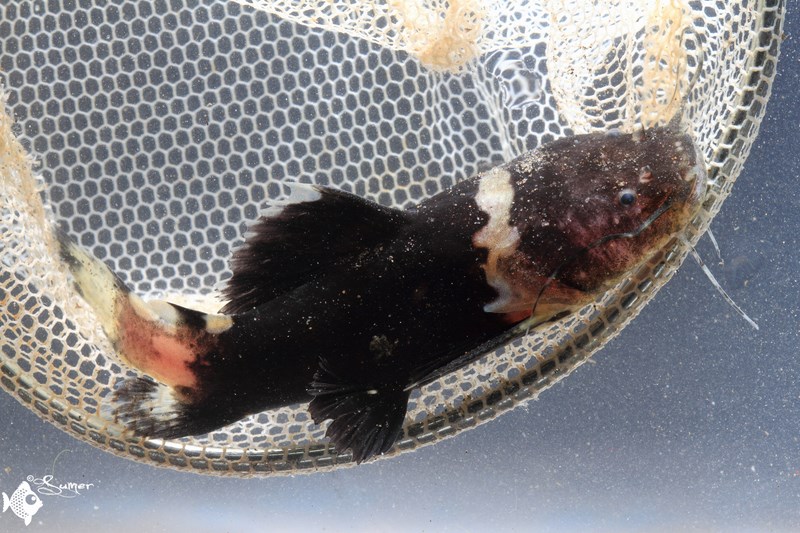 If we’ve ID’d this species correctly, these catfish can grow as big as two feet 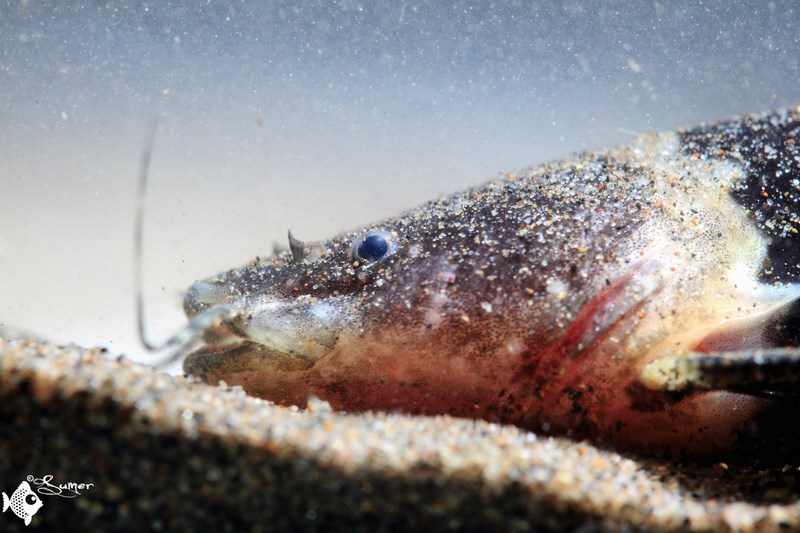 Closeup shot of the mouth 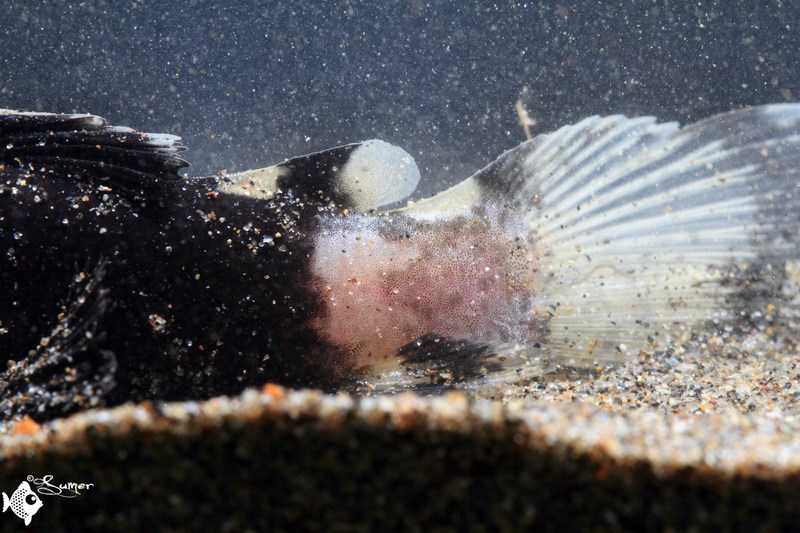 There is not much information available about these fish on the internet.

After taking pictures, we went back to Felix’s in-law’s place and had a nice lunch there. Next, it was our chance to try our luck with cories. Felix took us to a stream which was filled with grass and vegetation. The water was very cold here. I dipped my net and made a deep scoop. Voila! My net had 3 baby Corydoras sp. CW041, relatively smaller specimen.

Such streams full of vegetation serve as good spawning sites. Adults come here from the main river to breed. They lay eggs and leave. Eggs hatch, fry grow there and once they are big enough to go to the river, they swim to the river and will come back again to lay eggs. I should mention that cories live up to 8+ years of age, so this reproductive cycle will happen many times during a fish’s life. 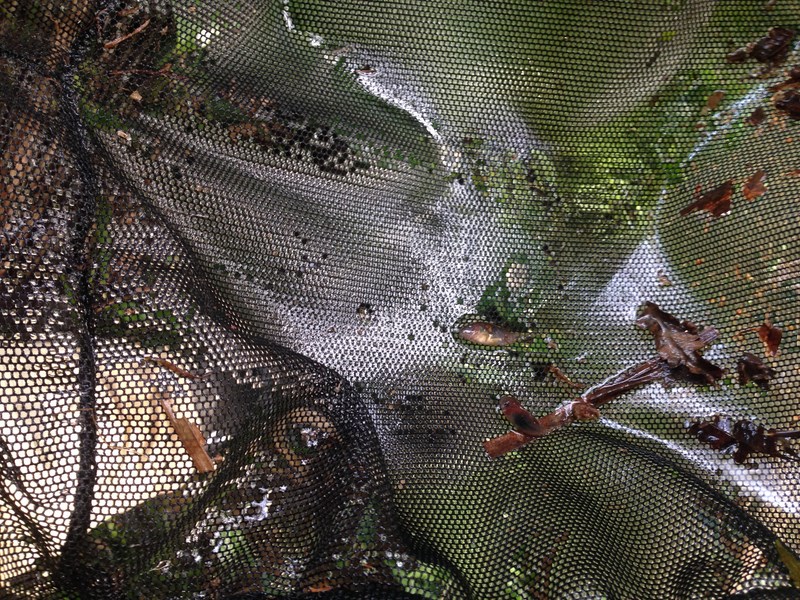 We released the cories back in the stream and started our journey back to Puerto Maldonado. We went to a local thai restaurant. Haha.. yes you read it right. Actually it was a lodge run by a Thai lady who also cooked food there. We had amazing pad thai. There I met Sam, a local guide who took people to Tambopata National Reserve for trips. I was game. We planned to start the next morning at 7:00am.

As we reached home, our co-inhabitant Marius, from Germany, insisted that I join him and see night life at Puerto Maldonado. I knew we’d be back pretty late but still I wanted to experience the culture and hence I agreed. We started at around 10:00 PM. After getting stopped at at-least three police check points for the driving license which Marius did not have, we somehow reached the downtown. There were many pubs playing very loud music and long queues of people outside each. We finally made our way into one and fairly quickly made some good friends there. I am still in touch with many of them on Facebook.

Time vanished into the night and by 1:00 AM I was getting worried about next morning now. I asked Marius to go back to home. When our local friends heard that, they said: “Party has just started my friend”. I had heard about “party all night” but when we came out of the pub at 5:15 AM, I realized what it actually means to party all night.

Sam, the guide was waiting for me at around 8:00 AM. I managed to grab a two hour nap before starting. I was sleepy but when you are out on such trips, you don’t let sleep come in the way. 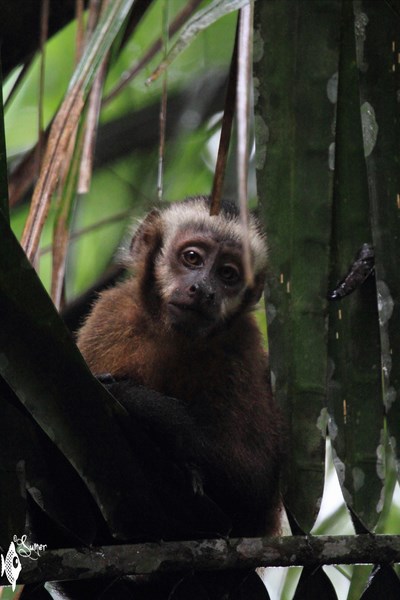 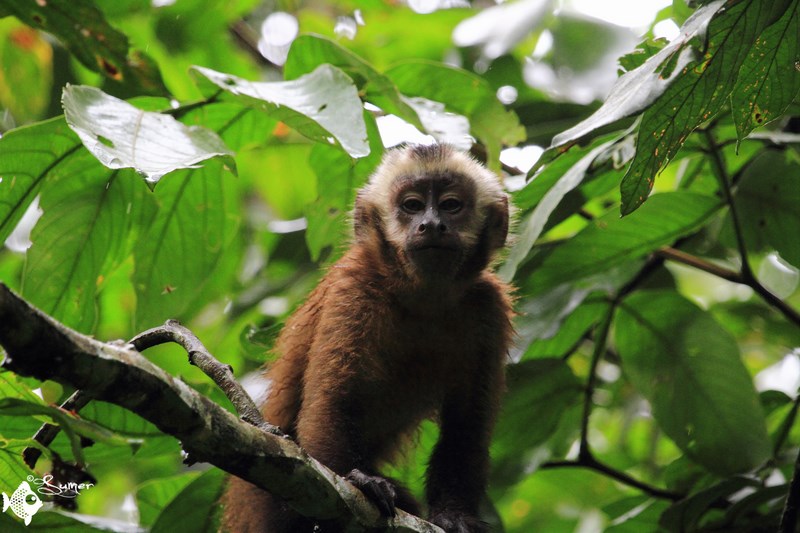 Since they don’t see a lot of people there, they were being very inquisitive. 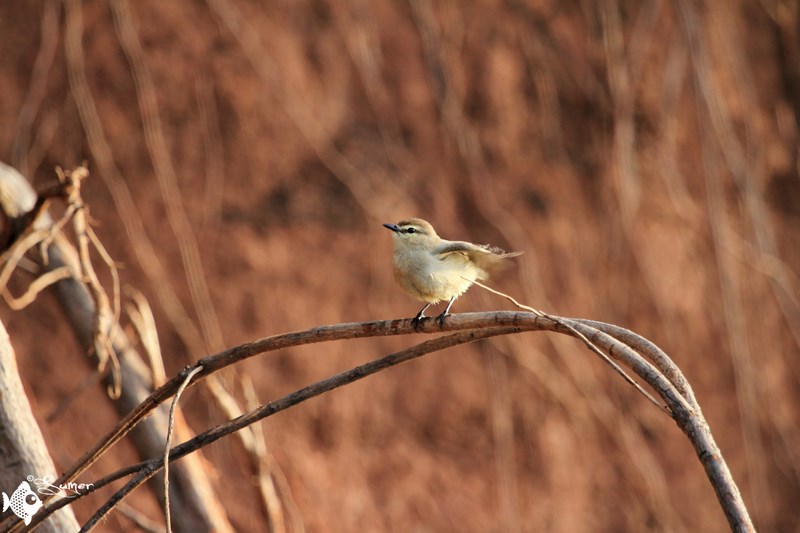 Drab water tyrant: A flycatcher that lives at the banks of rivers 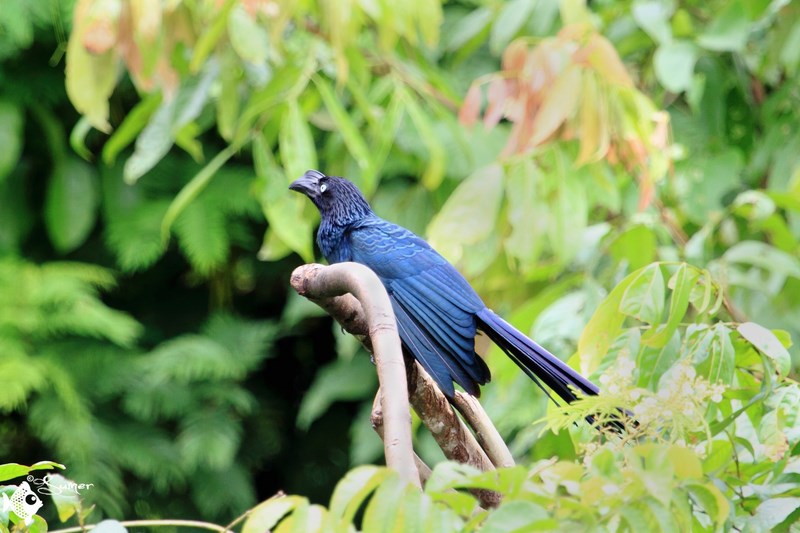 Greater ani, a relatively large bird from Cuckoo family. It lives near mangroves or water bodies. 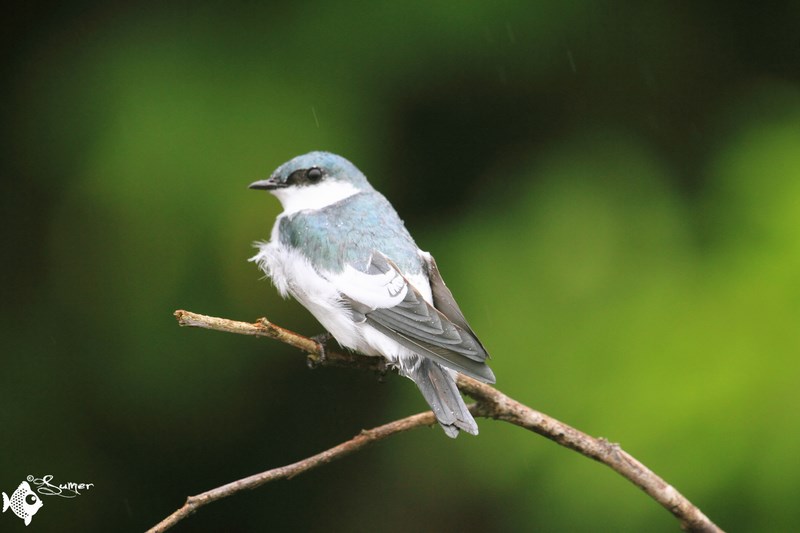 White winged swallow, another flycatcher that lives near water bodies and is found only in South America 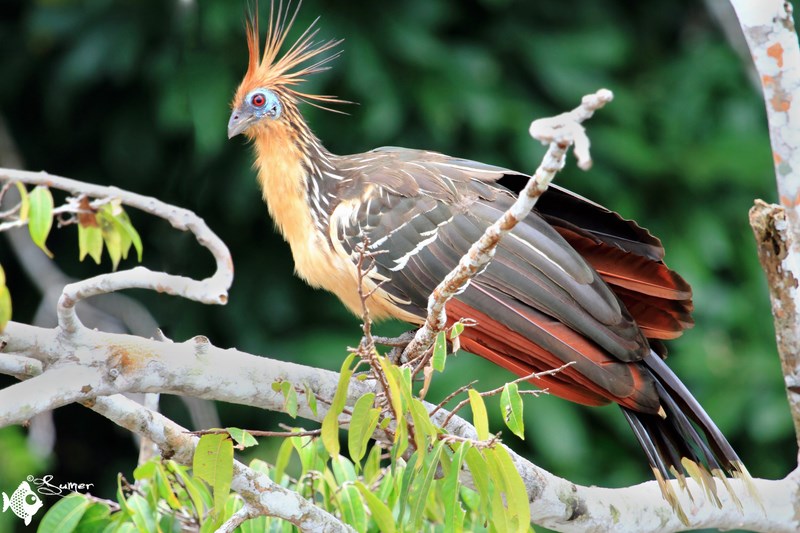 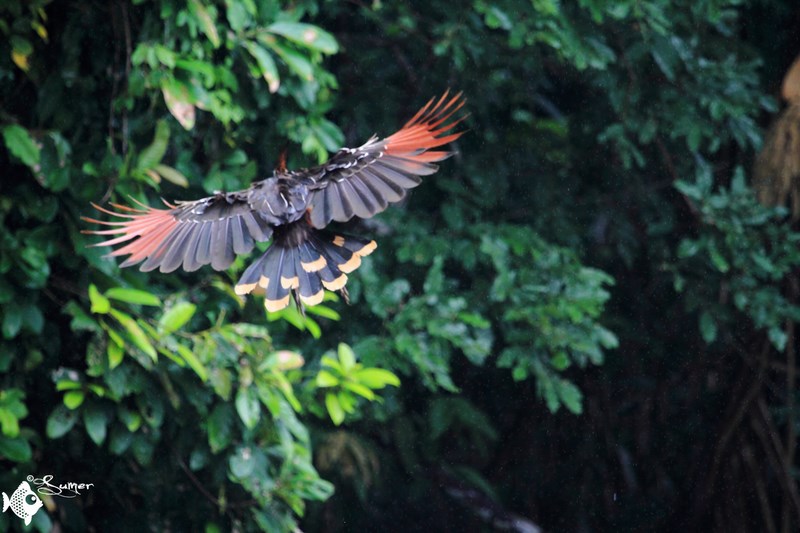 They are the size of a wild turkey. My camera did not hve any problem focusing on this big of a bird even in low light conditions 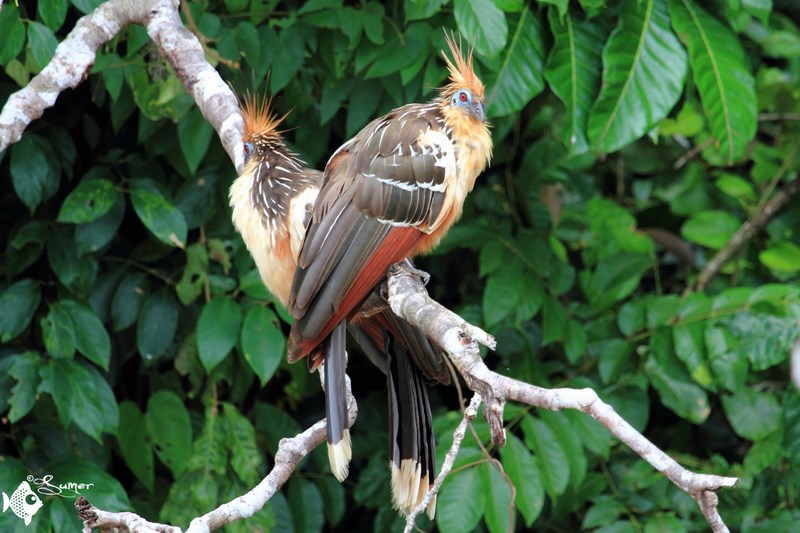 This was one bird that didn’t mind our presence. They did fly away when we came too close but otherwise they were not bothered by our presence

We then reached the entry point to the lake. We hired a paddle boat because motorized boats are not allowed in the lake. As we started in our boat, we saw some bats, macaws flying over us and squirrel monkeys. We took a small lunch break at a lodge near the lake and then again started sailing in the lake. Before this area was converted into a national reserve, people used to raise Araipama gigas here to eat. Now that it is a National Reserve, no one has ever fished in this lake and no one knows how many and how big Araipamas are in the lake. 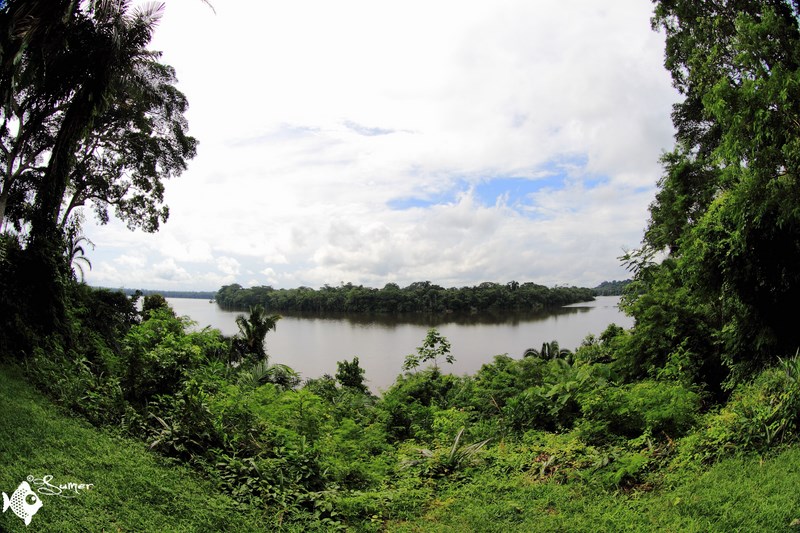 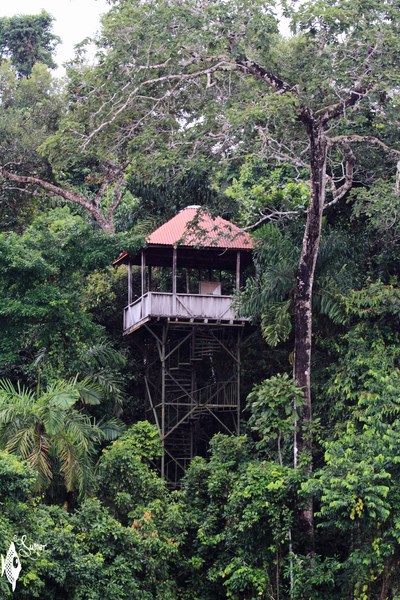 And then we saw the most anticipated bird: Macaws.

Macaws eat palm tree which is rich in sodium . According to the scientists, they do so to give their bodies the necessary amount of sodium. 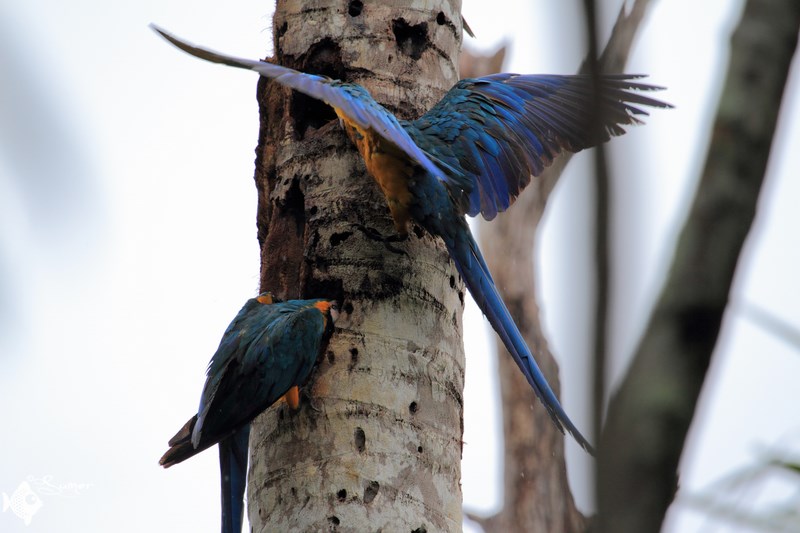 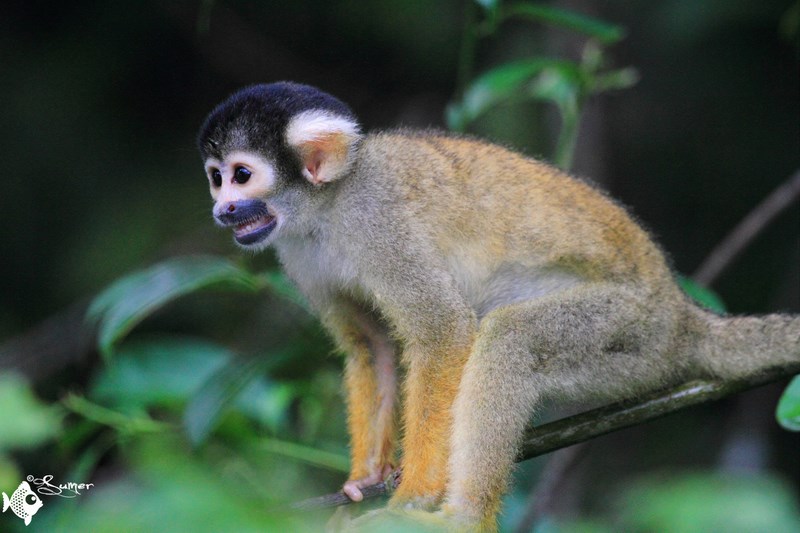 Squirrel monkey. They are about 30 cm long excluding tail. 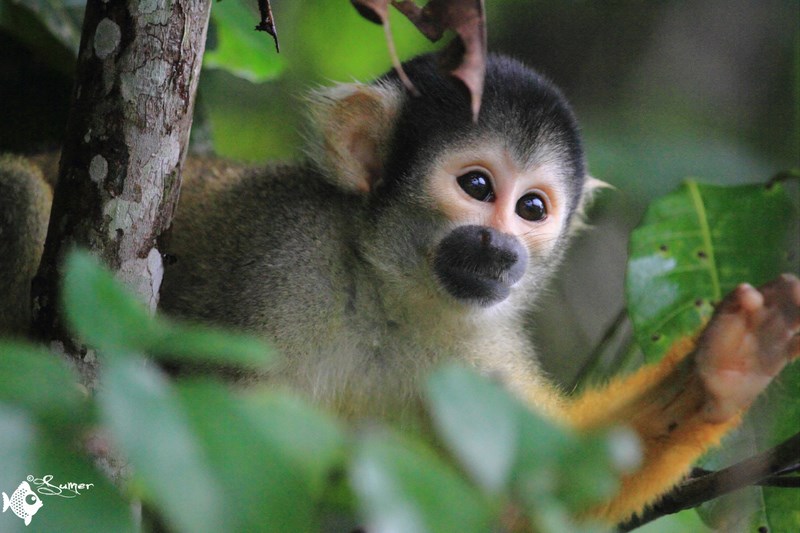 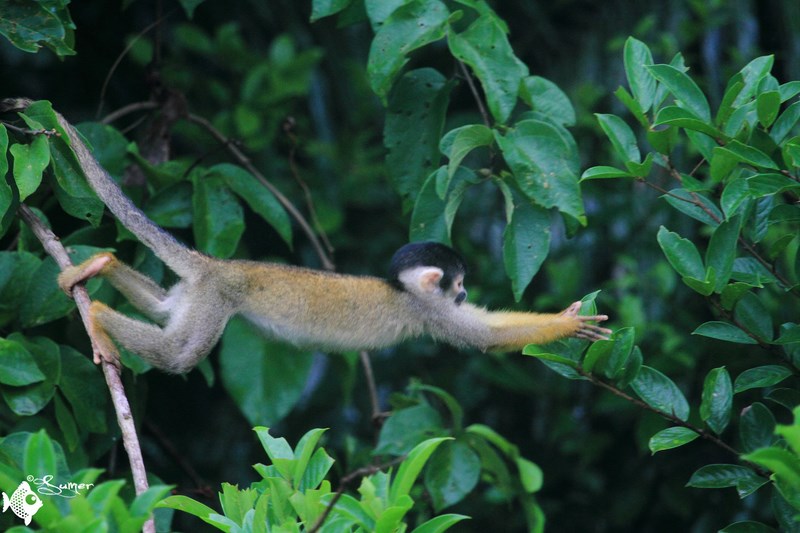 We made a stop at the famous Lake Sandoval Lodge which is at the bank of Lake Sandoval. While roaming around the lodge, I found some Riccia fluitans growing:

We did the hike back to our motorboat and came back to Puerto Maldonado by 6:00 PM. Brian came and met me in the downtown where we had our dinner at a local restaurant.

I had told Brian earlier in the trip that I collect stamps. So while I was out touring Tambopata National Reserve, he bought me a number of stamps – very cool. 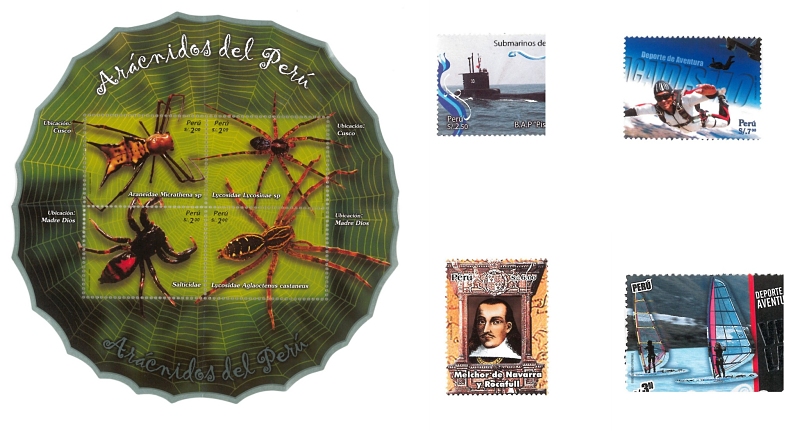 Peruvian stamps that Brian brought for me

The next morning I had my flight back to Lima at 9:30AM. I was saying goodbye to an amazing experience and my first fish collecting trip to the Amazon River Basin. I had a great time in Peru with Brian and Felix. Thanks to them for everything.

I hope to make more of such trips; I am in the planning phase of another trip. Details to follow soon.