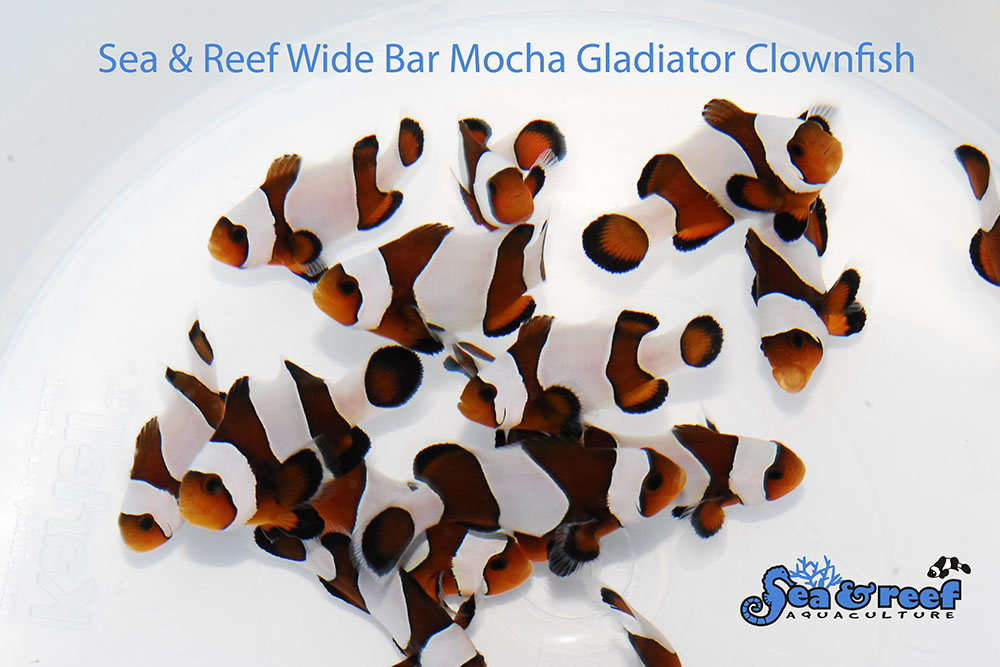 These two parental forms, when mated together, will produce some Wide Bar Mocha Gladiator Clownfish: 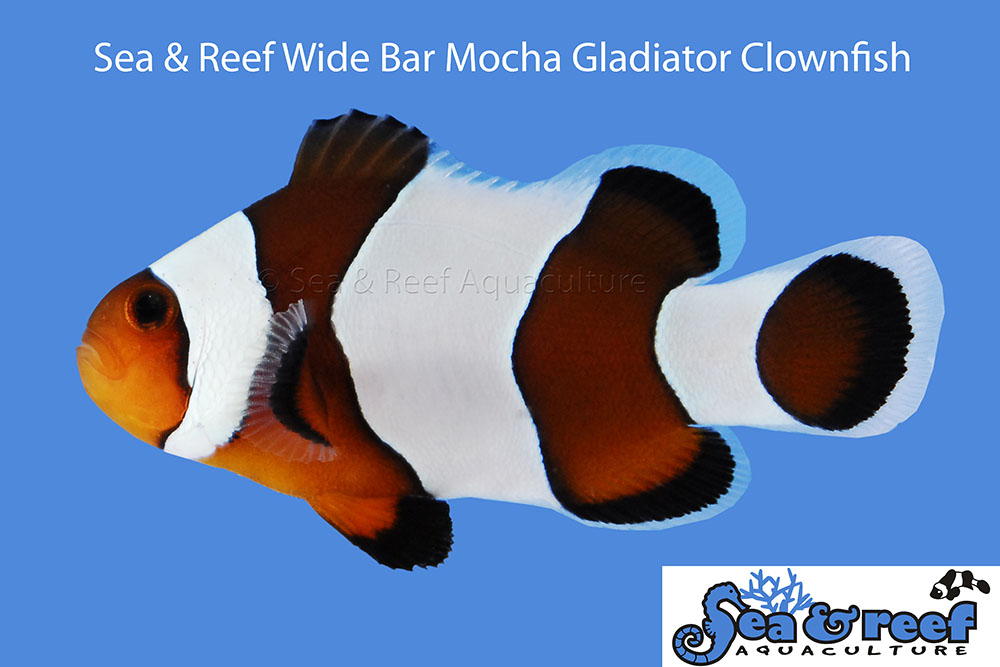 (The mating of a Darwin/Black Ocellaris with a standard wild-type Orange Ocellaris is referred to as a Mocha. Thus, the naming of this new designer form reflects both the Wide-Bar genetics as well as the hybrid parentage; it is assumed that any progeny from this original cross which do not display the wide-bar trait are likely not carrying the genetics, and therefore would simply be Mocha Clownfish – editor’s note, Matt Pedersen)

The production of Wide Bar Mocha Gladiator Clownfish is the first step in producing a Wide Bar Clownfish with darker coloration. We expect to produce an all-black and white version of this Wide Bar designer clownfish in the future.