Bulgarian Green Angelfish Genetics Arrive in the US! 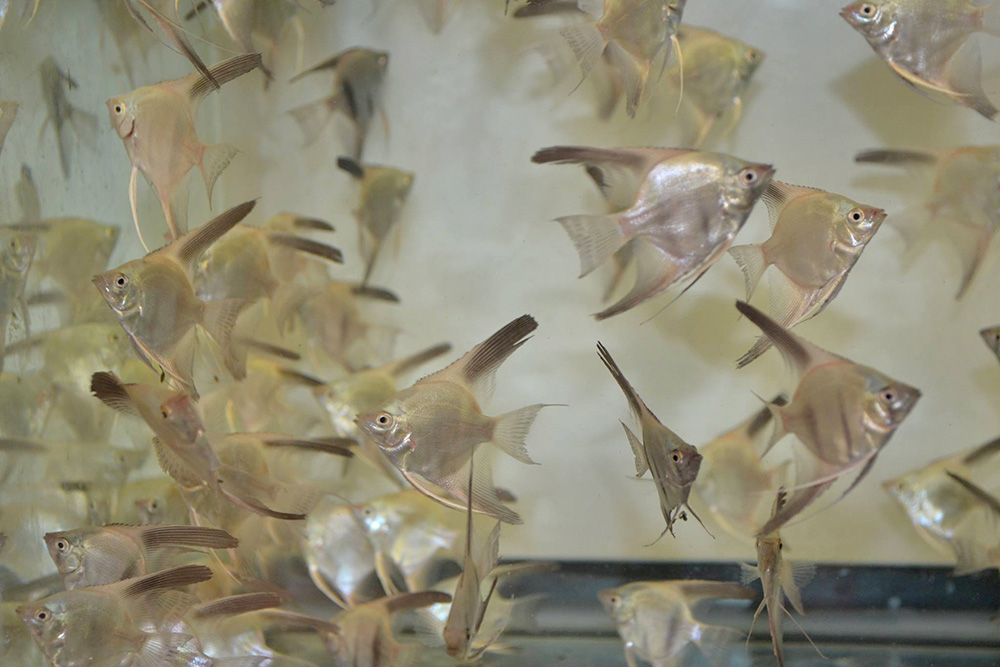 Angelfish carrying the coveted Bulgarian Green genetic have finally arrived in the US.

David Labell, proprietor of the retailer/wholesaler/importer AngelfishUSA, has been extremely busy.  In just a few short years, his business has exploded, bringing in Tony Tan Discus and a growing list of international partners, and growing into the DiscusUSA brand as well. In the past weeks Labell has announced partnerships in the Philippines and Taiwan that will bring presumably commercial scale quantities of captive-bred forms of rare wild variants into the hobby, including  F1 wild-strian Discus, Red Shoulder Manacapuru Angelfish, and even the amazing and coveted red-finned Sta. Isabel Angelfish. We may be looking at a bit of a renaissance the Angelfish world if all goes according to plan. This is all exciting, but…

In what can only be described as the latest crowning achievement, Labell has successfully negotiated and executed the first importation of the newest Angelfish genetic mutation known to exist – the Bulgarian Green gene. 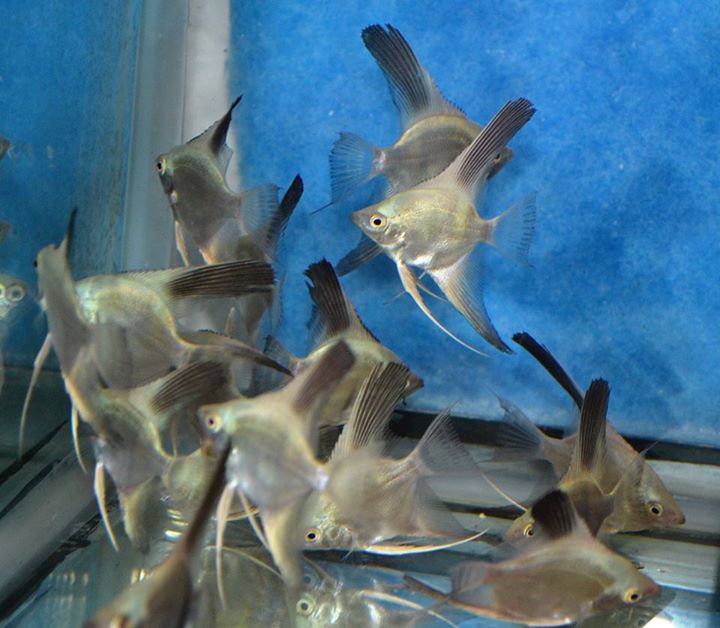 The same Angelfish carrying the Bulgarian Green gene after a day of settling in following their arrival in the US.

AMAZONAS Magazine first covered this emerging new Angelfish genetic variety in my Angelfish genetics article, published in the January/February 2013 issue (we’ve published an excerpt of this article online today as well). It’s amazing that in less than 2 years, this new form of Angelfish will finally start making its way through the tanks of domestic angel breeders around the country and beyond.

Of course, the story of the Bulgarian Green gene goes back more than two years; Raiko Slavkov has been working with this discovery for quite some time. One of the first fish with this gene brought to our attention was the “Bulgarian Seal Point” phenotype, as named by Slavkov, shown in this 2011 video:

Much of Slavkov’s work with this new gene has been documented as it happened on the Angelfish forum, TAF-II. Such online documentation offers a glimpse of a world that in the past, few would have ever known. The real-time, world wide documentation of Slavkov’s Bulgarian Green project provides an unprecedented historical record documenting the emergence of what will surely become a highly coveted form of Angelfish in the years to come.

This gene, currently using the abbreviation “bg”, is currently awaiting formal testing by breeders and thus, official canonization through The Angelfish Society. This will take some time, but the raw material is on hand and being quarantined at AngelfishUSA at this time. 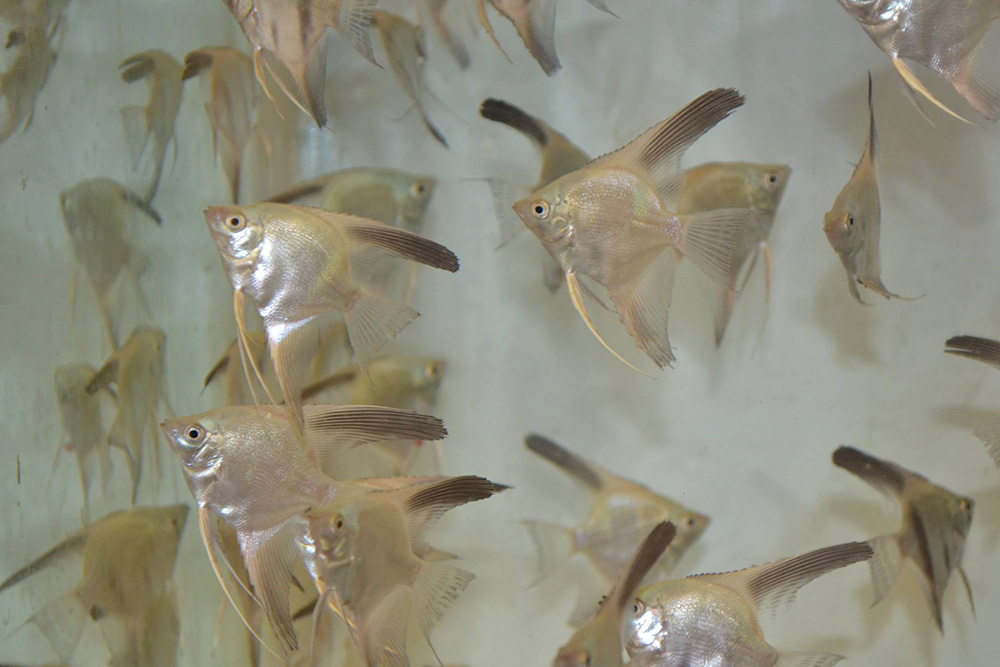 Another look at the young angelfish carrying Bulgarian Green genetics, fresh from their trans-Atlantic trip.

Labell received an assortment of phenotypes and genotypes in his shipment from Slovkov, approximately 300 fish. The layperson won’t care much for the next little rundown of genetic material, but any angelfish breeder will recognize that there is an entirely new range of Angelfish waiting to be created by our hobby.

Box #1, consisting of 50% Manacapuru offspring, the progeny of Dark Bulgarian Green Parents. Offspring with “bright fins” are genetically (bg/bg), while any with dark fins are either (D/+ – bg/bg) or (D/D – bg/bg)

Box #2 consists of two genotypes, having the mix of Philippine Blue genetics (pb) and Bulgarian Green genetics along with the Dark gene; consisting of (D/+ – pb/pb – bg/bg) or (D/D – pb/pb – bg/bg), and…

Box #3 primarily contained a small amount of the same, with the remainder being (pb/pb – bg/bg), said to look similar to the Platinum Angelfish, which is genetically a little bit different (g/g – pb/pb).

It may take some looking back at Slavkov’s notes to determine which genotypes and phenotypes have been given names; at the moment the Bulgarian Seal Point name may or may not apply to some of these fish.

This first shipment was small…3 boxes, 300 fish. The anticipated release date, if all goes well, is around October 20th, 2014, and Labell expects all the fish to sell out in a day or two. They will probably be sold in group packages vs. ala carte. Your best chance to get these fish is presumably to follow the Angelfish USA Facebook page like a shark trailing bait!