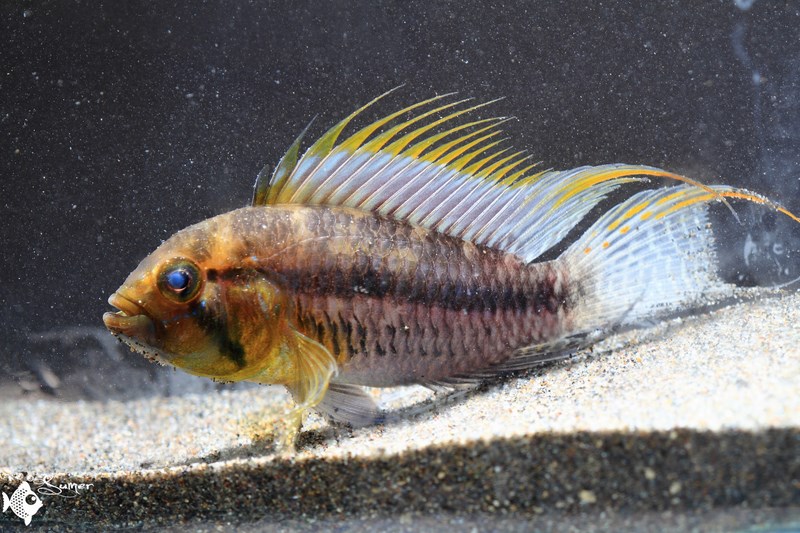 Apistogramma luelingi male. One of the many Apistogramma species found in Amazon river basin

The next morning when I woke up, I ran straight into the fishroom where we had “jarred” all the Aphyolebius rubrocaudatus killifish from our last catch. Considering they were in a confined space for the first time, all of them were doing great. We fed them some flakes and dried bloodworms soaked in water. Some readily accepted the feed and some didn’t.

We got ready. After a quick breakfast, we started driving in our motocar towards a nearby village with few streams, where Brian had fished previously. Locals were enjoying the cold water of the stream on that sunny day. We stepped in and started dipping our nets.

After catching a few Aequidens sp. , Brian called out my name, excitement ringing in his voice, and that was when I realized, he had caught something very interesting. Like my expectations, it was amazing and beautiful Apistogramma leulungi. Felix, our local guide, continued to net around us and half an hour later we had a trio of these beautiful apistos. 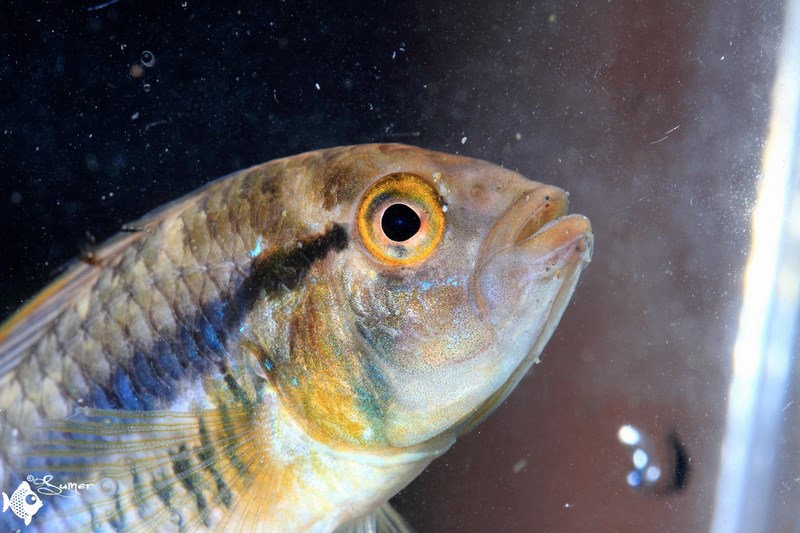 A tight close shot of the mouth. Surprisingly this male was in excellent condition unlike most wild caught fish which had nipped fins etc. 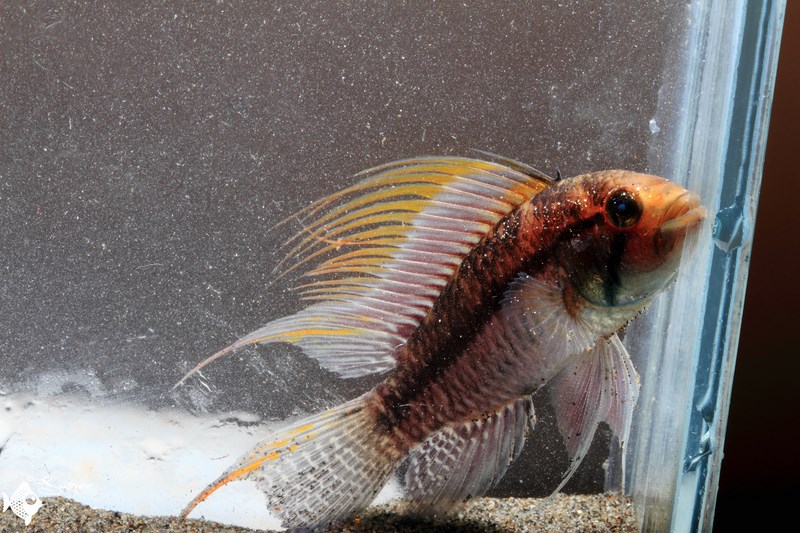 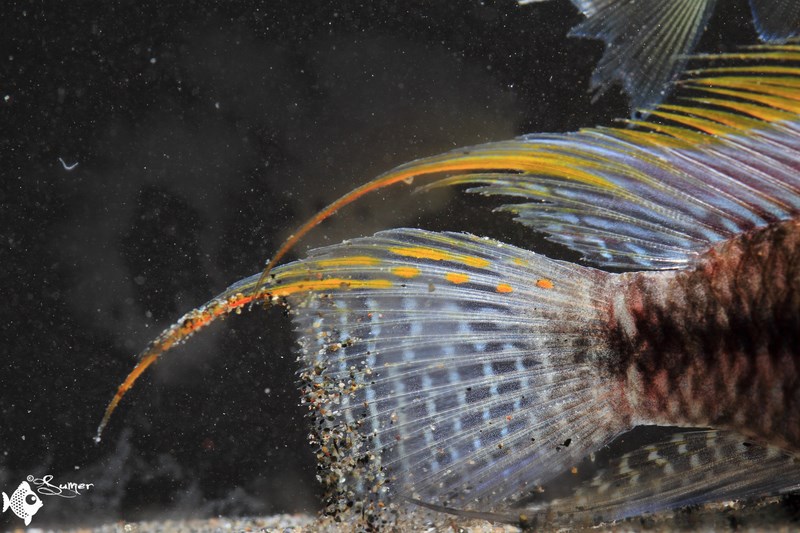 Closeup shot of the tail. 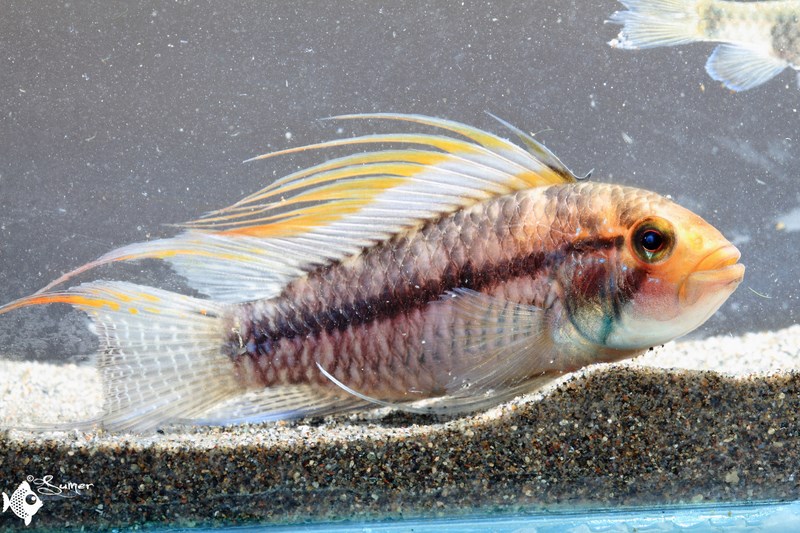 This male was around 2.5″ in length

Within an hour we caught some Aphyolebias rubrocaudatus, some Porthole Catfish or Dianema longibarbis, Wolfish (Erythrinus sp. “Peru” ) and some tetras. Felix stepped further into the stream dipping his net in deeper water. After a few dips, he came back with a very beautiful knifefish, Gymnotus chaviro. 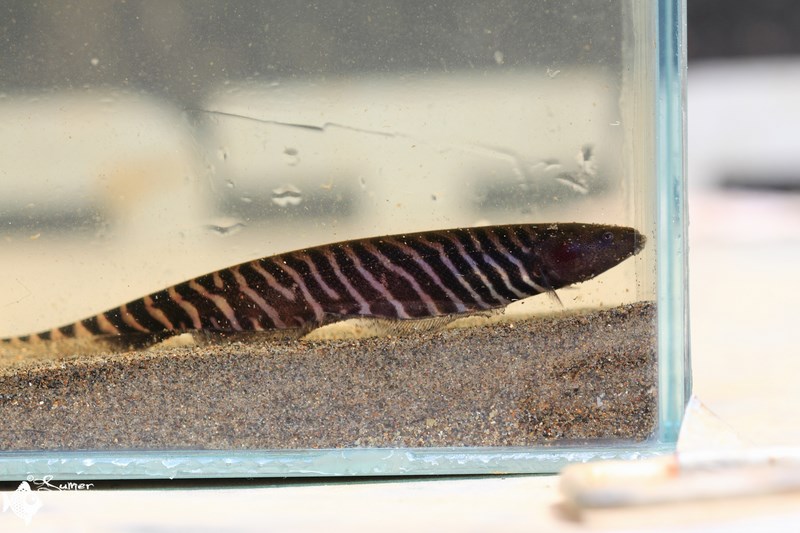 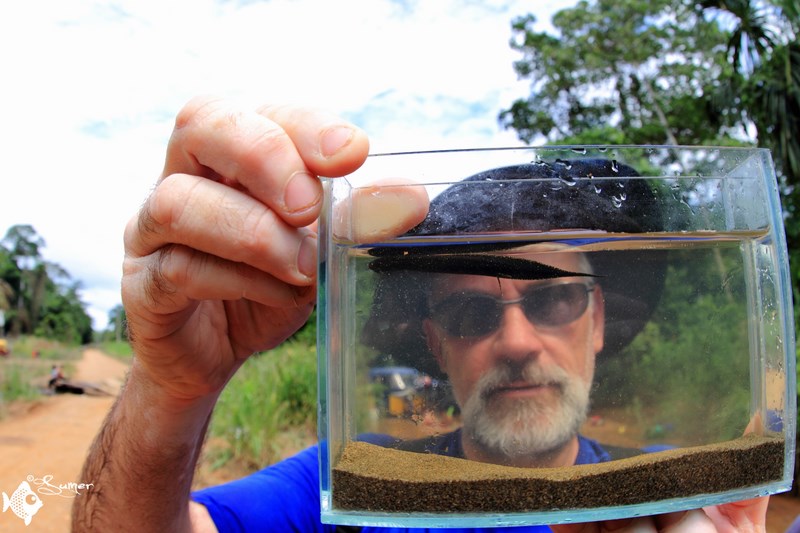 While I was appreciating the beauty of this knifefish, Brian came back with a weird catch. It first looked like an eel, but after a close inspection, we found that it had organs which are a characteristic of lungfish. I was not 100% sure about it, but based on it’s appearance and “legs” it probably was a lungfish, and we’ve since come to identify it as Lepidosiren paradoxa. 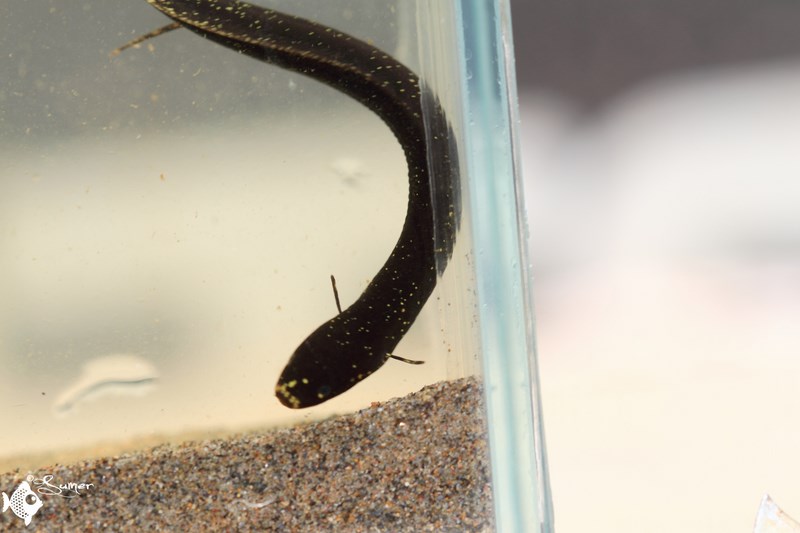 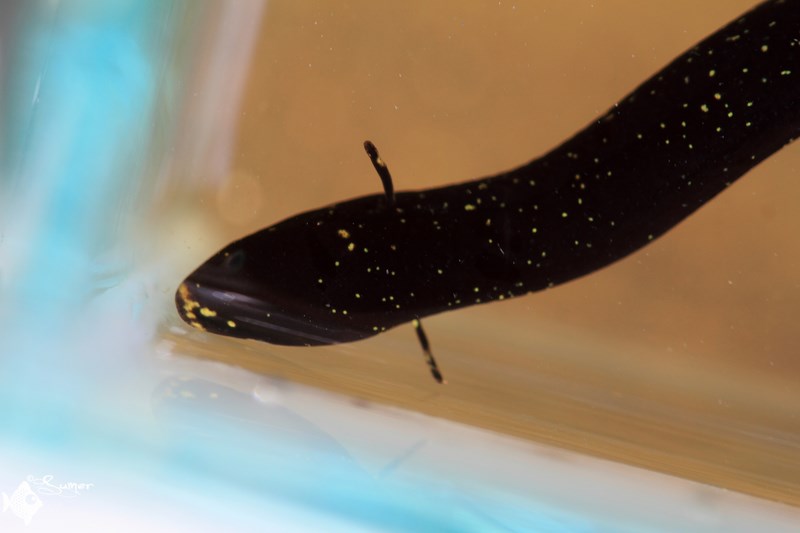 Yellow freckles fade as they grow bigger in size

We released both the lungfish and knifefish back in the water and bagged some tetras and apistos. Once out of the stream, we socialized with the locals there and after taking some pictures we left for another place. 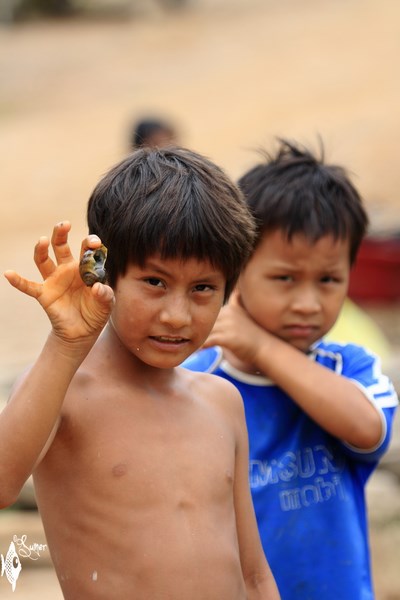 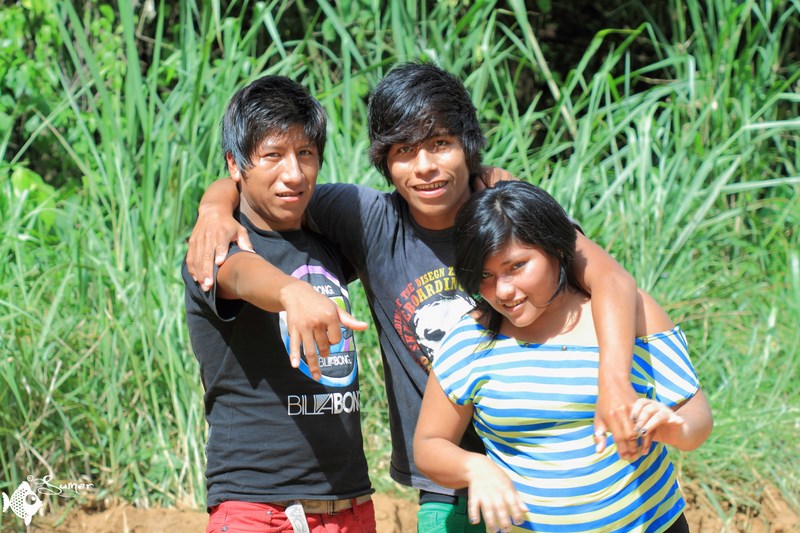 A group of youngsters posing for some photographs 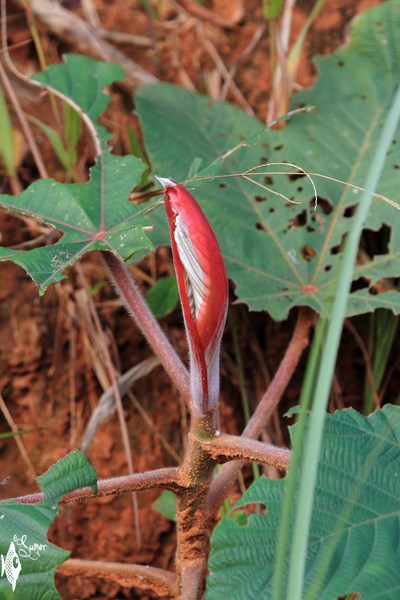 A new emerging leaf that looks like a flower 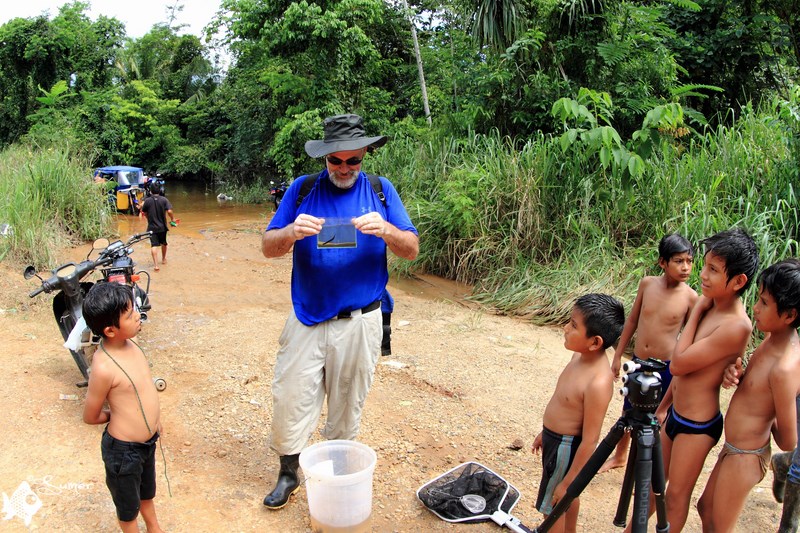 Brian inspecting the lungfish and local kids getting excited about it 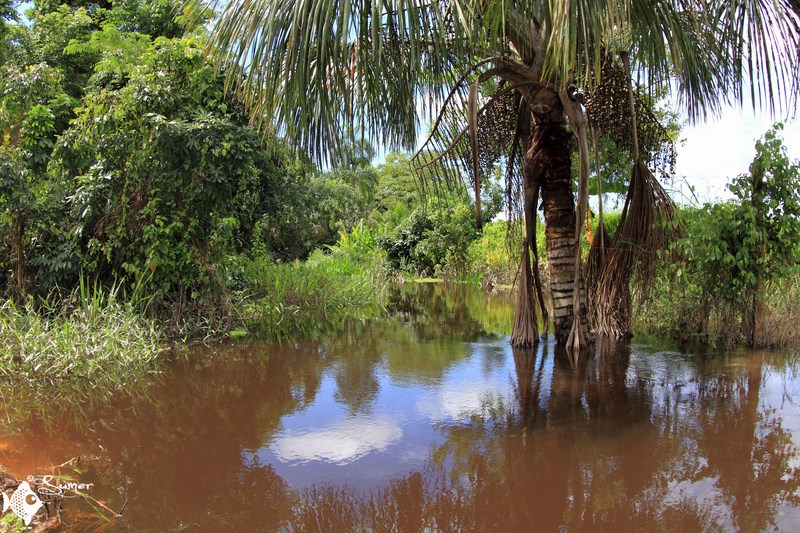 This was the pool where we caught these fish. pH of 4.6 and temperature of 79F. A perfect blackwater tropical biotope

It was around 1:00PM and we were driving towards a new place where Brian had caught a non-annual killifish a few years ago. We were not sure if that place will have water or not because it was very close to a highway and they might have filled that pond for construction. We reached our destination which was a small bridge over a stream. It was very dusty there because of its close proximity to the highway. We went in and started dipping our nets. It didn’t take us long to catch our first Rivulus christinae, a very beautiful non-annual killifish. We also caught some tetras from the same spot. 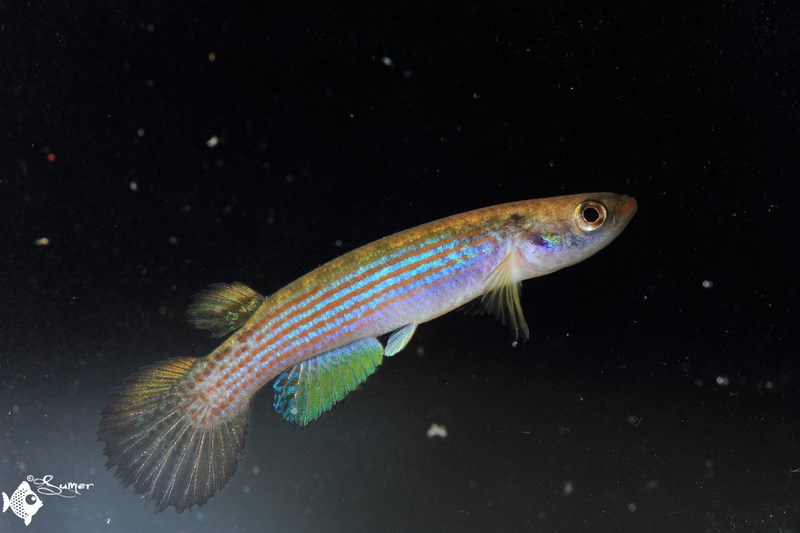 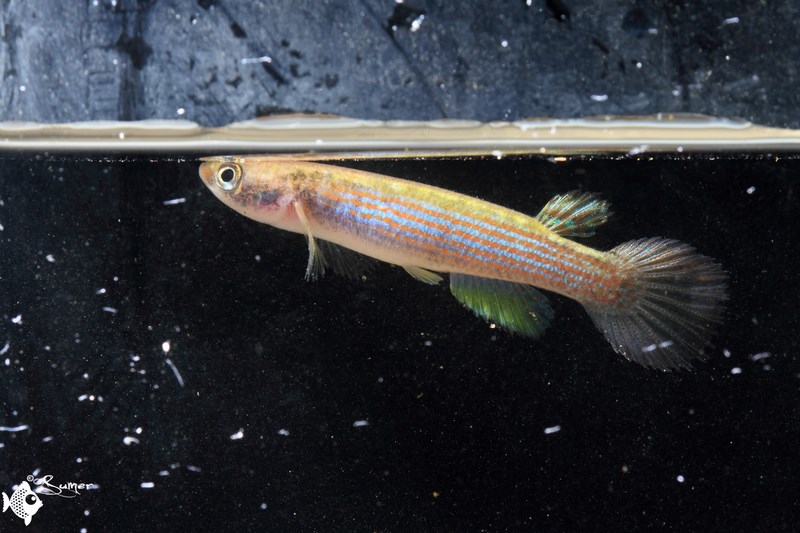 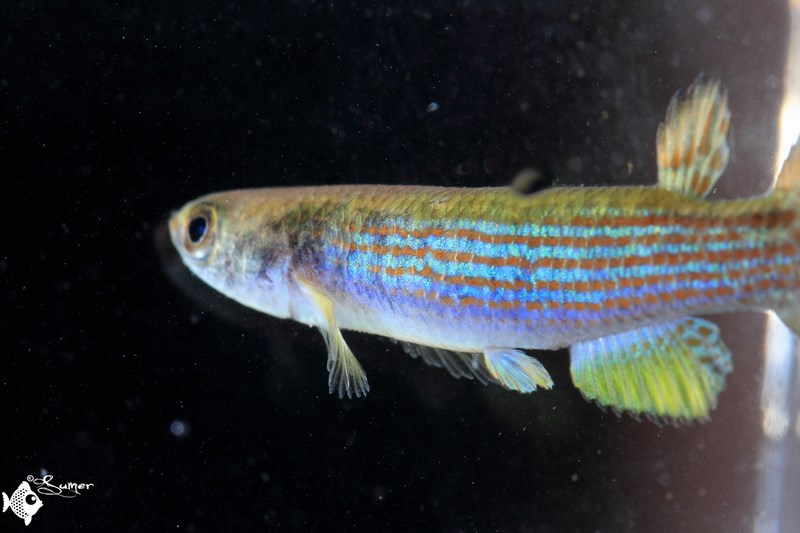 closeup of the colors on male’s body 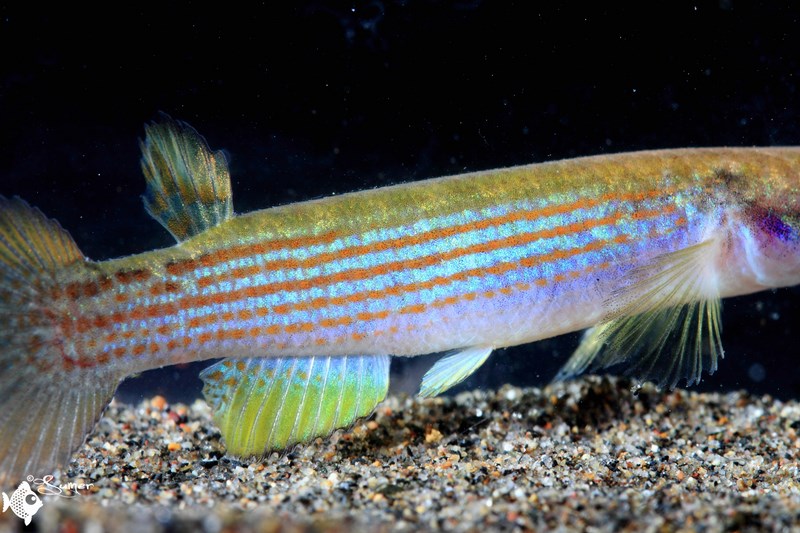 These were around 2.5″ in length 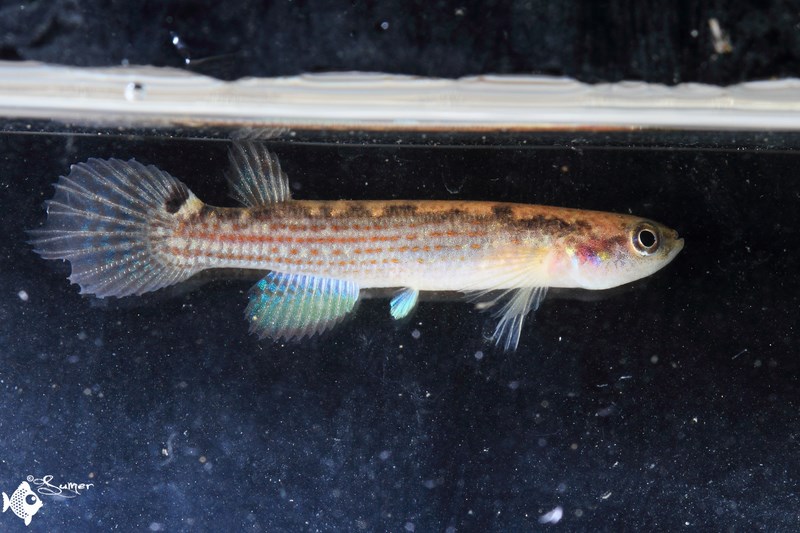 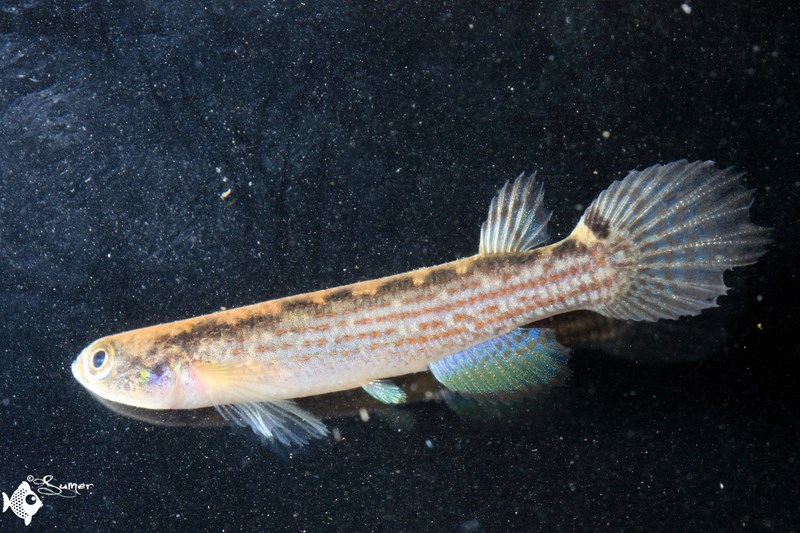 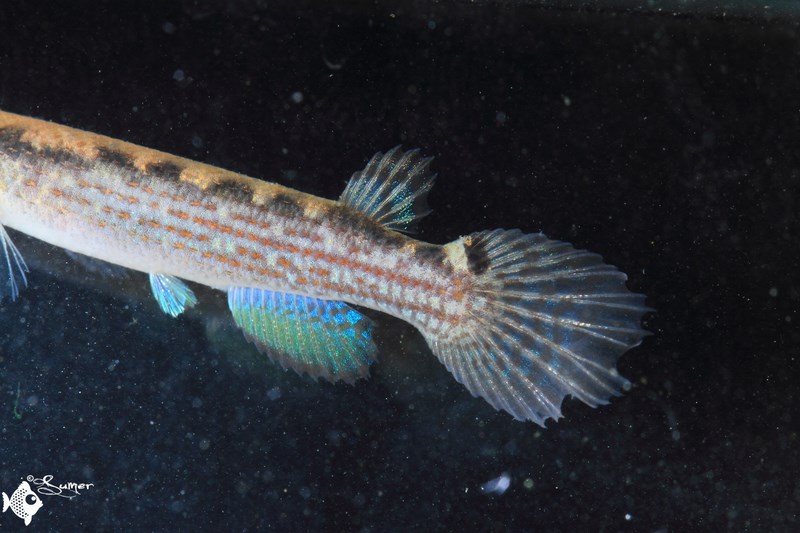 Closeup of the tail 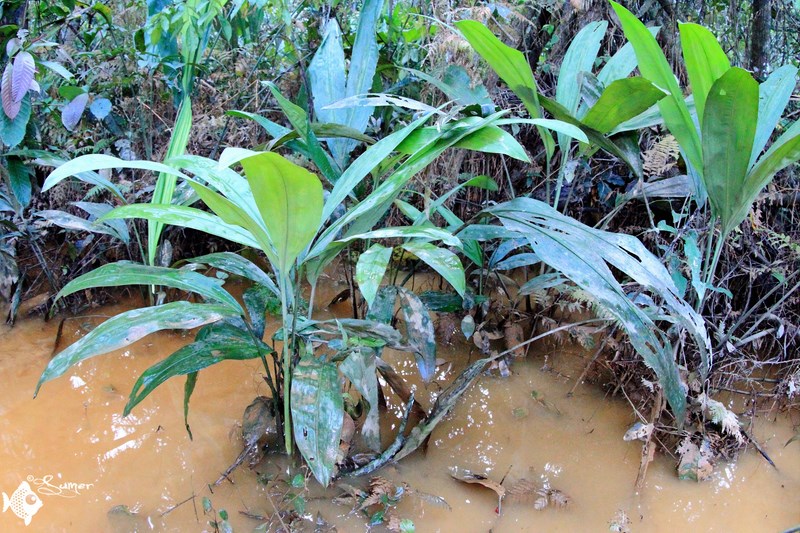 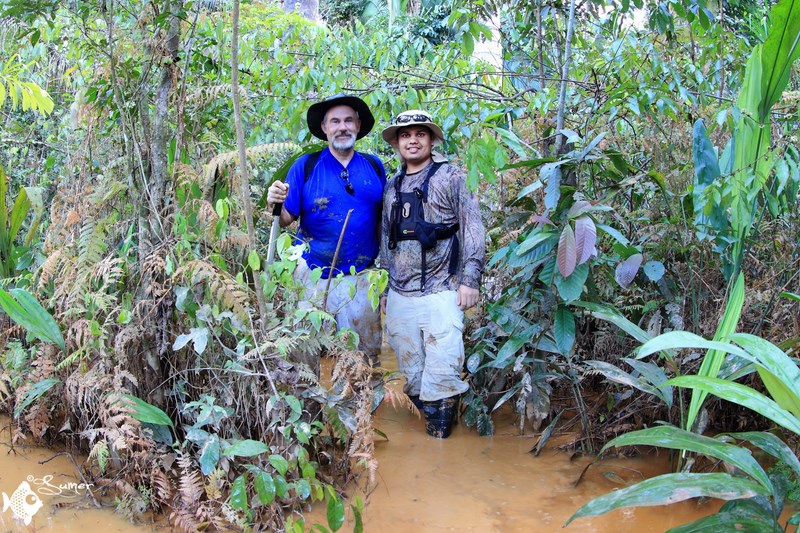 Brian and I posing for a photo 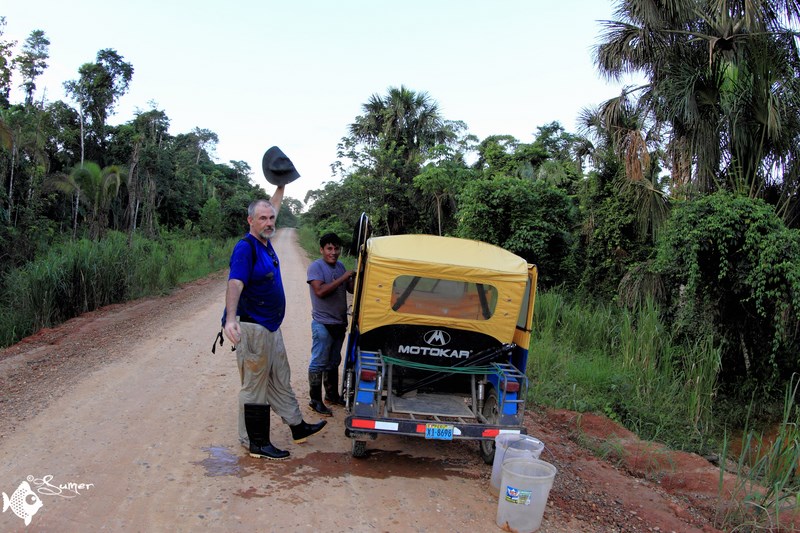 At around 3:30 PM we started heading back to our place.

Upon reaching home, we put killifish into deli cups and all other fishes in tanks. Then I started playing with a red howler monkeys who lived on treetops outside our house and tuxpi, our Peruvian naked dog.

After some chatting and homemade dinner, we hit the bed. Tomorrow, we’d have to drive pretty far to catch some more killifish and cories.