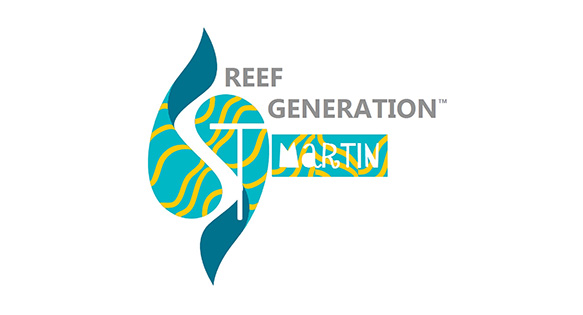 The latest in crowd-funding projects relevant to aquarium hobbyists comes in the form of Reef Generation St. Martin, launched August 15th, 2014, through the crowdfunding website IndieGoGo. This project seems to represent the confluence of opportunities for the parties involved; all the pieces are ready to move, all that remains is funding.

The seed of Reef Generation St. Martin perhaps started as early as 2004, when well-known coral propagator and experimenter Justin Credabel and a fellow reef geek mused over the possibilities of a large tract of vacant land in St. Martin that was going unused. “Wouldn’t it be cool to do some aquaculture down there?” By 2007, Credabel had visited this vacant land, had seen the reefs of St. Martin, and the wheels started churning. Credabel had actually lined up the funding to initiate this project with the state of Connecticut, but as the economic crisis hit, state funding simply vanished, and the project stalled. This is perhaps a good thing; much has changed since that time. 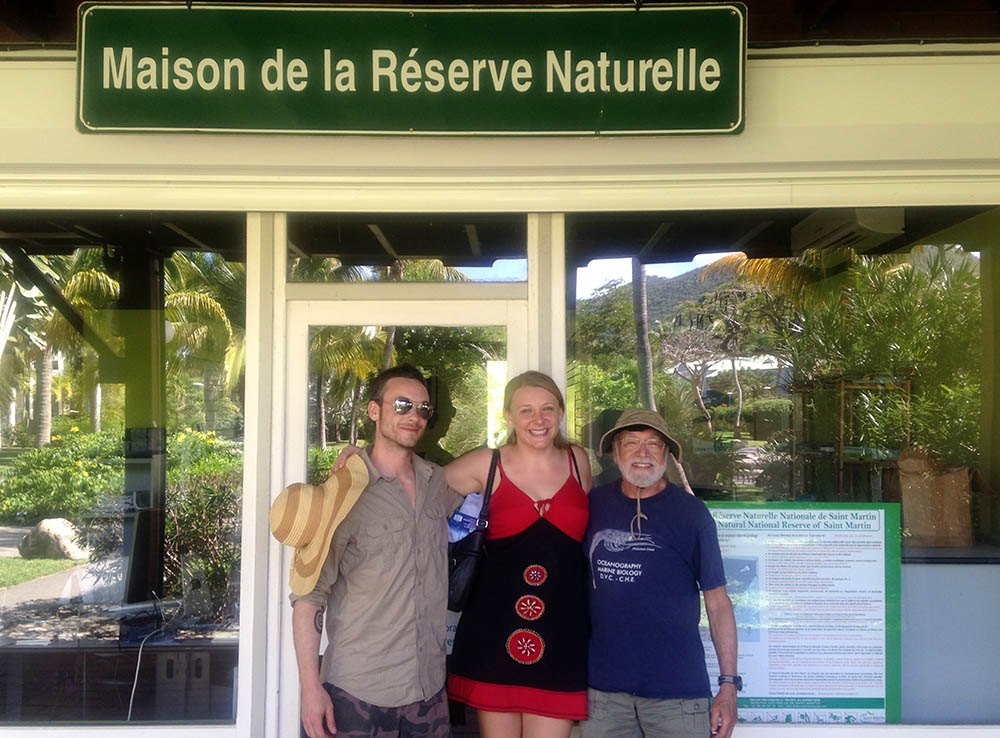 Kaplan’s long standing ties to the Caribbean reefs means he quite literally watched the massive decimation of what once lived there. As Credabel relates in the project’s video, “Within the last 3 decades, 98% of Staghorn and Elkhorn Acropora, major reef building coral, have died. Many other coral species have also been serious reduced in number.”

Credable continues. “Our project is unique among coral restoration efforts. We are focusing on creating a dynamic reef environment that existed in the early half of the last century. In the 1960s, there was a reported total of 62 of the 65 species of Caribbean stony coral present on one reef structure. Sadly, throughout the Caribbean this is no longer the case.” As Credabel elaborated in our interview, it is now difficult to find more than a few coral species on any particular reef, and he emphasizes that only fast growing Acropora are getting restoration attention.

Turning back again to Credabel’s narration, “The slower growing large polyp stony corals have been previously overlooked for restoration efforts due to the perceived impracticality of large scale aquaculture. We have developed a fast and efficient way to naturally grow these large polyp stony coral and cut down the time for coral to reach maturity from between 10-12 years to between 2-4 years.” 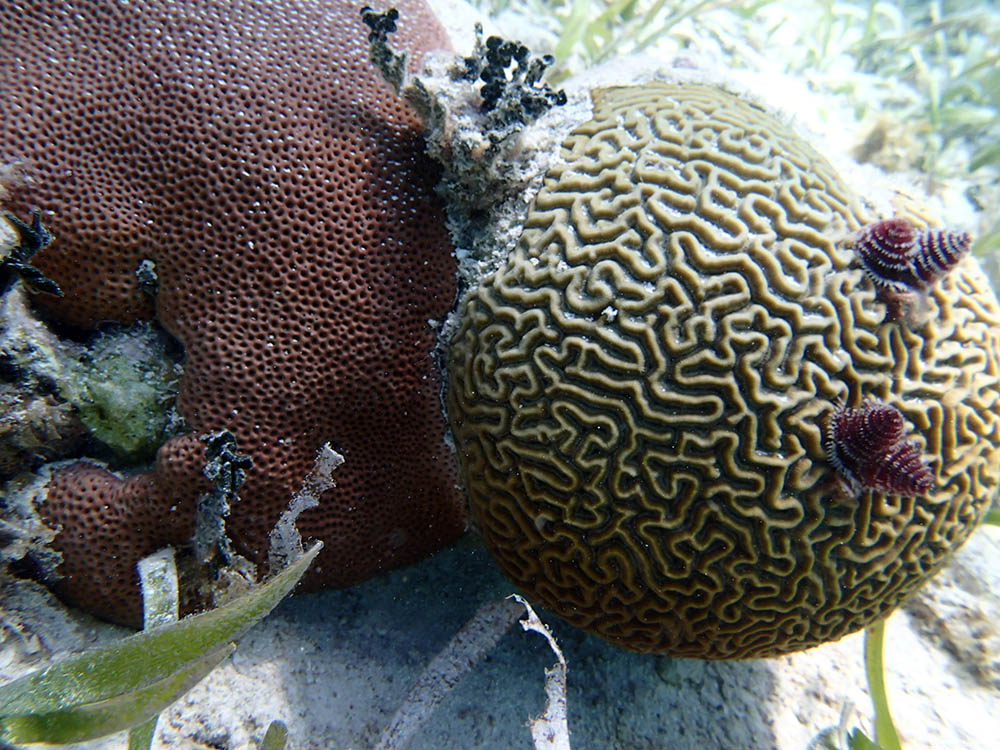 Caribbean LPS are generally overlooked from a reef restoration standpoint, but are integral parts of the reef that the team hopes to propagate with new efficiencies learned from the captive commercial propagation of similar corals for the aquarium market.

Projects often tout “breakthroughs”, which can naturally lead to skepticism, and this claim was no different. Credabel was very transparent, outlining that propagation discoveries made during his time cultivating corals, particularly slow growing LPS for the ornamental trade, will change how restoration projects can look at slow-growing LPS. Credabel’s game changing coral propagation technique starts with culturing small fragments on prepared surfaces that are kept clean and on the perfect angle to encourage rapid growth, unlike on a reef where corals are constantly battling for space, trying to colonize substrate that is already occupied by some other form of life. Credabel’s initial methodology allows corals types that encrust or mound to spread quickly as a thin layer of tissue. This is important, because as Credabel notes, “Corals care about their surface area; they have to be large enough to sustain the rigors of spawning.”

Taking away the competition to allow for rapid growth is only the first step; the second step is bringing small fragments back together to fuse, and rapidly create a mature-sized colony for reef restoration in short order vs. waiting years, even decades. The ultimate goal is simple – rapidly creating spawning sized corals helps jumpstart the natural process of spawning to reseed the reefs with other individuals as well. 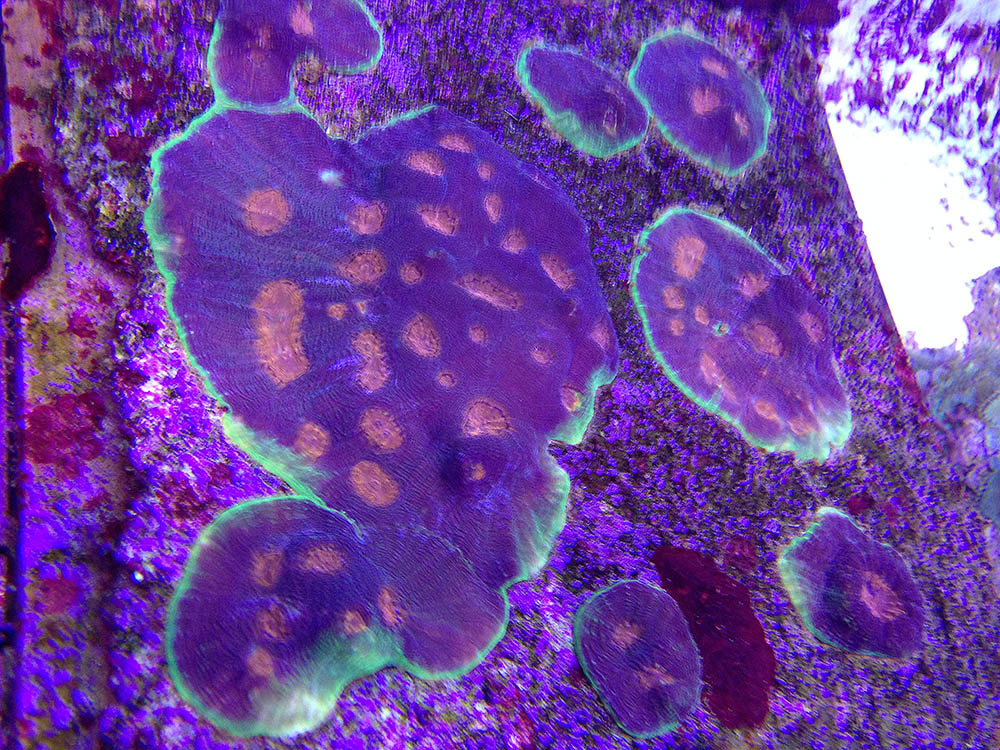 Aquarium-based proof of concept – A Spectrum Acan mother colony propagated from smaller pieces. At this point many of the pieces have fused back into one colony.

St. Martin turned out to be an ideal location to try this new type of restoration project. Beyond the existing ties that Credabel had with St. Martin, there is no reef restoration being done anywhere within 100 miles or more (according to Credabel). There is already strong local support in place, inviting this project to move forward in St. Martin; “Chris and Sally Davies from Octopus Diving are dang rad partners of ours down there, as well as the Reserve Naturelle St Martin.”

A read through the Reef Generation St. Martin materials quickly shows that this is a project with long term, loftier ambitions, which include the creation of educational components and potentially even a marine science education center in Grand Case, St. Martin; these components create jobs and education opportunities both in the US and St. Martin. Clearly, the funding campaign’s $45,000 goal won’t cover that (however you can pledge 2.25 million to fund the creation of the school and education center, including a large scale coral farming facility on the campus).

IndieGoGo campaigns work differently than Kickstarter (where Reef To Rainforest ran the Banggai Rescue project); whether pledges make the end goal or not, the campaign receives funding. Knowing that contributors like to know where their money is going, Credabel provided some very concrete answers.

The initial $45,000 goal will be enough to fund the formation of the non-profit entity to oversee this project, the creation of three artificial reefs at a location immediately outside the western border of the Reserve Naturelle St. Martin. This amount also covers transportation for 3-4 team members to make 3 trips to St. Martin to do the initial installation of the artificial reefs.

But what happens if the project fails to meet its Phase 1 funding goal? Credabel was very clear. “If we raise $2000, we’ll send it to St. Martin and see what they can do with it down there on the ground; it takes $5000 to simply build a single 10’ X 10’ X 10’ reef structure. If we only raise enough money to get started and install one reef structure, then that’s what we’ll do.”