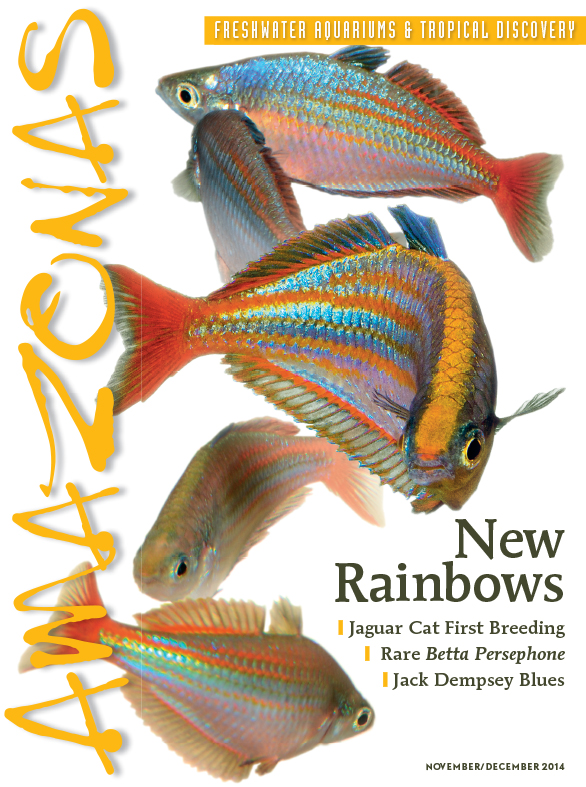 Set to arrive in homes and stores October 7th as the fall season gets fully under way. Cover images by Gary Lange and Hans-Georg Evers.

DEADLINE for materials to be included in this issue: Friday, September 12th.
The issue will reach homes and stores in the first week October, 2014.

It is no secret that rainbowfishes and their native waters in the wilds of Papua New Guinea are very close to the heart of AMAZONAS Editor Hans-Georg Evers, and in this must-have issue he pulls out all the stops with features including:

The print edition of AMAZONAS in English is distributed in the United States, Canada, the United Kingdom, Australia and New Zealand, South Africa, France, India, the Netherlands, Malta, and elsewhere.

The Digital Edition is read in more than 100 countries worldwide. To find a local or regional dealer who offers AMAZONAS Magazine, visit our current Source Directory.