New SYNGNA aquarium from Reef-Eden International is an all-in-one solution to Seahorse husbandry.

The art of keeping an animal successfully in captivity, rests not only in understanding the animal’s nature, but also the nature of the habitat it occupies. 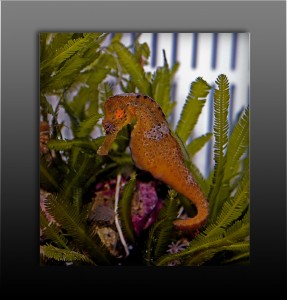 Seahorses and their close relatives the Pipefish which frequently inhabit regions such as sea-grass beds and lagoon habitats, have long been adored by hobbyists the world over, and have for many years been bred both privately and commercially for the aquatics trade. Sadly however, many of these delicate animals all too often end up in aquariums that are either completely inadequate for their needs, or are a compromise of miss-matched components leading to avoidable losses and high mortality rates.

Following on from our class leading Aurelia Jellyfish systems which combine unique technology with a deep understanding of the animals physical and environmental requirements, SYNGNA has for the last two years been a parallel project, combining input from retailors worldwide requesting a high quality, yet simple off the shelf Seahorse aquarium for novices, and from a range of experienced Seahorse breeders and keepers who pushed the envelope further by requesting not only a single system, but one that was adaptable to many different scenarios, be that to use as a display or breeding and rearing system, and one that could be run in both natural format with substrates and associated algae or sea-grasses, or in a clinical bare bottom format for greater environmental control when breeding. 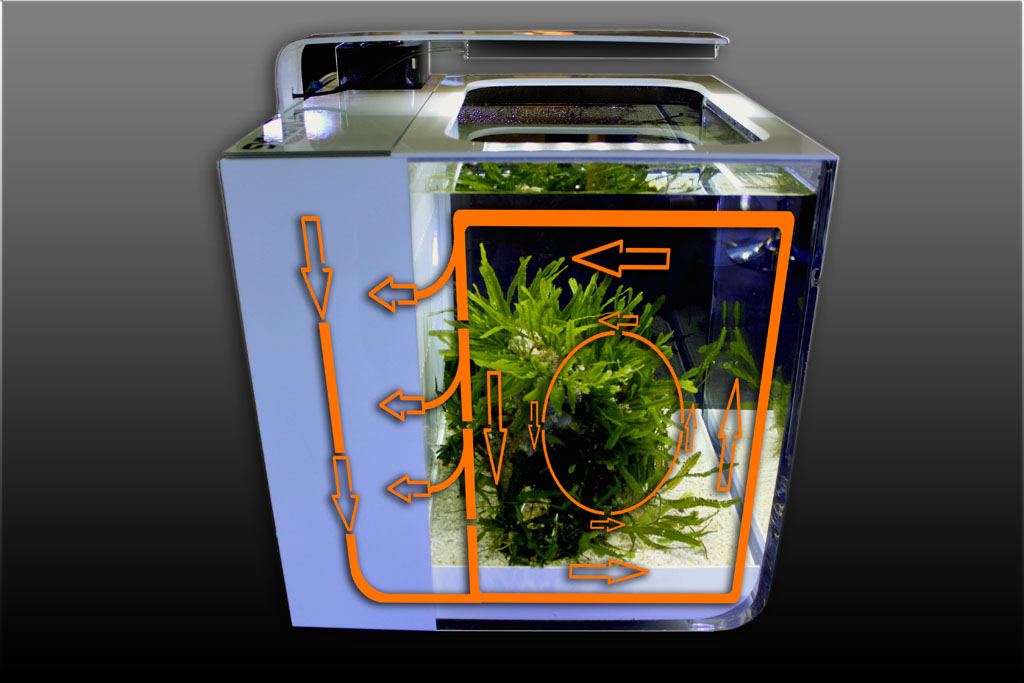 Developed exclusively by Reef-Eden, SYNGNA borrows the same Gravity-induced-Kreisel-Flow-system as that found in the AURELIA, where a powerful Tunze circulation pump with combined surface skimming and bottom scavenging is used to feed a high velocity stream of water to a large volume bio-media chamber.From here, flow is diverted by gravity, downward toward the base of the aquarium to exit via a special arrangement of baffles which convert the high velocity flow into a smooth mass volume water motion similar to that found in the Seahorses natural environment. This system allows flow rates within the display in excess of 22 times per hour, whilst at the same time avoiding localised turbulence or the excessive velocity typically found when using standard pumps and power-heads. For running In natural format, SYNGNA comes as standard with a removable substrate tray unique flow underpass feature that allows unimpeded flow and circulation generation within the main display. Each SYNGNA also comes equipped with a high efficiency Tunze skimmer rated up-to 1.5 times the systems actual capacity ensuring both excellent waste removal combined with increased gas exchange for better pH stability. Along with Tunze equipment, SYNGNA also incorporates a dedicated Led lighting system manufactured in collaboration with acclaimed German lighting company Giesemann Aquaristik, featuring the very latest Cree XH-G and ML-E series LEDs in a crisp 16k format perfect for both visual appeal, and for those wanting to run the system incorporating algae’s or seagrass. 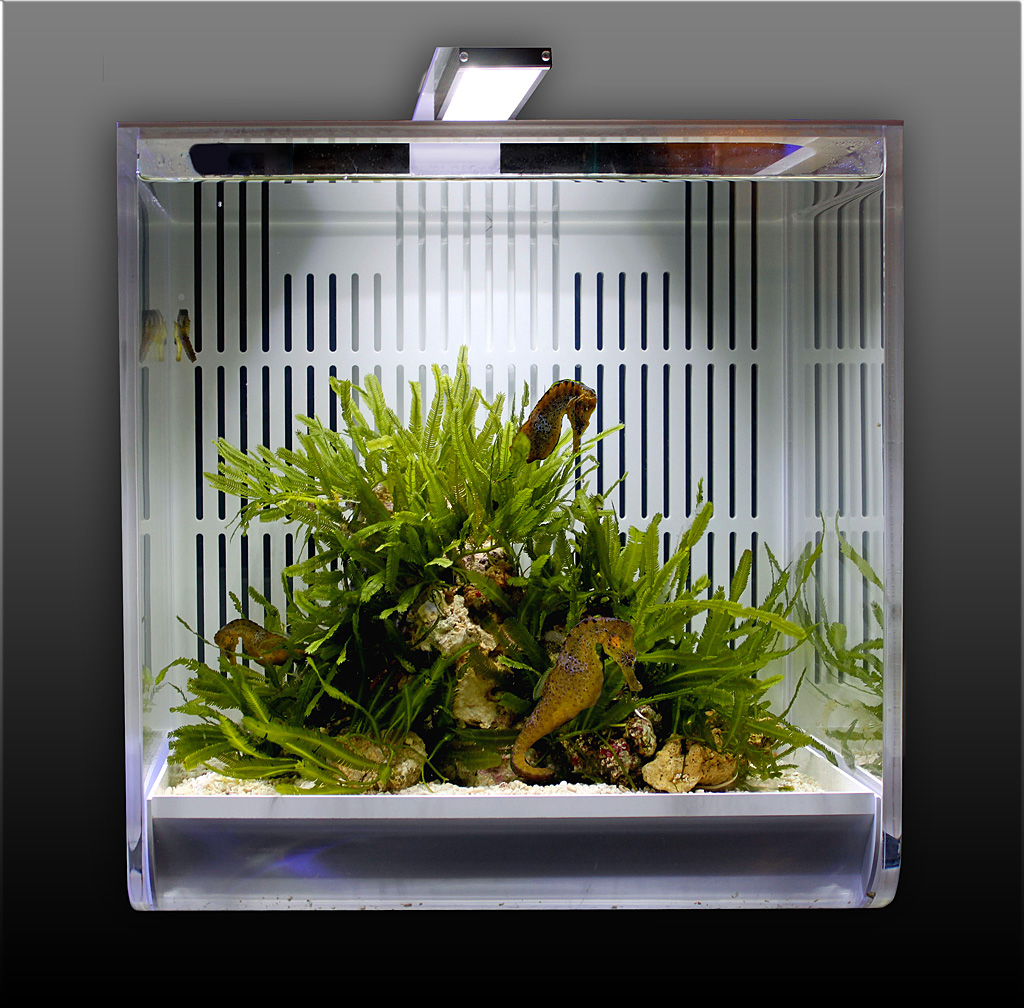 The SYNGNA’s dedicated LED Lightning was designed in collaboration with Giesemann Aquaristik.

Temperature control is of paramount importance with many Seahorses requiring more temperate conditions, so SYNGNA uses only the most efficient components drawing the smallest amount of power, thereby reducing heat transference in the process, with all equipment held in the rear section behind the removable diffuser plate that allows maximum water exchange between the filtration assembly and display area without any localised areas of suction. 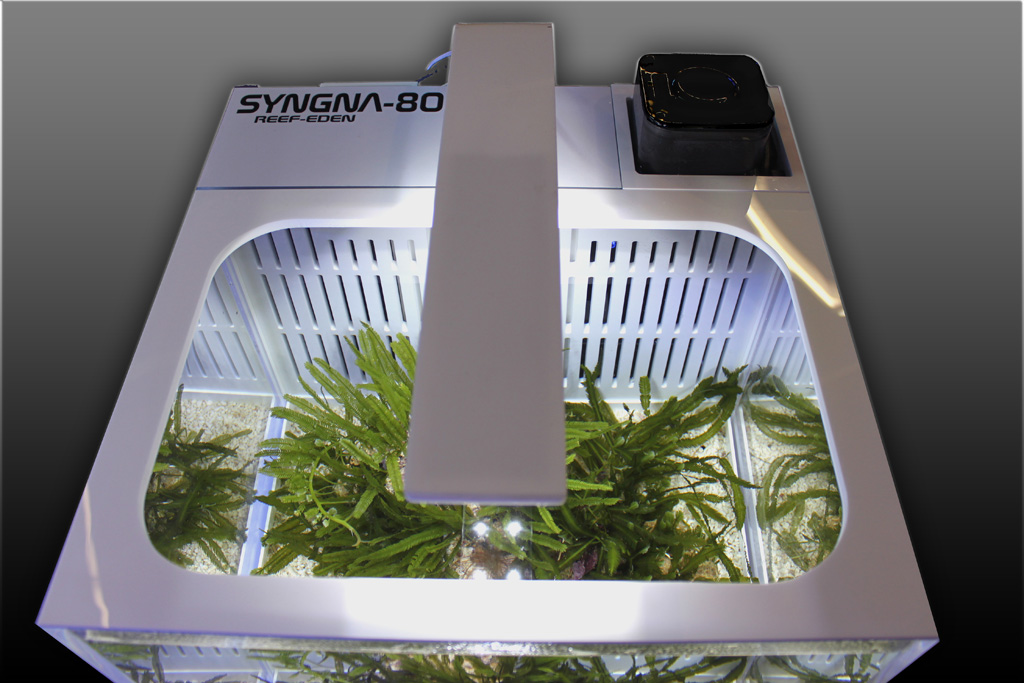 Overhead view of the SYNGNA 80.

Appreciating that many breeders may wish to run multiple systems, or wish to run systems to sumps or remote equipment, each SYNGNA comes as standard with rear inlet and outlet ports that allow connection in series or to remote devices, or connection to an optional rear-mounted overflow box if wishing to connect to a sump system. Also available is an optional micromesh screen which neatly slots over the front of the rear diffuser plate, protecting even the smallest juveniles from the filtration system whilst still allowing optimal flow.

CNC machined and manufactured in the UK from ultra-clear cast acrylic, Syngna is available in both 80ltr 43x43x43cm format ideal as a single desktop display for housing smaller species or raising juveniles, and a larger 60x60x60 220ltr aquarium and cabinet set for those wanting a centrepiece aquarium, or those wishing to maintain and breed larger species, with both sizes available in crisp high gloss white, or luxurious high gloss black.

Browse this gallery for some additional views of the new SYNGNA 80 aquarium. 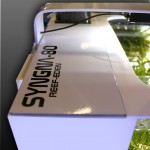 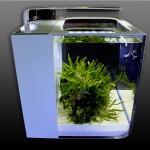 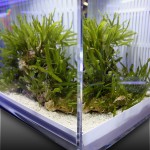 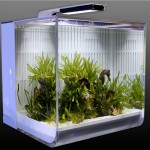 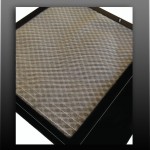