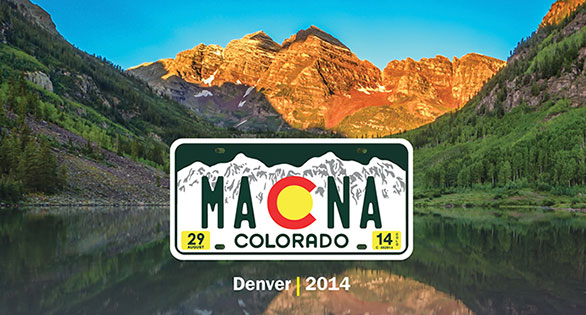 Reservations for advertising sponsorships in the MACNA Conference Program Book are now being accepted. Designated as the official publishers of the Program Book, Reef to Rainforest Media in Shelburne, Vermont will be coordinating advertising sales as well as the creation of the guide, to be published in print and—for the first time—digital editions. Reef to Rainforest Media is also the publisher of CORAL, The Reef & Marine Aquarium Magazine. 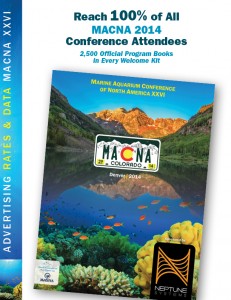 “We are honored to have been invited to publish the MACNA Program Book,” says Editor & Publisher James Lawrence. “I’ve personally attended virtually every MACNA, and these books are true collector’s items. Looking back through past programs, one can trace the evolution and growth of the marine aquarium hobby.” Lawrence says the Program Book will be a collaborative effort with Jake Adams and Rob Mougey of the host organization, and using the resources of CORAL Magazine’s publishing team and printer.

Event organizers report that a record turnout of aquarium industry exhibitors are expected at the Mile High Colorado Convention Center.

“We are expecting 145 exhibitors to attend, along with 2500-plus attendees,” says Event Chairman Rob Mougey. “We are currently 99-percent sold out on the show floor and expect to sell the remaining booths in the next few weeks.”

“As the first MACNA to be held in the West since MACNA X in Los Angeles, we are expecting to pull from a large pentup base of established and new aquarists.  The last time a MACNA was held in the West, the reef tank explosion hadn’t hit yet,” says Mougey a member of the organizing group, Colorado Organization for Reef & Aquatic Life.

Mougey says that the Denver event is drawing exhibitors from the Pacific Northwest, California, and the western U.S. who have never attended a MACNA before.  He says that sales of event passes and hotel bookings are on track to make the 2014 MACNA one of the best-attended ever staged. “Denver will continue the long history of great MACNAs. The popularity of Colorado as a tourist destination is bringing attendees in for several days, beyond the traditional three-day MACNA event.”