Few places on earth captivate our sense of wonder as much as coral reefs. 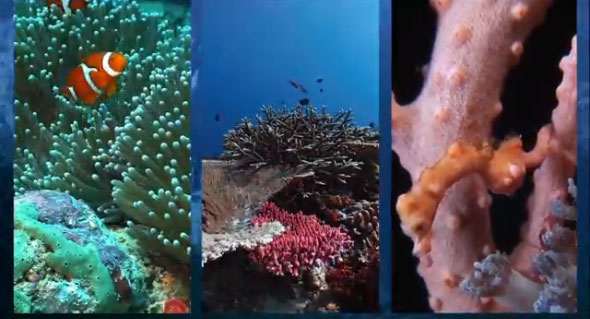 But how stable and enduring are coral reefs? Violent tropical storms frequently destroy fragile coral skeletons, but broken branches quickly sprout new growth. Coral reefs are resilient and adapted to recover from these natural events, but what happens when humans tip the balance? Let me show you two examples in Fiji.

For centuries Fijians have harvested marinelife without serious harm to their reefs, but near the capital city of Suva there are may more people fishing. Let’s look more closely at this reef. 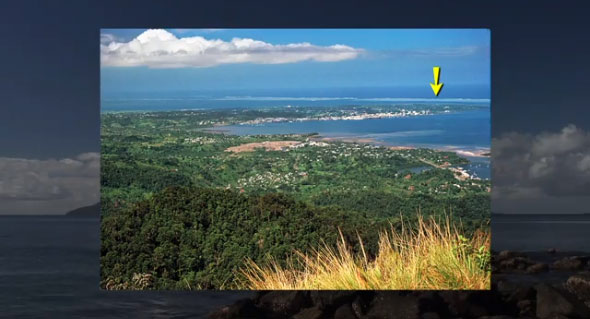 This is an area I studied 40 years ago. Constant fishing over decades has reduced the populations of many herbivorous animals. 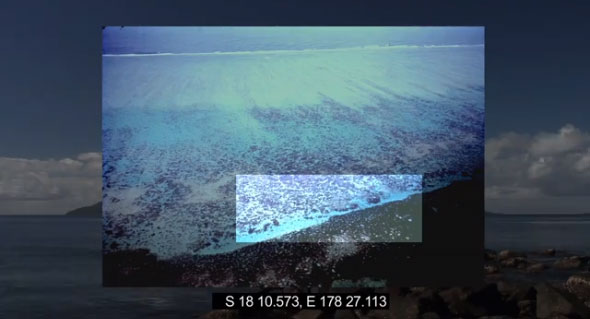 In 1973, this was a vibrant shallow reef with a good diversity of corals and fishes. 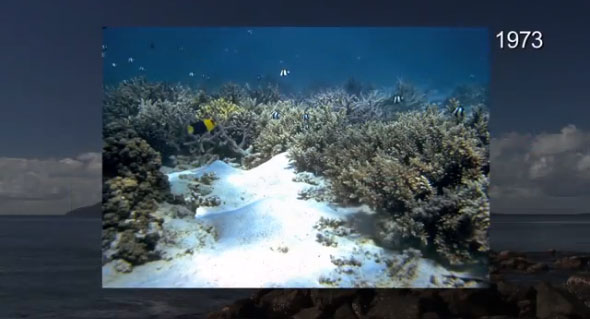 By the 1990s, I saw evidence of net fishing, and macroalgae were beginning to dominate. 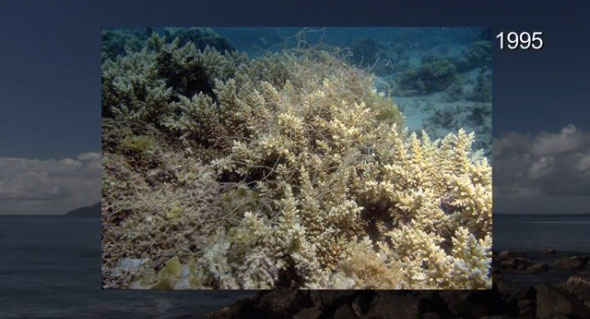 By 2001, the tipping point had been surpassed, and corals gave way to algae. 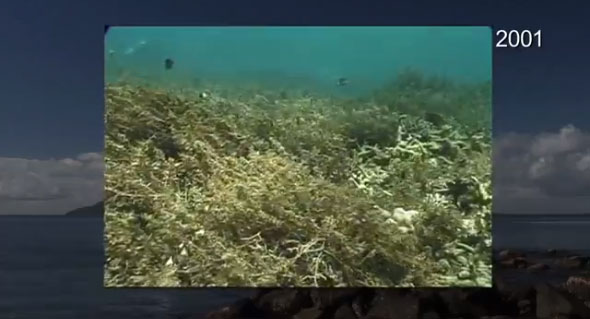 Resilience was lost when key herbivores were removed.

Higher than normal sea surface temperatures are becoming more frequent worldwide, and cause corals to bleach. In 2000, a catastrophic bleaching event occurred in Fiji. My friends and I immediately headed to the Beqa Barrier Reef to document this event. 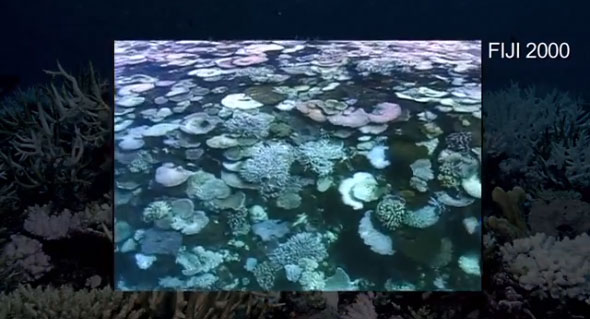 What would happen if all the corals died? Would the reef recover? Would it remain barren?  Or, would it become an algal reef?

The seaward side of the Beqa Barrier Reef is remote, rarely visited by divers, and untouched by pollution. As I recorded this video, I remember thinking how beautiful it was, but in reality it was a catastrophe for the corals and for the animals that coexist with them. When corals bleach, they are actually losing the golden brown algae that live in their tissues.  The polyps are then transparent. 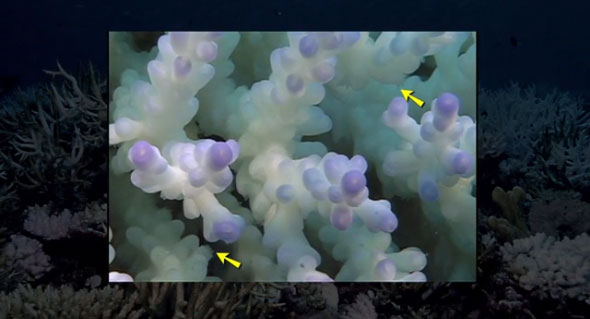 When the algae are gone, pastel pigments may persist, but otherwise only the white skeleton is visible, making the coral appear bleached. 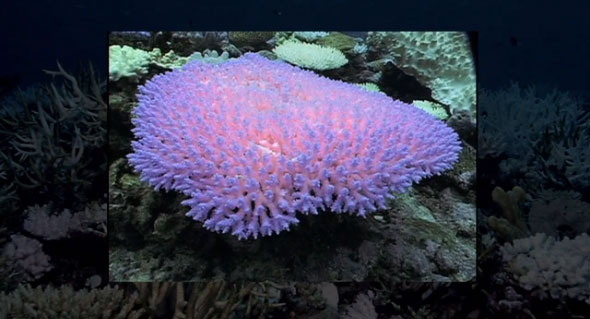 Corals usually die after significant bleaching, and they are quickly overgrown by algae. 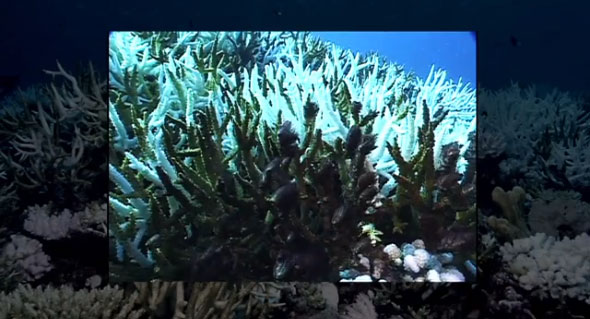 As a biologist, I wanted to carefully record observations, so I set up four 30-meter transects along the barrier reef.  On this transect, at the height of the bleaching event, 99% of the reef was covered by corals, but when I returned in 2003 corals had all but vanished. 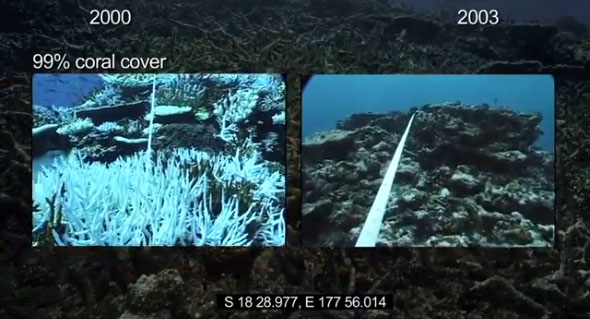 By all appearances it was a dead, gray-colored reef.  Many species of fishes that depend on corals for food or shelter had disappeared.

After four years, the reef was still barren, but I noticed pink coralline algae now covering much of the reef. 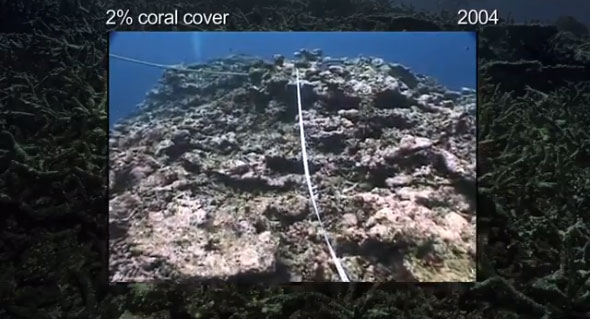 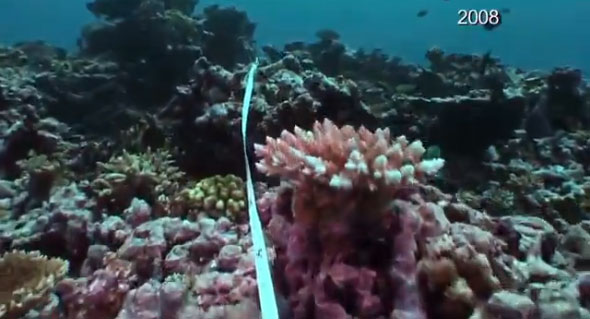 After a decade, this resilient reef was on its way to full recovery. 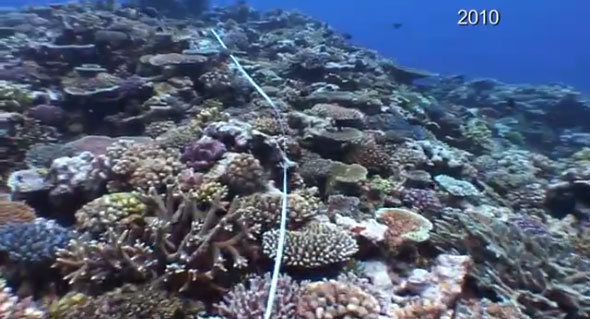 Coral cover had increased to 48% and coral-dependent fishes were back.

Images are valuable to document change over time.  Freeze-frame shots can be examined in detail using software developed by the National Coral Reef Institute. 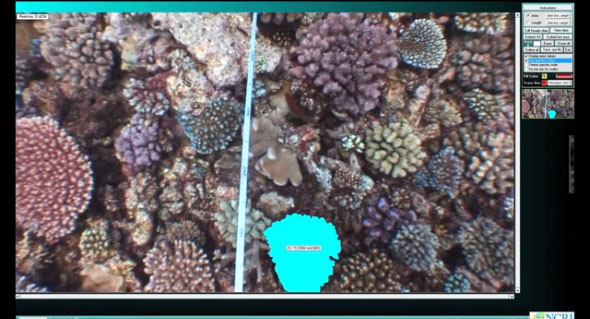 I could calculate the size of every coral colony and describe with precision how coral cover changed over a decade. 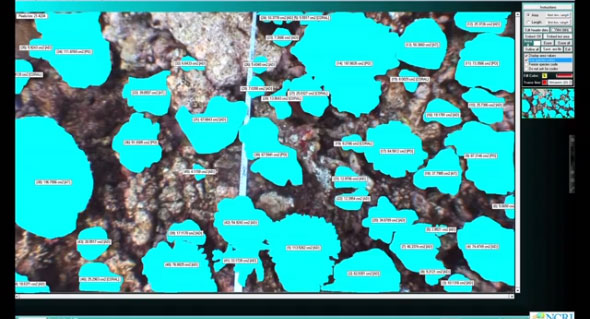 It took years to transform the Suva reef from corals to algae. By contrast, the bleaching event in 2000 was like a forest fire; it quickly changed exquisite coral gardens into barren fields of rock and rubble. It took 10 years, but the Beqa reef did recover; this time, it was a happy ending.

Coral reefs can recover from major storm damage and even severe bleaching events, but full recovery can take many years and human disturbances can tip the balance. Ocean warming and acidification, over-fishing and pollution, must all be reduced to ensure that coral reefs continue to remain resilient. 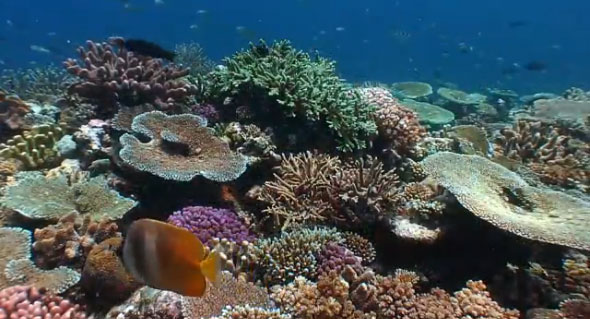 All images, screen captures and video by Bruce Carlson.

Bruce Carlson, Ph.D. is a marine biologist and former chief science officer of the Georgia Aquarium. He is also a former director of the Waikiki Aquarium and now lives and does research in Hawaii with his wife and fellow marine scientist Marj Awai.