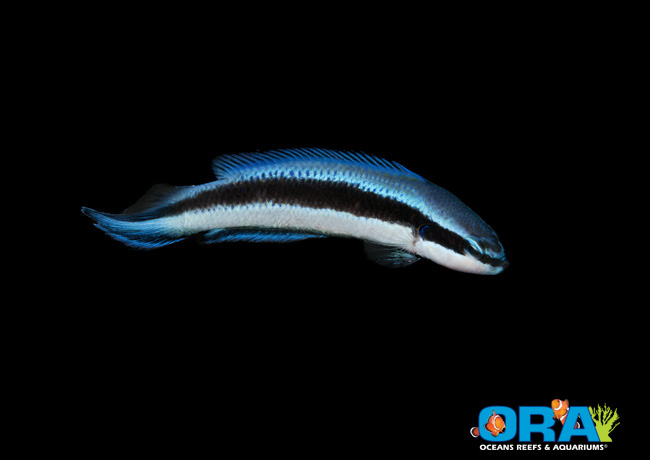 Love is in the air, and isn’t mindful of species lines as proven by the latest hybrid dottyback from ORA.

From ORA:
This seems to be landmark year for Oceans, Reefs & Aquariums, as the tally of new ORA captive-bred fishes announced continues to mount.  Here is the latest from our friends in Ft. Pierce, Florida:

After releasing the Indigo Dottyback in 2006, we continued working to refine this hybrid for its most desirable characteristics. The end result is the new ORA Electric Indigo Dottyback.

The Electric Indigo differs from its predecessors by having a three color scheme instead of two. The black band running down the center of the body is more defined than that of an Indigo and the bottom portion of the fish is fresh white in color. Its most striking feature is the light blue to turquoise coloration on top. The Electric Indigo exhibits the elegant caudal filament found in its Striped Dottyback lineage.