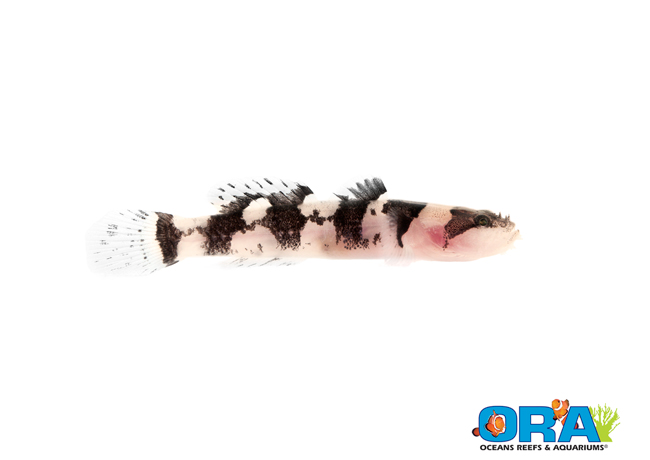 ORA is continuing its parade of exciting and unexpected new captive-bred species with the introduction of Gobiopsis quinquecinta (Smith, 1931). Called the Fiveband Barbelgoby on Fishbase, the species comes from the Indo-West Pacific and Asia, but has seldom been seen in the marine aquarium trade. ORA is hoping to change that and is offering the fish with more distinctive common name that has had some previous use in the trade to boost its appeal.

“The Jaguar Goby [Gobiopsis quinquecincta] is a relative newcomer to the hobby,” says the ORA announcement. “We first saw these fish a little more than three years ago when we received a small group of them. We didn’t know much about them at the time but the invoice listed them as Astrabe sp. from Japan. The Jaguars thrived in our systems…”

“These fish are best suited for small reef aquaria where there is a greater chance of observing them. Jaguar gobies are somewhat cryptic and once they find a place in your aquarium that suits them, they’ll spend the majority of their time there. They can be somewhat combative with conspecifics if suitable hiding places are not available, but we suggest keeping them in a group of at least 3 or 4 fish, with stable rockwork or small caves for hiding, to make them feel comfortable and promote their activity in the tank. This species is very hardy and can be appreciated by both advanced and novice aquarists.”

Jaguar gobies are available to all ORA dealers now!