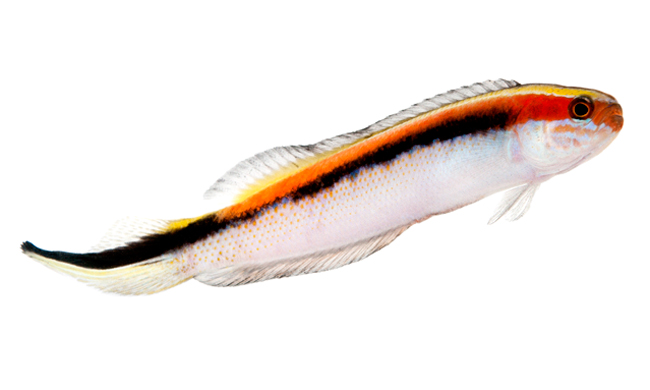 Meet the Eastern Hulafish, Trachinops taeniatus, the newest aquacultured fish for the reef aquarium and exclusively available from its breeder, ORA in Ft. Pierce, Florida.

This sub-tropical species is from New South Wales off southeastern Australia  and is related to the Assessors and Comets, all in the family Plesiopidae.

“The Eastern Hulafish is native to the southeast coastline of Australia where the water temperatures average 65 degrees Fahrenheit (18 degrees C),” says Dustin Dorton of ORA.  “While these fish have fared very well in our Florida greenhouses, they can exhibit distress in water over 78 degrees (25 degrees C).  Care should be taken to ensure their aquarium temperature always remains below 78 degrees.” 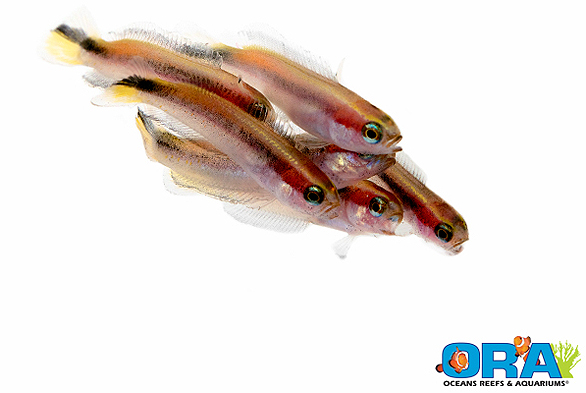 They are very colorful fish with a black stripe running down the middle of their elongate body from the operculum towards the tail. They are red and yellow above the black stripe and their ventral portion is white.  Some have iridescent blue scales on the face.  As they age, their caudal fin grows into a spade shape, with the males having more exaggerated filaments.

These are shoaling fish, and ORA recommends keeping them in groups of 4-5 or more. When kept in groups these fish exhibit a unique swimming behavior,  hovering at an angle which is said to suggest a cluster of hula dancers.

Trachinops taeniatus grow to a maximum size of about 4 inches (10 cm) and are micropredators, eating small food items such as copepods, Artemia, Mysis, small pellets and flakes for carnivores.

ORA says, “They are peaceful fishes that do not harass other species.  Eastern Hulafish are extremely fast swimmers and are prone to jumping out aquariums so is important that their tank be kept covered.”