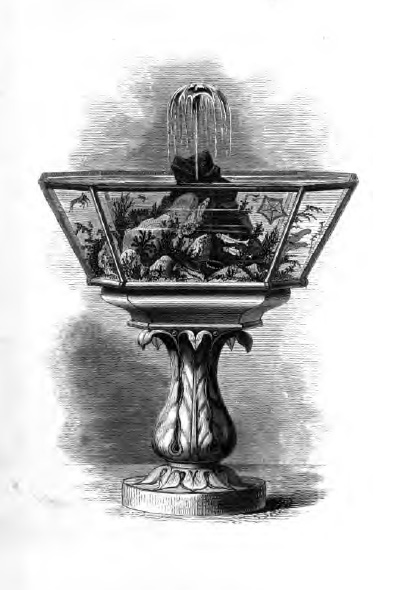 Print of a coldwater marine aquarium from Philip Henry Gosse’s 1855 book, A Handbook to the Marine Aquarium

The Horniman Museum’s Victorian Parlor Tank features coldwater marinelife native to the United Kingdom. It’s a modern day riff on the legendary works of British naturalist and marine biologist Philip Henry Gosse, who is credited as inventing the word “aquarium” to replace the phrase “aquatic vivarium”.  Unlike Gosse in the 1800s, this modern tank features a remote life support system with nothing but the best to ensure a stable, healthy environment.

This video from the Manchester Museum’s Youtube channel gives you a quick overview and behind the scenes look at what it takes to bring antiquity back to life.

Philip Henry Gosse’s 1855 book, A Handbook to the Marine Aquarium, is available to read online in a myriad formats including downloadable pdfs.  While it’s not quite like owning the real thing, it’s a fascinating glimpse into our past.

Thanks to Steve Waldron for bringing this to our attention.