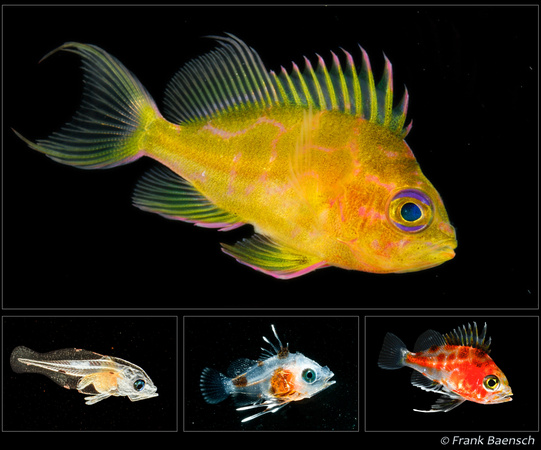 While spawning reports for various members of the iconic reef fish subfamily Anthiinae have been recorded in marine aquariums over the years, to date these beautiful shoaling species have resisted being raised successfully in captivity.

Now Frank Baensch has produced a rare and coveted deepwater species, Odontanthias fuscipinnis, the Yellow, Fuscipinnis or Hawaiian Deep Anthias, as captive-reared fish. In theory, this could make a hithertofore very expensive species a candidate for aquaculture and within the reach of more reef aquarists. 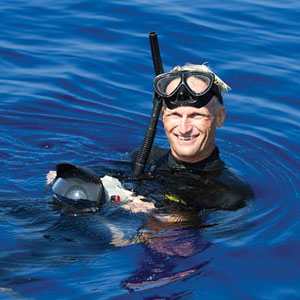 Baensch, of Reef Culture Technologies in Honolulu is, to date, best known in the aquarium world for his work producing scores of captive-bred marine angelfishes (Pomacanthidae) and his research rearing the Crosshatch Triggerfish (Xanthichthys mento). This may change with the recent successes from his newest initiative, the Hawaii Larval Fish Project (officially: The Hawaii Larval Fish (Culture + Imaging) Project).

In late 2012, Baensch announced this change in direction on the RCT website, saying: “In the past, much of our research was conducted on culturing pygmy angelfishes (genus: Centropyge) in small, intensive rearing systems using copepods. We are now applying these rearing techniques to species of other marine fish families to determine their culture feasibility, as well as to learn more about their spawning biology in the wild and their early life history in captivity.

Utilizing eggs or larvae collected in the wild waters of Hawaii, Baensch seeks to apply rearing methodologies to see “what else can we raise.” This approach eliminates the need for maintaining and conditioning broodstock, instead focusing all attention on rearing efforts.

This is not unlike the bread-and-butter of the Rising Tide Conservation Initiative’s work, the main difference being that Rising Tide’s eggs are often sourced from third-party captive populations (such as large public aquariums), while Baensch has turned to the wild for his seed.

“What I’m trying to do is streamline one technique for everything,” says Baensch. “Or rather, figure out what works for the most number of species. The foods that I’m using for this project are the same I used for the Centropyge and the Crosshatch Triggerfish (except for Strombidium).” 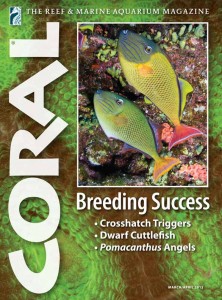 Just as is seen with Rising Tide, you never know what you’re going to succeed with, and in October 2013 Baensch revealed a big win with successful larval rearing reported for Odontanthias fuscipinnis, the deepwater Yellow Anthias endemic to Hawaii and Johnston Atoll, and a very expensive fish to obtain ordinarily.

Baensch collected eggs in December 2012, and these were subsequently hatched and reared using copepods in a mixed culture setting with other marine fish species. He reports a roughly 80-day development time from hatch to settlement—on par with many dwarf angelfish, although Baensch speculates that this pelagic phase could be shortened.

Baensch revealed some additional details of this success. “The Yellow Anthias were reared from wild-collected eggs using a mix of wild pods (Parvocalanus, Oithona, Bestiolina and Apocyclops) and cultured copepods (Parvocalanus, Bestiolina), but I’m quite sure this species could be reared on cultured pods alone so, yes, it would be a great one for landlocked hobbyists to work on.”

While folks are clamoring to obtain “captive-reared” Fuscipinnis Anthias, it’s not that simple. Baensch’a first collection of eggs in December 2012 produced only three larvae after the first 7 days of life. Only one made it to 130 days post-hatch, at 5 CM of length, at which point it was released as part of a restocking / settlement research project Baensch is involved with.

In a March 2013 run, three more larval Yellow Anthias were identified from wild eggs between 5-10 days post hatch. Two of these made it to 40 days, and were again released.

Ultimately, the only thing that prevents this from being classified by some as a truly captive-bred fish is that the spawning occurred in the wild; arguably, however everything else has been accomplished and Baensch can certainly be credited with pushing us right to the edge of the captive-bred cliff for an anthias species. We’ve had numerous hobbyists and public aquariums document captive spawnings of anthians, and now we have clinching proof of an anthias being reared from egg through settlement (and presumably on to marketable size) using methodologies within the reach of expert aquarists.

You can read more about The Hawaii Larval Fish Project in an article by Frank Baensch in the March/April 2014 issue of CORAL Magazine.  An excerpt from this article is also now online.