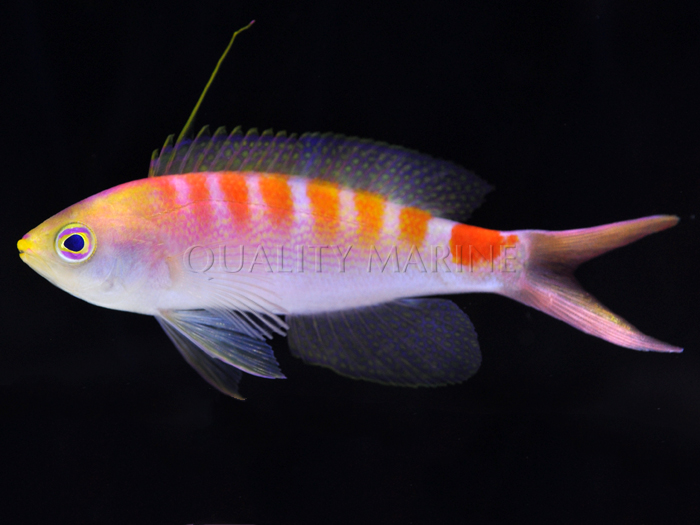 A dazzling new species of anthias has been discovered by aquarium fish collectors working for Quality Marine in remote New Caledonia, and rare fish enthusiasts are eagerly awaiting its arrival in the aquarium trade in North America.

According to Eli Fleishauer of Los Angeles-based Quality Marine (QM), “When we first received these fish, we were unable to conclusively identify them as any of the known Anthias species, and we reached out to several renowned scientists for their opinion. Credit for first spotting the fish goes to legendary marine livestock collector Tony Hahacky. The first specimens were caught by Antoine Teitelbaum, who collects fish exclusively for  QM in New Caledonia, an archipelago of French islands in the Coral Sea, about 750 miles (1,200 km) east of Australia. 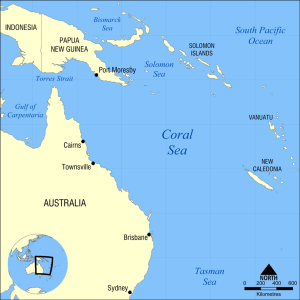 New Caledonia, an archipelago of French islands in the eastern Coral Sea. Click to enlarge.

“Antoine and Tony reached out to a number of ichthyologists, and scientists at the Bishop Museum in Honolulu confirmed our suspicion that this is indeed a new species. It is in the process of being described and named for the scientific community.”

This is a deepwater species, found in large schools, the QM collectors have reported.

“Like other anthias, they are planktivores, primarily eating suspended zooplankton and other meaty foods in the currents,” says Eli. “Early population estimates show that schools are made up of half females and half males.

“Males are generally more brilliantly colored, and have a dorsal spine (3rd spine) that extends far beyond the dorsal fin.  As a new species, which is possibly endemic to that island chain, they have never been seen before in the marine aquarium trade.

“The fish has not yet been assigned a scientific name,” Eli continues. ” However, we have talked with Antoine about a common name, and he is using “New Caledonia Sunrise Anthias.”

“We think it is a fitting name for this gorgeous animal, and we are following suit.” 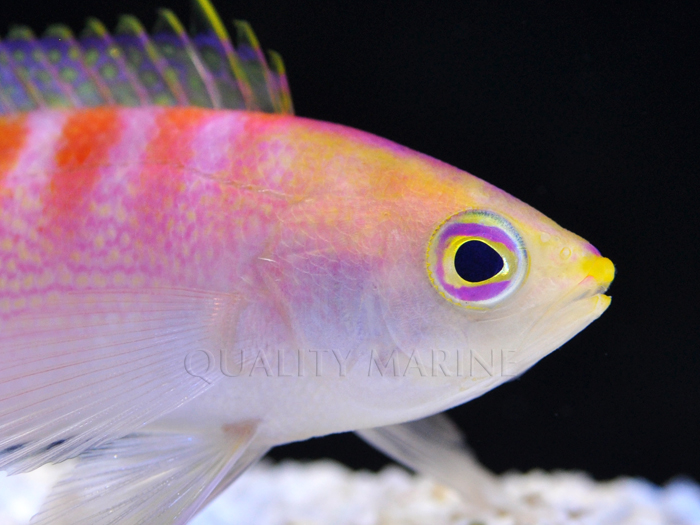 Eli says that the species may do very well in reef aquariums. “We are holding these fish in two large schools, in which we are seeing little to no aggressive behavior outside of the normal bossing that goes on between dominant males and females.  As a species, they seem to be less aggressive than many of the other Anthias this size.

“Because of our success in keeping larger groups, they will likely be held like this in the future, and should be held in at least small groups (pairs, harems, etc) in the store display and home aquariums.”

Quality Marine says that the new anthias  immediately took Nutramar OVA, which is composed of frozen prawn eggs at a diameter of about 1/16th of an inch (1.6 mm) . “It took them settling in for a day or so before we got them to accept a wider variety of meaty foods,” says Eli.  “We are feeding them Gamma Mysis, enriched brine, krill, chopped prawn and other finely diced meaty foods.”

Owing to the challenges, expense and risks of deep-water collecting, the New Caledonia Sunrise Anthias is not expected to be widely available and will likely command a premium price as the first imports reach the marketplace. 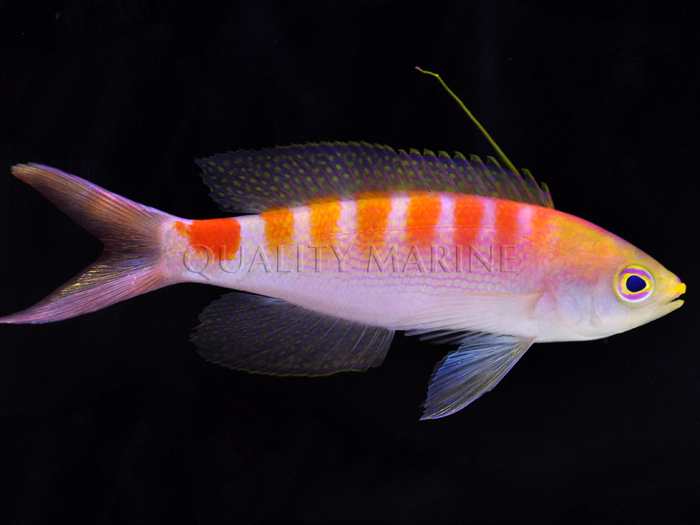 Quality Marine has an ongoing initiative to promote Short Supply Chains (SSC) in the marine livestock trade. “These are something we are very proud of here at Quality Marine,” says Chris Buerner, QM president.  “Basically it boils down to us supporting the most sustainably harvested and managed collection sites and sourcing animals from collector groups rather than middlemen wherever possible.”  The collector supplying these new Anthias works exclusively under contract for QM.

“This philosophy helps to reduce transit times to a matter of hours or days, rather than weeks,” Buerner explains.  “Shorter supply chains and fewer middlemen eliminate inconsistent levels of care, reduce stress in animals, increase survivability and decrease pressure on marine habitats.

“In terms of our customers ordering from us, when they see our SSC terminology, they can be assured that the animals they are ordering come to us from our shortest supply chains, reaching the point of export from the point of collection within 24 hours.”