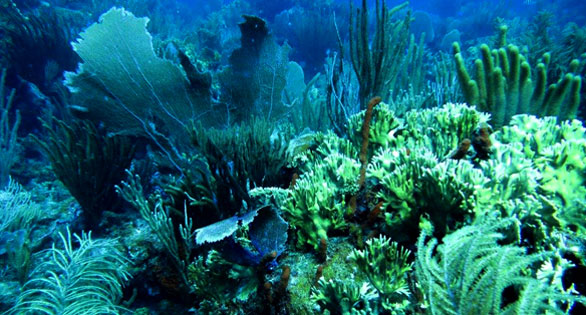 Reef off St. John in the US Virgin Islands with a mix of fire coral, sea fans and other gorgonians. Image: Howard Lasker

A new study investigates why gorgonian corals, which can form a ‘canopy’ over reefs, appear to be proliferating in certain places.

BUFFALO, N.Y. — As Earth’s temperature climbs, the stony corals that form the backbone of ocean reefs are in decline.

It’s a well-documented story: Violent storms and coral bleaching have all contributed to dwindling populations, and increasing acidity of seawater threatens to take an additional toll.

Less discussed, however, is the plight of gorgonian corals — softer, flexible, fan-like, finger-like and tree-like species that can rise up like an underwater forest, providing a canopy beneath which small fish and aquatic life of all kinds can thrive.

Divers have noted in recent years that gorgonian corals seem to be proliferating in certain areas of the Caribbean, even as their stony counterparts struggle.

Now, a new study will look to quantify this phenomenon and attempt to answer a tantalizing question: Why are some corals flourishing in a time of global warming?

Scientists from the California State University, Northridge and University at Buffalo will examine 27 years of photographs from reefs off the Caribbean island of St. John to determine how gorgonian numbers have changed, and run field experiments to see how competition with stony corals — or a lack of it — influences gorgonian growth.

The study will also document what gorgonian coral populations look like now at St. John, which is part of the U.S. Virgin Islands, and track future development there. 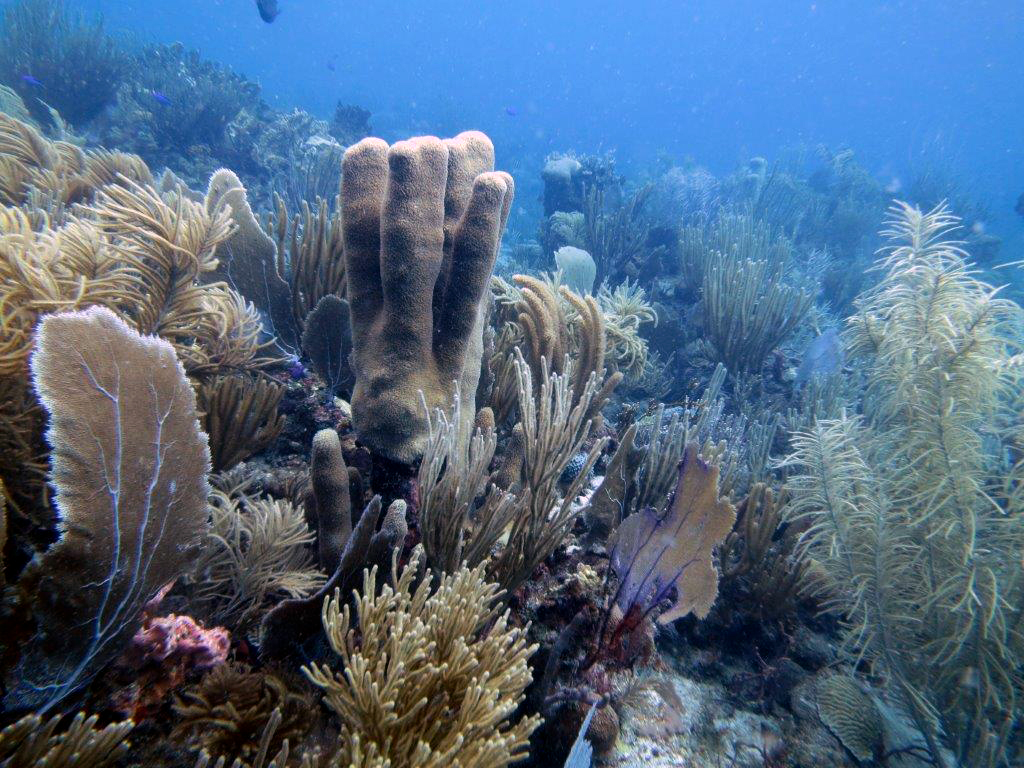 “When you look at these gorgonian corals, it seems that they’re increasing in abundance, and that’s an anecdotal observation that many people have made,” said UB geology professor Howard Lasker, one of three investigators heading the project. “Does this mean that as stony corals continue to decline, we’re going to see reefs transforming into these gorgonian coral-dominated communities? That’s what we’re trying to find out.”

“With climate change and ocean acidification, there certainly is a realistic possibility that coral reefs as we know them could pretty much disappear,” said Cal State Northridge biology professor Peter Edmunds, another principal investigator. “The question is, what will coral reefs look like in the future?”

It brings together a powerful team. There’s Lasker, a leading authority on the biology of Caribbean gorgonian corals, and Edmunds, who studies the region’s stony corals and has amassed an archive of photographs dating back to 1987 that document changes on the reefs at St. John. The third partner is postdoctoral researcher Lorenzo Bramanti, currently working in France at the Université Pierre et Marie Curie (UPMC), who is an expert on underwater communities in the Mediterranean where gorgonian corals are dominant.

Corals, both gorgonians and stony corals, are aquatic animals that assemble themselves into colonies formed from tiny individuals called polyps. 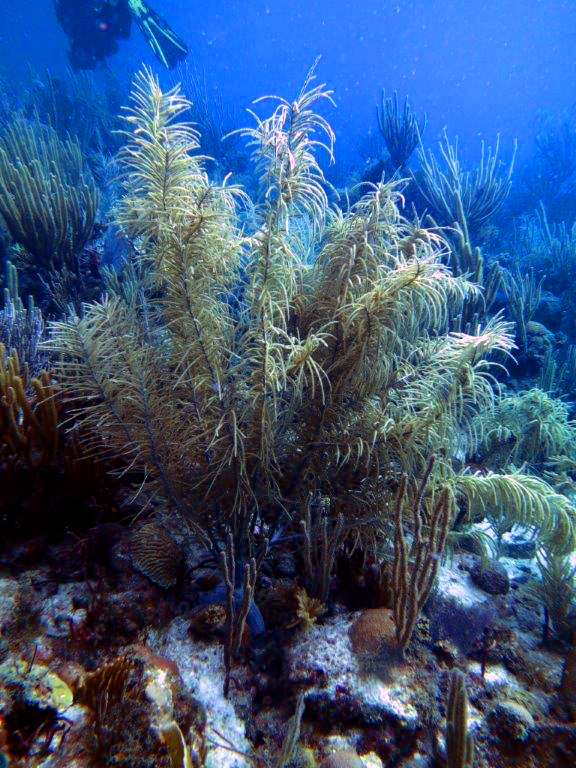 A new kind of beauty on this Virgin Islands reef. Will anecdotal reports of gorgonians spreading stand up to closer scrutiny?

Stony corals play an important role in reefs: When stony coral polyps die, they leave behind a rock-like skeleton, which forms a platform on which other life forms can grow, including new generations of corals.

Gorgonian corals serve a different purpose. They form tree-like colonies that give reefs 3-dimensional complexity, providing a habitat for fishes and invertebrates, Lasker said. For this reason, Bramanti and other Mediterranean researchers use a poetic descriptor to refer to gorgonian-dominated communities: “animal forests.”

Though gorgonians often grow on the remains of stony corals, they can also grow on any solid surface. What the Buffalo and California team is trying to figure out is how and why the balance between gorgonian and stony corals is changing as the Earth warms.

Preliminary data from Edmunds’ 27-year photo set suggests that gorgonian coral density has indeed been increasing on the shallow reefs surrounding St. John. The researchers need to take a closer look at the archive, but pictures from five-year intervals show a notable rise in gorgonians starting around 1997, even as stony corals have declined.

The team’s field studies will try to explain why gorgonians may flourish when stony corals are in decline. The experiments, taking place in St. John’s waters, will look at how two or three species of gorgonians fare when growing alongside different combinations and densities of stony corals and algae.

Using the historical data and observations from the field, the scientists hope to model how the reef — and others like it — may look decades from now as the Earth’s climate continues to shift.

The study will fill in important gaps in knowledge, said Lasker, pointing out that gorgonian corals have historically drawn less attention than their stony counterparts, in part because individual species are extremely difficult to identify.

As their NSF project abstract states, “Reefs are more than the (stony) corals and fishes for which they are known best, and their biodiversity is affected strongly by other groups of organisms.”

Edited from materials released by the University of Buffalo and text by Charlotte Hsu.