Two errors have been discovered in the September/October 2013 issue of Amazonas. Both of these errors occur in the print edition; the current live digital edition shows the correct information.

The first error occurs on page 35 of the print edition and was discovered and reported by an Amazonas reader on our Facebook page (we’d give him/her credit, but now we can’t find the message!) – Thanks nevertheless (if you find something funky, our Amazonas Facebook page is a great way to let us know).

First, the image of Corydoras sp. C22 at the upper left of page 35 has an extra eye.

Our German colleagues, who supplied the image, say it is most likely an unfortunate slip of mouse during a Photoshop “cleanup” session, when minor imperfections (dust or reflections from aquarium glass) are sometimes removed. 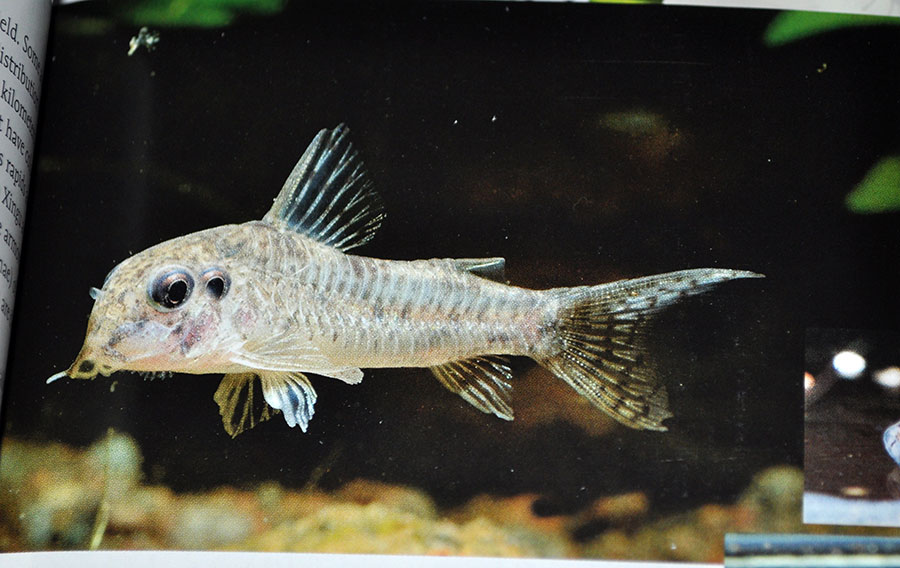 No, this isn’t a 4-Eyed Corydoras – something went awry in the publishing process.

As you’ll note, a correct version of this image is included in the Digital Edition of this issue. 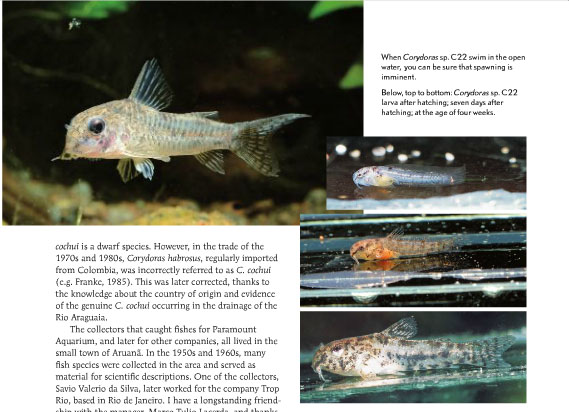 The correct image of Corydoras sp. C22, as it appears in the digital edition of AMAZONAS Magazine.

The other error discovered is a matter of caption and image agreement. On page 72 of the print edition, the images are switched in their ordering, resulting in them having the wrong captions. In the print version, the female  Zagros Pupfish (Aphanius vladykovi) is shown at top, and the male is shown below the female.

This error is not present in the digital edition, which shows the male pupfish at top, and the female below. Thus, the right caption is with the right image. Below is the correct layout for these images/captions, as seen in the AMAZONAS Magazine Digital Edition. 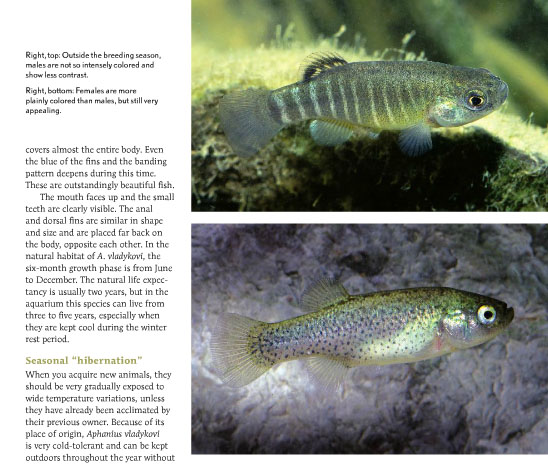 The correct arrangement of captions and images for page 72, in the Zagros Pupfish article from September/October 2013.

We strive to produce the best print and digital publications possible, but sometimes mistakes slip by. If you stumble across anything you question, we welcome you to contact the editors at AMAZONAS with your query. Who knows, we might be thanking you for your eagle eyed catch here in the AMAZONAS Errata column of Reef2Rainforest.com.