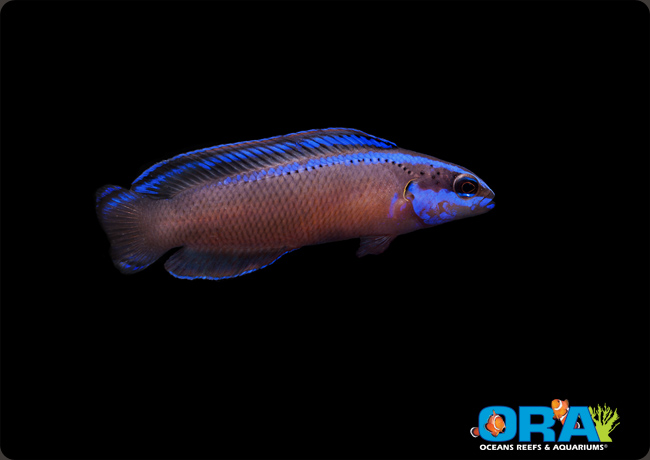 “After our success with the Indigo Dottyback, the first hybrid dottyback available to aquarium hobbyists, we became interested in other dottyback hybridization possibilities.  We noted many similarities between the morphology and behavior of Neon and Springeri Dottybacks so we began our work.  After several attempts to create a harmonious pair we finally saw success.”

“This hybrid’s appearance is strikingly similar to [Pseudochromis] dutoiti, which many believe is a subspecies of the Neon dottyback.  Could P. dutoiti be the result of natural hybridization between the Neon Dottyback and the Springeri dottyback?”

For the full story, visit the ORA Blog.