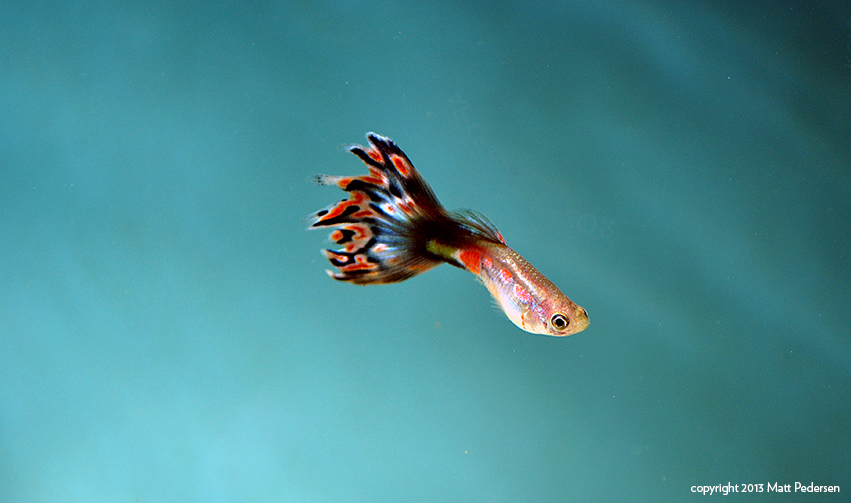 This Guppy was burnin’ down the house!

I routinely bring in some fancy Guppies from a show breeder who sells his fin and color culls; they’re exceptionally diverse fish, and being regionally produced, they do exceptionally well in our local water. But they’re absolutely not going to win shows.

In every batch, there are a few fish that stand out, but this one took the cake. There was something about the patterning on the tail, combining with the actual shape of the tail, that really made this fish look like it was going down in flames! 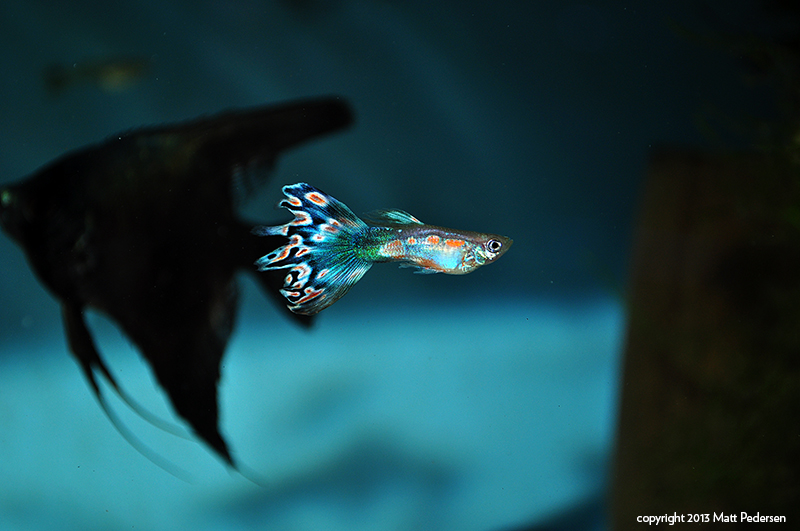 Danger lurks in the shadows….

While I’ve played with producing Guppies and Endlers in my fishroom this year, I’ve found I’m unwilling to devote the tankspace I really need. So while this fish might have been the start of some wild and crazy project to pursue, in the end I just made sure he’d get a good long life, so he became a gift to a friend who’d recently changed her 200-gallon reef aquarium into a guppy tank. Yes, you read that right.  I couldn’t think of a better home. 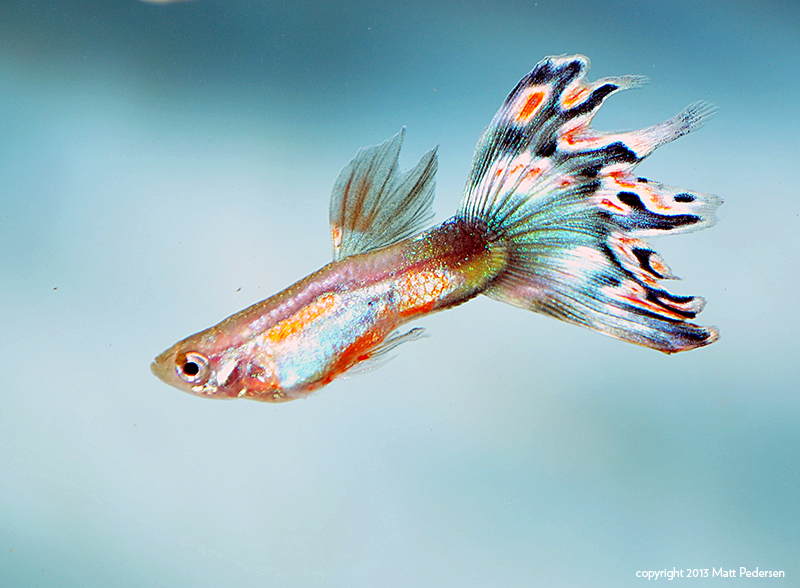 Won’t win any shows, but won my heart.

As you can see, capturing the look of this fish was incredibly complex. I shoot with a handheld flash, which means that I get to play with lighting angles on the fly.  No two photos ever turn out the same however.  Here’s a few more of my favorite remembrances of my time with this randomly spectacular fish. 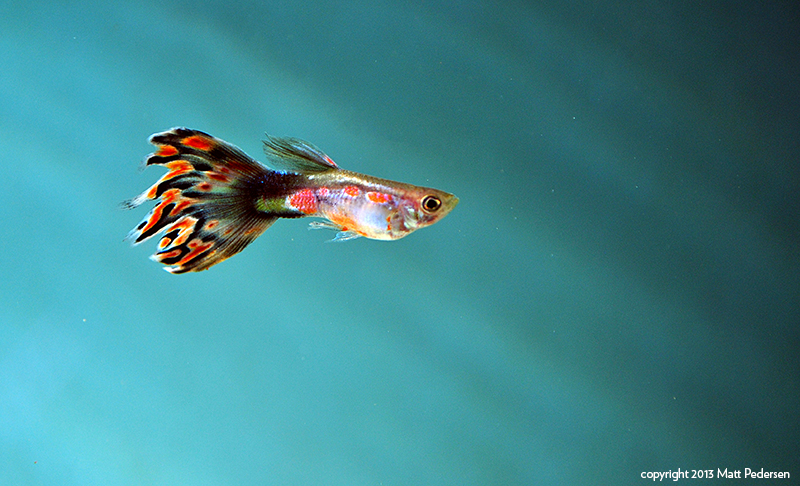 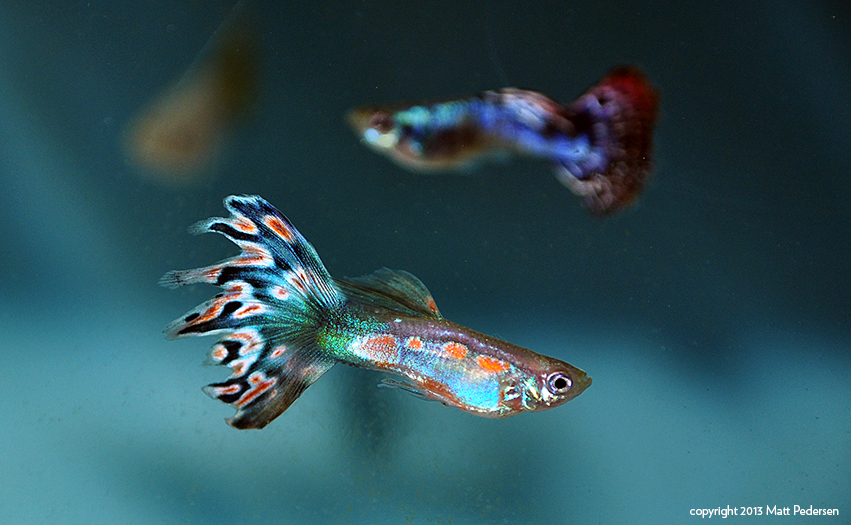 One man’s cull = another man’s treasure. After all these years, a Guppy can still grab me.

All images by Matt Pedersen