Introducing my 3-year-old child to his first pet fish 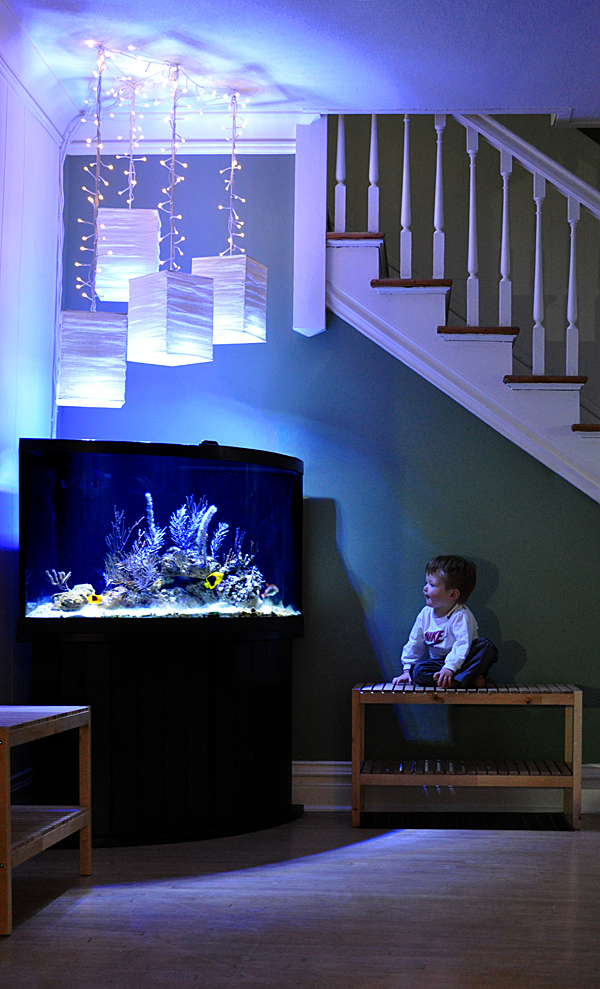 Readers of CORAL Magazine were first introduced to my son, Ethan, before he had even turned 2 years old.  The preceding photo, shot by my wife and run in the May/June 2012 issue of CORAL, captured the hearts and hopes of many fellow aquarists when thinking of their own children.  While I’m absolutely not forcing my interests on my son, it’s fair to say that he’s been exposed to fish and aquariums his entire life.

Ethan knows about my fish in the basement, and there are definitely times he wants to go down there.  He also knows that the basement is serious business – not following the rules of the fishroom, not listening the first time, results in instant ejection.  When he was only 2 years old, it wasn’t a question of if he’d break a rule, just a matter of how long it would take.  Two minutes?  Five minutes? Ten minutes before I send him back upstairs?

With the approach of our second child and a planned teardown and revision of 20% of the tankspace, the basement has become ever more cluttered.  Materials for the renovation have piled up (the empty tanks are not welcome anywhere else in the house, or garage), so stacks of glass have created a labyrinth where one I had a highly atypical open-space in the fishroom. 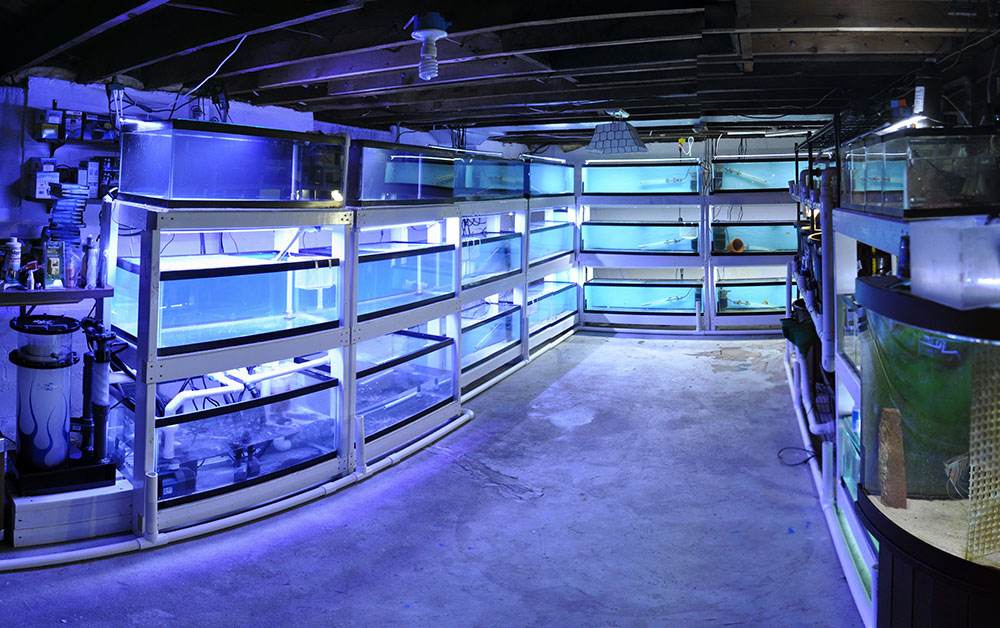 Matt Pedersen’s fishroom last fall. All that open space? Full of boxes and tanks at the moment!

I swore I’d always welcome Ethan into the basement anytime he wanted to go, but with the practical realization that right now, the fishroom is no place for children, I’ve found myself less willing to invite Ethan (who turned 3 in May 2013) down into my chaotic environment.  That said, Ethan definitely has some appreciation for the fish I keep, he still loves to feed my lower tanks when I’m in the mood to guide him through the downstairs maze; granted, I always pay the price with some new mess I didn’t “plan on.”

The inevitability of growing up must certainly smack you in the face when a new baby sister shows up in the family, so earlier this year, while Ethan was still two, we spent a lot of time preparing him for the arrival of his sister. Knowing what was to come, and knowing how tied up at times both I and particularly my wife would be, I looked at my son and thought, “You need your own thing to take care of and be responsible for.” I didn’t want that to be trying to take care of his sister, but I felt he could benefit from something that could help him understand that one living thing might depend on another for care.

Getting Ethan a pet of his own seemed like a logical choice. Of course, Ethan’s new pet would be a fish (I’m pretty sure my wife would object to most anything else), but what kind?

Check back or watch our AMAZONAS Facebook page for the next installment, Part 2 of 4