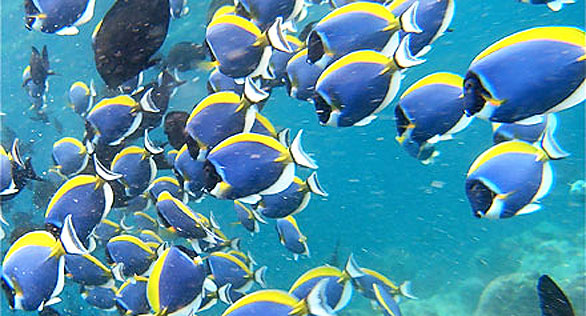 In a landmark survey of the Chagos Archipelago, due south of the Maldives in the central Indian Ocean, marine scientists found robust coral cover, higher-than-expected numbers and a huge array of species of fishes. The area was declared a no-take zone just a few years ago.

The findings are prompting leading international marine scientists to call for the protection of more, large marine wilderness areas in a bid to shield the world’s dwindling stocks of fish from destruction.

Working in the world’s largest unfished marine reserve, the remote Chagos Archipelago in the central Indian Ocean, scientists from Australia and the US have shown there is a dramatic difference in the numbers, size and variety of fish compared with smaller marine parks. 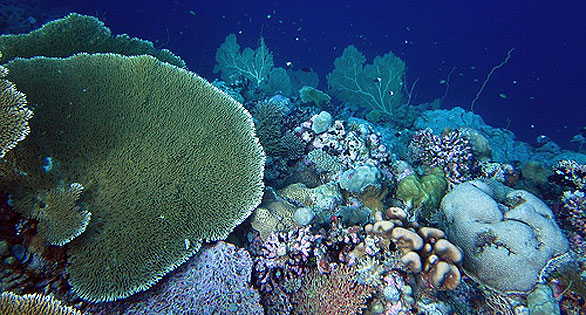 Healthy, heavy coral cover was found, despite a serious bleaching event in 1998 in the central Indian Ocean.

Their findings in two new reports provide the first clear evidence that large-scale marine wilderness reserves are may be better for conserving fish than the far more common, small marine protected areas (MPAs) that many governments and fishing communities are presently implementing.

“The bottom line is that we found six times more fish in the Chagos ‘no take’ area than we did in even the best-managed Marine Reserves elsewhere in the Indian Ocean,” said lead author of the reports, Dr. Nick Graham of the ARC Centre of Excellence for Coral Reef Studies and James Cook University. 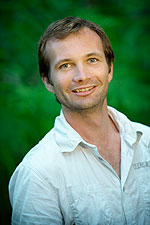 “There was also a dramatic difference in types of species that dominate with a far richer variety of predatory and large-bodied fish species with big home ranges in the Chagos,” said his colleague, Dr. Tim McClanahan, of the Wildlife Conservation Society.

Coral cover in the Chagos area was almost complete, having recovered rapidly from a major bleaching episode, in 1998.

The Chagos Archipelago, also known as the British Indian Ocean Territory, and its entire 640,000 square kilometre area was designated a no-take zone in April 2010, making it the largest such marine reserve in the world. It is in the central Indian Ocean due south of the Maldives.

“In recent times there have been bold moves by nations such as Britain, Australia and the United States to set aside much larger areas of open ocean in an effort to try to conserve fish stocks that appear to be dwindling all around the planet,” Dr Graham said.

“What wasn’t clearly known before now was whether there is a significant difference in conservation impact of large remote unfished reserves of thousands of square kilometers, as opposed to the much smaller ones of tens of square kilometers that are typical of populated coastlines. Well, now we know the answer.” 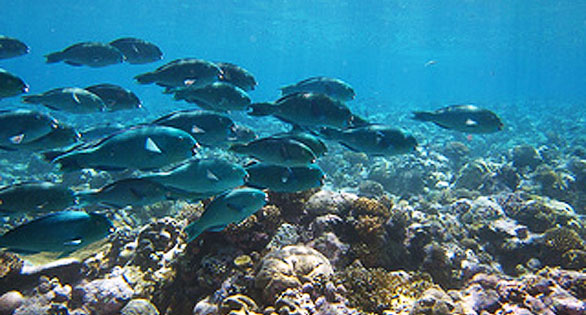 Heavily targeted by fishermen in other areas, parrotfish numbers in the park are reportedly very strong.

The researchers say it is important to have large areas of oceans protected from human impacts, not only to preserve fish stocks and protect vulnerable marine species – but also as an undisturbed baseline for understanding the changes that human population pressures and climate change are bringing to the oceans as a whole.

“There seems little doubt that formal legislative protection of some of the world’s last remaining marine ‘wilderness’ locations, such as the Chagos protected area, is a critical step to maintaining some near-pristine legacy areas in the oceans,” they say.

The researchers acknowledge that marine reserves closer to centres of human population require different kinds of management and need to be smaller, to ensure that people can still draw their livelihoods and food from the sea – and these smaller marine reserves also provide important conservation gains. 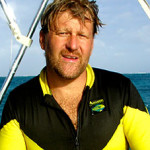 Their findings and comments are in a new scientific article “The last call for marine wilderness?” by Nick Graham and Tim McClanahan in the journal Bioscience, and a chapter by Nick Graham, Morgan Pratchett, Tim McClanahan and Shaun Wilson in a forthcoming book, Coral Reefs of the United Kingdom Overseas Territories (Springer 2013).

Credits: From materials released by the ARC Centre of Excellence for Coral Reef Studies and the Wildlife Conservation Society. Issued: April 15, 2013.  Images Copyright © 2013 by Tim McClanahan