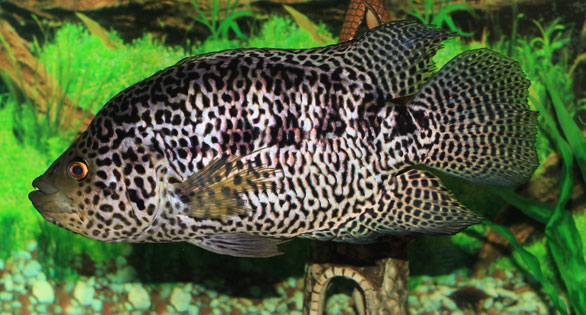 The large, highly predatory Jaguar Cichlid from Central America is becoming established in Brazilian waters after being introduced by humans as a desirable species for food markets and sport. Image by George Chernilevsky/Wiki.

Brazil Proposes to Approve the Planting of Invasive Fish Species

According to a new paper warning of the potential for an environmental disaster, the new law would allow and encourage “the rearing of non-native fish in aquaculture cages in any hydroelectric reservoir of the country. This initiative may “naturalise by decree” some of the worst invasive species in the world (e.g., carp and tilapia) as a means of developing inland aquaculture and economy.” The proposed move has biologists and ecologists in a state of alarm, even as other Brazilian laws and policies are allowing extensive deforestation and the damming of rivers to create hydroelectric power facilities, notably the huge Belo Monte Project in the Rio Xingu watershed. 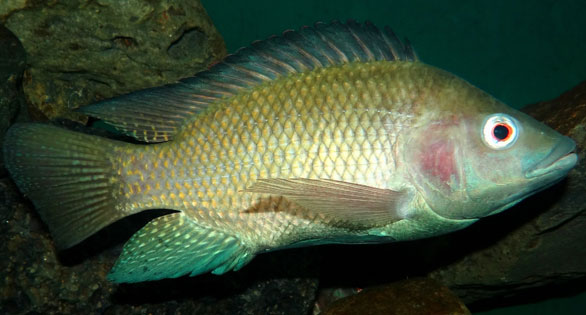 Nile TIlapia, Oreochromis niloticus: one of the world’s most notorious invasive species, proposed for introduction into Brazilian waters.

They predict that any non-native species chosen for cage culture will escape. “There is no safe confinement in aquaculture,” they say, “and such endeavours have been considered a main vector for the release of non-native fishes worldwide. Escapes are inevitable, and cage aquaculture may create a constant and intensive flow of non-native propagules into the wild.

“Numerous scientific publications show that negative effects follow the invasion and establishment of non-native fish. Specifically, in Brazil, there are studies reporting eutrophication, species loss, changes in community structure, faunal homogenisation, the introduction of parasites, and alterations in fishery systems.

“The proposed law it ignores the fact that tilapias and carps are among the worst invasive species in the world  and that these organisms present high invasiveness, disturbance potential, negative impacts and invasion history in Brazilian ecosystems,” the authors say.

Already approved by three commissions of the Brazilian Congress and awaits final approval of the Senate and the President of the country.

The current version of the legislation does not specifically cite non-native species that would be approved but would instead assign the decisionmaking to the Fisheries Ministry, who would have the power to decree that non-native fishes had been legally “naturalized.”

“Naturalization in the Proposed Law means that these non-native fish will be considered legally native in Brazil, based on the argument that carps and tilapias have been registered or established,” the authors note. “This stance (economy over ecology) is trivialising and may alter or deliberately squander one of the richest natural resources in the world to explore a venture with lower value that is less fair, equitable and sustainable.

“We emphasise that the country has the greatest diversity of freshwater fish in the world, a precious heritage that maintains ecosystem goods and services and is expressed in terms of its economic, cultural, aesthetic and scientific value.” 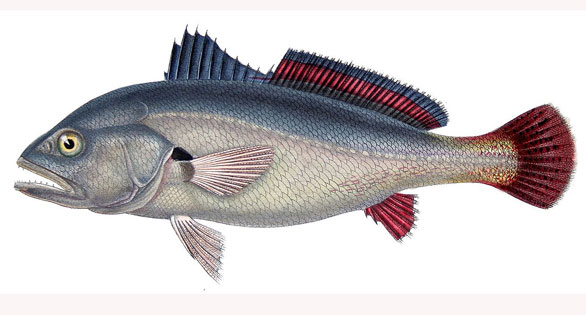 The two species are the Jaguar Cichlid, Parachromis managuensis, a large, aggressive and highly predatory species from Central America, and the South American Silver Croaker, Plagioscion squamosissimus, a known invasive species already introduced into other rivers.

Published in PLOSone, the paper is entitled Plagioscion squamosissimus (Sciaenidae) and Parachromis managuensis (Cichlidae): A Threat to Native Fishes of the Doce River in Minas Gerais, Brazil, by Lucas C. Barros, Udson Santos, José C. Zanuncio, and Jorge A. Dergam. 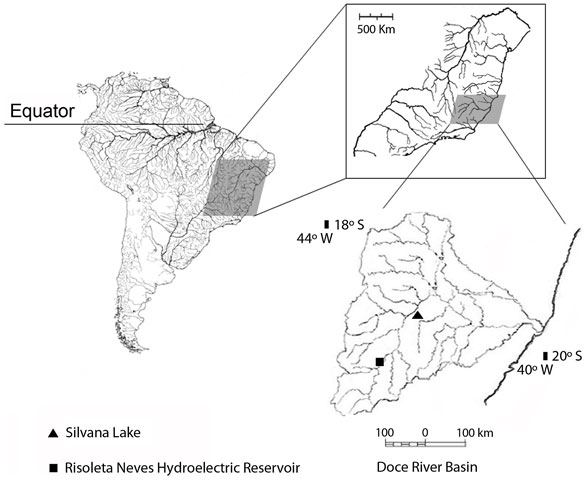 The authors believe their findings do not bode well for fish diversity in the invaded areas. “The establishment of non-native species is the third major cause of extinction in fishes throughout the world, after habitat fragmentation [11] and habitat alteration. The Red List of Threatened Species in South America reports that non-native species had negative effects on 29% of continental fishes and 30% of amphibian species [13]. The largest river basins in the world and the greatest number of fish species of the Neotropical region are located in Brazil and are threatened by introductions of exotic fish species.

The Doce River watershed drains 12% of the territory of Minas Gerais State, Brazil. It contains approximately 150 lakes formed by glacial and interglacial events, and these lakes harbor one-third of the ichthyofauna of this basin. The great biological diversity and geological peculiarities make this lake system very important in conserving the Atlantic Forest Biome. Among the 77 fish species recorded in the Doce River watershed, 37 are of restricted distribution and are thus a priori threatened with extinction due to anthropogenic changes and introduction of exotic fishes, the latter being the main factor leading to extinction of native fishes.”

Plagioscion squamosissimus (Sciaenidae) and Parachromis managuensis (Cichlidae): A Threat to Native Fishes of the Doce River in Minas Gerais, Brazil