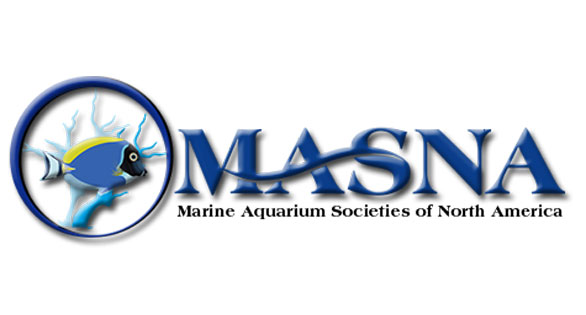 CORAL received this letter [view original] from attorney Murray Camp in Dallas regarding the proposed listing of stony corals on the Endangered Species List.

(“MASNA”) in opposition to the above-referenced listing action.

MASNA is a duly-formed and existing 501(c)(3) organization composed of marine aquarium societies and individual marine aquarium hobbyists from North America and abroad, totaling several thousand individuals.  MASNA’s mission is to:   (1) educate our members with online and published material, the MACNA® conference (the longest-running marine aquarium educational  event  in  the  country),  and  other  sanctioned  events,  (2)  assist in  forming  and promoting the growth of clubs within the hobby while ensuring a sustainable future for the marine environment; (3) support the efforts to eliminate abuses in collecting and transporting marine  organisms  through  education,  assistance  and  encouragement,  and  (4)  encourage the ethical growth of the marine aquarium hobby and support captive breeding/propagation efforts.

After  reviewing  the  proposed  rule  and  supporting  material,  MASNA  opposes  the proposed listing action for the following reasons:

I. THE PROPOSED ACTION IS NOT BASED ON SUFFICIENT DATA

A decision to list any species under the Endangered Species Act (“ESA”) must be based solely on the basis of the best scientific and commercial data available. 16 U.S.C. 1533(b)(1)(A). As recognized by the Biological Review Team (“BRT”), authors of the 2011 Status Review Report (“SRR”) in this matter, there is insufficient data relative to many factors at issue.

For example, the SRR authors recognized the poor understanding of different species’ reproductive modes (SRR at 8), variation in coral recruitment over large spatial scales or among different reef types (SRR at 10), underlying genetic structures (SRR at 12), and depth distributions (SRR at 13), among many other characteristics. By way of additional example, on p. 74, the SRR authors state: “[i]t is not apparent that individual species would always increase or decrease in direct proportion to the overall change in coral cover . . . the diverse ecology and life history of the range of candidate species would seem to suggest otherwise.” More troubling, the SRR authors acknowledge that in many cases, essentially no species specific information was available other than the taxonomic species description and some questionable geographic range maps. SRR at 83.

Likewise, to assess species abundance, the population units must be defined. SRR p. 87. Identifying such units with any specificity is very difficult because of the lack of appropriate scientific data, among other factors. See id. Accordingly, as insufficient abundance, productivity, or trend data was available for the reviewed species, the BRT chose to describe coral species abundance qualitatively as “common,” “uncommon,” or “rare.” However, the BRT admitted “these estimates provided relatively little information for evaluating extinction risk.” SRR at 89. A species’ rarity does not necessarily correspond to its vulnerability to extinction. Id. The lack of data about individual species’ abundance strongly correlates to a lack of certainty about the species’ ranges. Because the ESA permits listing only if a species is at risk in all or a significant portion of the species’ range, there is insufficient data to support the proposed action.

There is simply insufficient data to make a listing determination as to the subject species. As concluded by the BRT, “[t]he lack of adequate information on complex coral ecology and interactions between threats made the assessment of extinction risk for each of the 82 nominal coral species extremely challenging and uncertain.” The BRT’s acknowledgement speaks for itself.

II. THE METHODOLOGY UNDERLYING THE SRR IS SUSPECT

Further, the methodology used in “scoring” the subject species, and thus determining whether a particular species should be listed as endangered or threatened, is untenable, as illustrated by the disparity in scoring by different members of the BRT among other things. The determination of inclusion of a species was conducted by each BRT member evaluating each of eight “risk likelihood categories” designed to evaluate the likelihood of a species falling above or below a “critical risk threshold.” Following these evaluations, each member of the BRT anonymously voted (twice) on the likelihood of whether each of the species would fall below the critical risk threshold. It is MASNA’s position that this politico-scientific compromise method is unscientific and insufficient, especially when considered in light of the fact that the response to the petition to list 83 coral species is one of the broadest and most complex listing reviews ever undertaken.

The composition of the BRT was also inadequate. Of the seven members that comprised the BRT, all are employees of NMFS or other federal agencies. Given the large number of non- governmental marine biologists who are experts in the field, this oversight was not justified. Additionally, only two appear to have any significant field experience in Hawaiian coral reef ecology or taxonomy. As several of the important species of Hawaiian corals that are listed are endemic to Hawaii, the failure to include at least one member with significant experience in this area cast significant doubt on the SRR’s conclusions.

Additionally, the BRT members voted to predict the likelihood that each nominal species will fall below the critical risk threshold by the year 2100. The BRT explained that this method was preferred because it did not require the scientific information that would have been required in a more quantitative analysis. SRR at 103. The fact that the BRT used a specific methodology to avoid a lack of scientific data illustrates the results-driven and subjective approach taken. An avoidance approach based on such an acknowledged lack of scientific data cannot constitute an evaluation based on “the best scientific and commercial data available.”

Perhaps most troubling about the BRT’s methodology is its use of IUCN classification data as a surrogate for true scientific data on species distribution and abundance. First, the misuse of IUCN data has been well-documented. 2 Second, use of IUCN data as a substitute for objective scientific data on species distribution and abundance issues is inappropriate. As the BRT admits, “regional estimates of status and change in coral cover often were based on nonquantitative expert opinion.” SRR at 90. This methodology does not provide a “precise estimate of trends in individual species.” Id. Accordingly, the IUCN data is not a sufficient substitute for objective data. Stated differently, the fact that critical data does not exist does not mean that the BRT can rely on flawed information just because it is “available.”

Given the multitude of problems with the proposed action and the SRR, MASNA respectfully submits that the proposed action is not authorized under the ESA. In the foreseeable future, many of the gaps in data that the SRR authors acknowledge will likely be filled, given the rapidly advancing genetic studies of these species and other relevant scientific endeavors. In the meantime, these corals should be designated as “species of concern.” Alternatively, MASNA submits that a six-month extension would provide NMFS with the time to further consider these issues.

EDITOR: Full disclosure: Mr. Camp is himself a reef aquarist and a CORAL contributor.