Let it be a lesson to you; just when you give up on a species, you might get lucky. 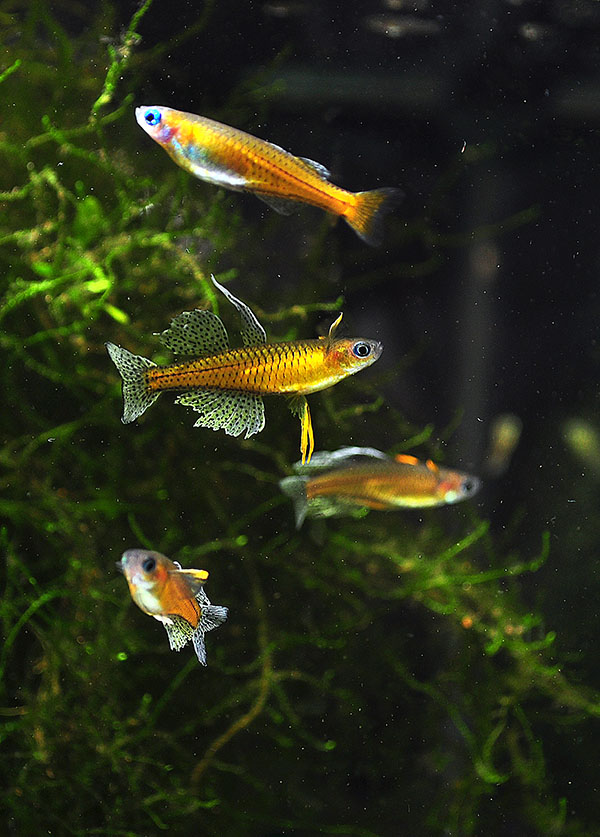 I picked up these Gertrude’s or Spotted Blue-Eye Rainbowfish a several months back from The Wet Spot, ultimately winding up with 6 males and 3 females.  While they’d been dancing like crazy, I hadn’t found eggs.  I assumed that even if they were spawning, the Tiger Endlers that shared their 5.5 gallon aquairum were certainly consuming whatever spawn they discovered.  They were fun, but not a breeding project…it was time to move on. 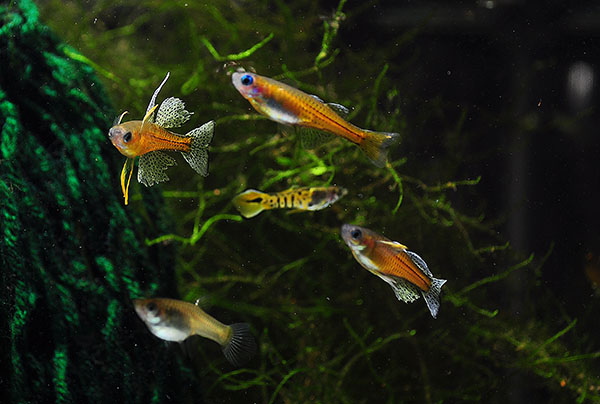 So, earlier this week, I took a few random photographs of the males displaying and had resigned these fish to be sold off…either at a forthcoming auction, or to one of the local fish stores who purchases the fish I rear.  Indeed, the shop wanted them, and I had them literally all bagged up when I noticed a single egg in the spawning mop!

As I’ve never worked with Rainbowfish, a quick shout out to fellow fish geeks Steve Waldron and Ted Judy gave me two experienced viewpoints on the rearing of this and similar species.

Steve commented – “They tend to predate their own embryos, so if you want to raise a large group, you should check the mops every day. They hatch after 2 weeks at 75F, I start mine out on APR (which is Artificial Plankton Rotifer, A.P.R.) in small 1-2 liter or so shallow containers, change 1/2 the water every day, feed 2X a day. With this treatment they will start feeding on [baby brine shrimp] in a week or two and then I would move them on to 5 or ten gallon tanks”.

Meanwhile, Ted suggested that “[Gertrudae] fry are actually quite large, and have no problems taking [baby brine shrimp] right from the get go. I also feed all rainbow fry Repashy Soilent Green and Spawn & Grow dry broadcast onto the surface as a powdered food…works great, and has a lot more nutrition to it than powdered apr.”

Of course, the marine breeder in me has an endless supply of real rotifers, as well as the APBreed TDO Size A, which is also a rotifer-surrogate.  Looks like I have my work cut out for me! 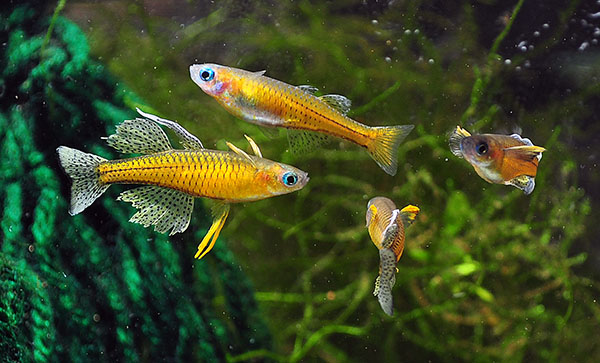 My apologies to the LFS, I won’t be dropping these guys off today!