In Hot Water: Some Corals Thrive 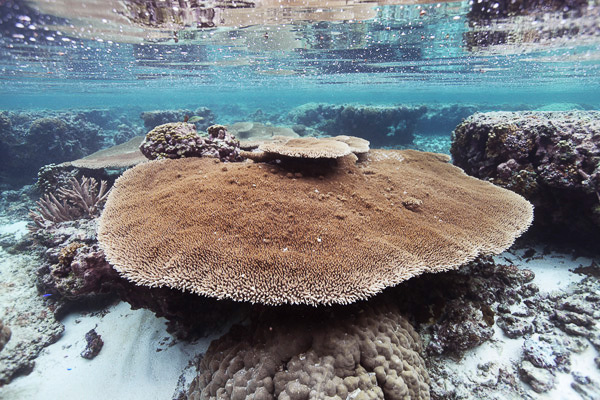 In a future shaped by climate change, only the strong, or heat-resistant ‚ will survive. A recent study co-authored by Stanford Woods Institute Senior Fellow Stephen Palumbi opens a window into a genetic process that allows some corals to withstand unusually high temperatures and may hold a key to species survival for organisms around the world.

“If we can find populations most likely to resist climate change and map them, then we can protect them,” says Palumbi, director of Stanford’s Hopkins Marine Station. “It is of paramount importance because climate change is coming.”

Coral reefs are crucial sources of fisheries, aquaculture and storm protection for about 1 billion people worldwide. These highly productive ecosystems are constructed by reef-building corals, but overfishing and pollution plus rising temperatures and acidity have destroyed half of the world’s reef-building corals during the past 20 years. The onslaught of climate change makes it imperative to understand how corals respond to extreme temperatures and other environmental stresses. 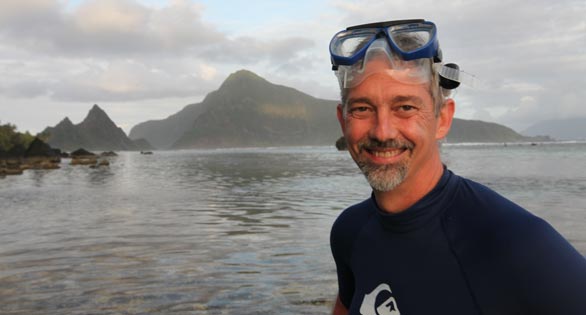 Although researchers have observed that certain corals withstand stresses better than others, the molecular mechanisms behind this enhanced resilience remain unclear. For their study, Palumbi, lead author Daniel Barshis, a Stanford postdoctoral scholar, and other researchers looked at shallow-reef corals off Ofu Island in American Samoa to determine how they survive waters that often get hotter than 32 degrees Celsius (90 degrees Fahrenheit) during summer-time low tides. 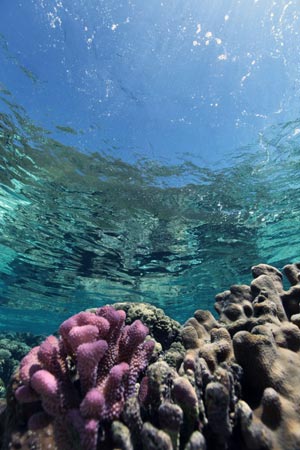 Some of the thriving corals in the hot back reef of Ofu Island. Credit: oceansciencenow.com

Utilizing cutting-edge DNA sequencing technology, the scientists examined the corals’ gene expression when subjected to water temperatures up to 35 degrees Celsius / 95 degrees Fahrenheit. “These technologies are usually applied to human genome screens and medical diagnoses, but we’re now able to apply them to the most pressing questions in coral biology, like which genes might help corals survive extreme heat,” said Barshis.

Heat-resistant and heat-sensitive corals had a similar reaction to experimental heat: hundreds of genes “changed expression” or turned on to reduce and repair damage. However, the heat-resistant corals showed an unexpected pattern: 60 heat-stress genes were already turned on even before the experiment began. These genes are “frontloaded” by heat resistant corals already turned on and ready to work even before the heat stress began. “It’s like already having your driver’s license and boarding pass out when you get close to the TSA screener at the airport, rather than starting to fumble through your wallet once you get to the front of the line,” Palumbi said.

The findings show that DNA sequencing can offer broad insights into the differences that may allow some organisms to persist longer amid future changes to global climate. “We’re going to put a lot of effort into protecting coral reefs, but what happens if we wake up in 30 years and all our efforts are in vain because those corals have succumbed to climate change?” Palumbi said.

As with strong corals, finding species most likely to endure climate change–”resilience mapping”–is the first step toward protecting them, Palumbi said. “The solutions that we’re looking for must, at least partially, be out there in the world.”

January 7, 2013  From materials released by Stanford Woods Institute for the Environment

On Ofu Island in American Samoa live some of the strongest corals we have ever tested. These corals, found in the back reef pools continuously washed by warm water at low tide, are highly resistant to stress! We set up an experiment using Coral Stress Tanks to test just how much stress these corals can stand.