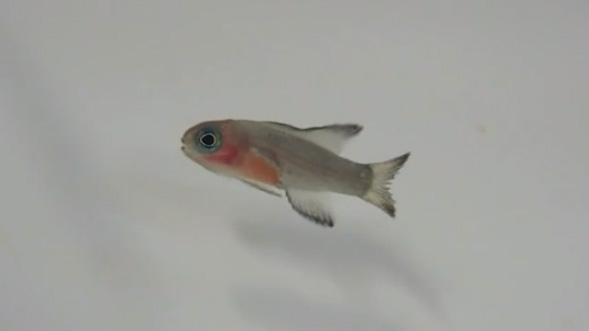 It was just over a year ago that Tea Yi Kai opined about Randall’s Assessor (Assessor randalli) in a Reefbuilders’ post.  Kai called it the “seldom seen, virtually unknown” cousin of the Yellow Assessor (A. flavissimus) and the Blue Assessor (A. macneilli), and, last year, there was complete truth in that statement.

With both the Yellow and Blue Assessors largely being available primarily through captive-breeding, it should come as no real surprise that ORA has announced their success in breeding this long-lost third species of Assessor.  ORA notes that the Randall’s Assessor, while at first glance similar to the Blue Assessor, carries a more intricate coloration and is more likely to exhibit the inverted swimming behavior that Assessors are known for.

The ORA release goes on to note that the Randall’s Assessor is a nest spawner, which keeps them optimistic about future availability. From the ORA blog, “This leads to large nest sizes and we expect this will lead to steady availability with the first fish reaching the market in early 2013.  We are excited to share some short video clips of some of our eldest F1 individuals.  They begin to look and act like miniature assessors shortly after metamorphosis.”

Congratulations to the team at ORA for putting another species on our captive-bred scoreboard!