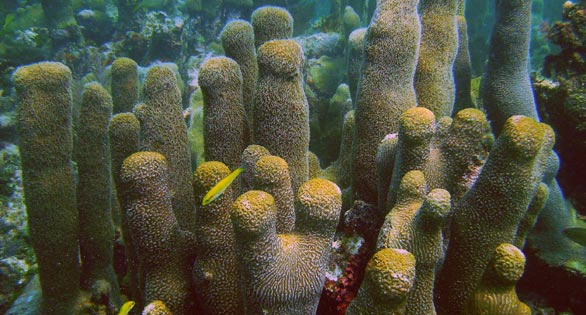 NOAA Fisheries is proposing Endangered Species Act (ESA) listings for 66 coral species: 59 in the Pacific and seven in the Caribbean.

In 2009, NOAA received a petition to list 83 species of reef-building corals under the ESA from the Center for Biological Diversity, headquartered in Tucson, Arizona. On February 10, 2010, NOAA found that the Center presented substantial information indicating that listing under the ESA may be warranted for 82 of the 83 petitioned species.

Following the initial finding, NOAA convened a Biological Review Team to initiate a formal status review of the 82 species. The result was a Status Review Report, released in April 2012. The peer-reviewed report incorporated and summarized the best available scientific and commercial data to date.

The agency also conducted a public engagement process between April and July 2012 to gather additional scientific information, allow time for a public review of the Status Review and Draft Management Reports, and to further engage the public. All relevant information gathered was summarized in a new Supplemental Information Report.

Together, the Status Review, Supplemental Information, and Final Management reports form the basis of our proposed listing. 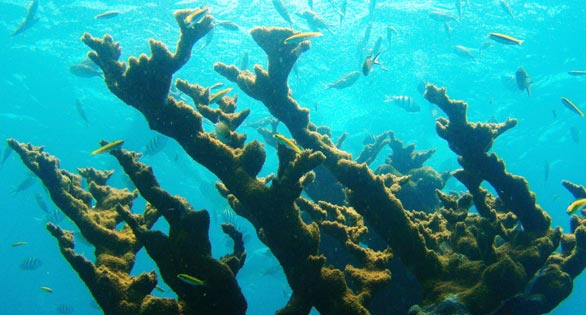 Elkhorn Coral, Acropora palmata, listed as threatened since 1986 would move to the Endangered category. NOAA Image.

This proposed listing is not yet final. Before making a final decision on this proposal, we are asking for comments from all interested parties. The public has 90 days to provide additional comments, which will be considered before NOAA issues its final decision. There are several ways to participate including:

Corals are Valuable in Many Ways

Corals are tremendously important to the biodiversity of the world’s oceans and they have measurable economic value for communities around the world. Reefs provide home and shelter to over 25% of fish in the ocean and up to two million marine species. The direct economic and social benefits of coral reefs are real and wide ranging.

One independent study reported that coral reefs provide approximately $483 million in annual net benefit to the U.S. economy from tourism and recreation activities and a combined annual net benefit from all goods and services of about $1.1 billion. NOAA also estimates the annual commercial value of U.S. fisheries from coral reefs to be more than $100 million; reef-based recreational fisheries generate an additional $100 million annually.

Corals are facing severe threats, and it’s highly likely that these threats will increase over time. NOAA identified 19 threats, including:  rise in ocean temperatures, ocean acidification, disease, ecological effects of fishing, and poor land-use practices. The three major threats identified – rising ocean temperatures, ocean acidification, and disease – are all directly or indirectly linked to greenhouse gas emissions and a changing climate. But, despite the broad global threats to corals, there is evidence that alleviating more local stressors can help improve resiliency for many coral species.