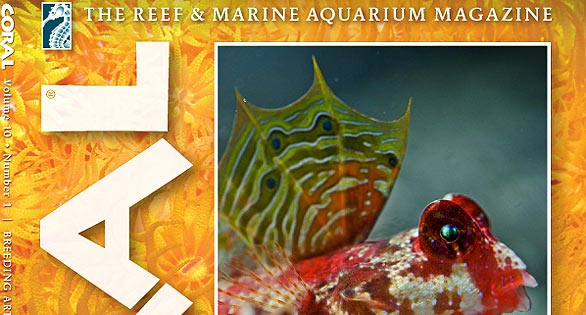 CORAL will start off the New Year with an issue packed with excitement and good news, as we report on worldwide marine aquarium fish breeding successes.

With a publication date of January 1st, the issue will feature Richard Ross and Matt Wandell working with Ghost Pipefish at the Steinhart Aquarium, Matthew Wittenrich breeding the Starry Dragonet, Matt Pedersen’s hard-learned lessons in basement breeding of the Banggai Cardinalfish, and a roundup scoreboard by Tal Sweet of all known captive breeding breakthroughs with by renowned European breeder Wolfgang Mai. 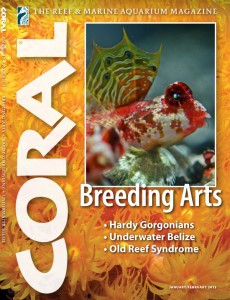 Also in the issue: