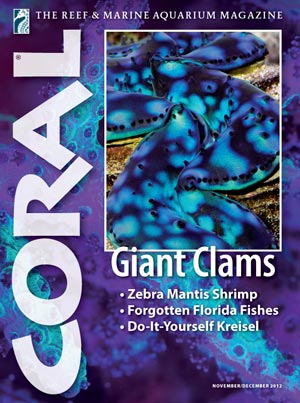 Click cover to add this back issue to your CORAL collection.

4   Letter from Europe by Daniel Knop

68  Keeping Giant Clams in the Aquarium by Daniel Knop

95  A Kreisel Tank for Rearing Marine Larvae by Christian Martin

103 Aquarium Portrait: A mud filter and lots of patience  by Kevin Bittroff

115  Reefkeeping 101: Phosphate binders—how to use them correctly by Daniel Knop; The Two Spot Blenny by Inken Krause