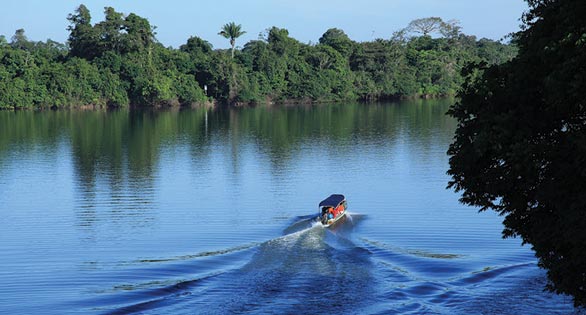 Note from a new reader:

I picked up a copy of Amazonas Magazine while visiting an aquarium store in Anaheim, California.

Amazonas is, hands-down, the best aquarium periodical in print today.  I enjoyed the articles, photos, and even the advertisements.

I especially like the fact that there are articles about travel and fish collecting, something you don’t see in other magazines.  I will be subscribing to Amazonas as long as it is published, which hopefully will be far into the future!

These days I keep mostly Eartheaters – G. balzanii, G. abalios, G. steindachneri, A. heckelii, B. cupido – and other SA cichlids, but I have kept a lot of oddball fish over the years as well as a reef tank.  I also have a large Common Snapping Turtle that I keep at the school where I teach.  I am a bit of an aquarium addict, I currently have running a 210, a 135, a 75, and a 65 at my house and a 300 and a 125 at my school.

Your magazine really is very different from anything else published today.  “Aqua Geographia” is the only magazine that might be considered comparable, but unfortunately it has not been published for several years.

Thank you and keep up the good work!

P.S. – If you haven’t ever checked out the Monsterfishkeepers website, I recommend that you do.  It is a great online resource for people into less common types of fish as well as a wealth of information on setup and filtration.  I volunteer as a moderator on the site and I would encourage any aquarium enthusiasts to join.