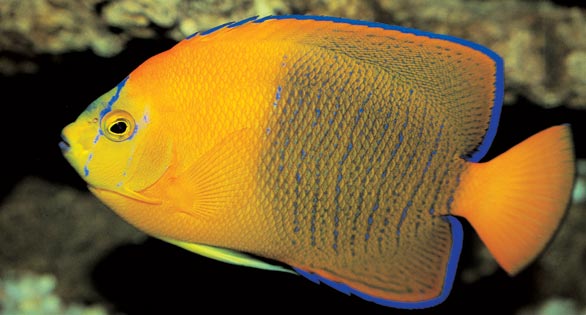 For a generation of new marine aquarium keepers cutting their teeth on Acropora and Montipora fragments, the notion of a large angelfish being the icon of the saltwater hobby can bring looks of bewilderment. But long before the Percula Clownfish and SPS corals took center stage, the big, rambunctious, gloriously beautiful angelfishes of the genera Holacanthus and Pomacanthus represented the ultimate prize for many fishkeepers stocking home aquariums.

In the “ancient” history of the saltwater aquarium hobby (half a century ago), before the advent of affordable global air freight, the best sources of marine livestock were on the southern shores of North America—Florida, the Gulf of Mexico, and Baja California. The far-flung collection stations in the Indo-Pacific did not yet exist, and pioneering marine aquarists made do with animals that could be found in home waters and shipped by rail,
bus, and truck. 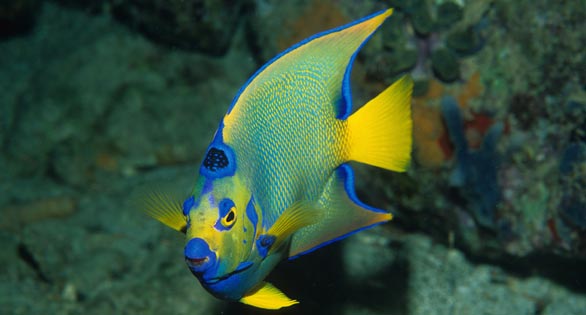 Queen Angelfish, Holacanthus ciliaris, big, robust species that was an early icon of the marine aquarium world as well as Florida and Caribbean reefs.

Marine angelfishes (family Pomacanthidae) that would grow large were highly sought after by saltwater hobbyists, and a spacious aquarium with several Pomacanthid species was once considered the epitome of a perfect marine aquarium display. Not so long ago, staple species in any well-stocked saltwater shop included a choice of juvenile Queen, Blue, French, and Grey Angels. But with the introduction and subsequent popularity of live corals and Tridacnid clams, the demand for big fish species, including larger angelfishes, declined. Keeping these fishes in a coral-dominated aquarium was considered too risky for most reefkeepers, who learned that a taste for polyps and clam flesh is common among many species of angelfish. While these species may not be as ubiquitous as they once were, there are still aquarists who devote their tanks to keeping large, strikingly attractive fishes, and, among these fishkeepers, the angels are still a popular choice. 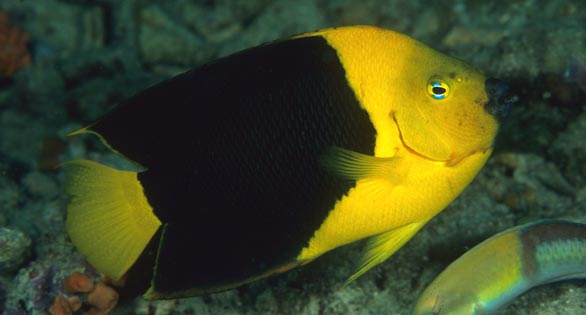 Here in Canada and the Americas, we often covet Pomacanthid species from other regions, but some of the most exquisite members of the cherub clan occur right in our own back yards. One of the most impressive angelfish groups native to the Americas is the genus Holacanthus. Some argue that the group includes one of the most spectacular of all the world’s Pomacanthids, the Queen Angelfish. These are big, intelligent, bold fishes that can become magnificent with maturity and are certainly worthy of consideration for a large fish-only aquarium. Here we will survey the Holacanthus spp.—a genus that is predominantly “American made”—and  in the next issue we’ll take a look at the genus Pomacanthus and the Atlantic-Caribbean Centropyge species.

READ the full article in CORAL Magazine. Subscribe today to get Instant Access to the Digital Edition with this article.