Over the past year or so, I’ve been having fun searching on-line auctions such as EBay for sales of original news photographs.  It seems that as more and more newspapers digitize their files, the old original prints are being made available for purchase through outside vendors.  For public aquarists, this allows you access to old press photos from your facility – you can find historic images of news events, or embarrassing photos of your boss when he/she was younger.  On the back of most of these images is the newspaper clipping of the text that accompanied the photo.  Some photos have editing marks on them, but others are suitable for framing (or turning into dartboards in the case of some ex-bosses!)

Here is a sample search on EBay:

There is no real standard for these listings, so you need to try different search terms – some vendors use the term “press photo” and some do not.  If you type in “aquarium photo” you’ll get too many unrelated listings.

To date I’ve found a press photo of my father from 1981, photos of people I’ve worked with over the years, and one photo of a nurse shark being removed from a tank (I was diving in the tank at the time, but wasn’t in the image).

I’m not certain what the copyright status is of these photos.  While you are buying an original photo, the copyright of most images is probably still retained by either the newspaper or the photographer.

I posted this idea to a public aquarium list-serve, and quite a few people responded that they also found images of themselves, or people they knew. 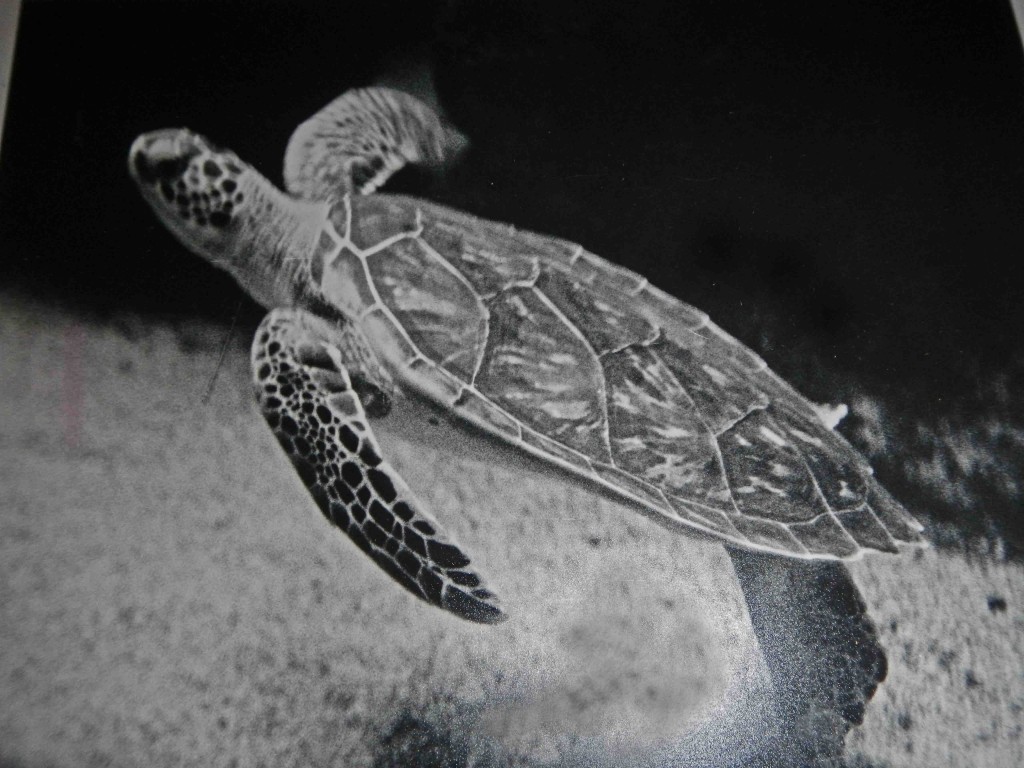 8×10″ image of a sea turtle from the Detroit Free Press – taken at the Toledo Zoo the second year I was curator there. 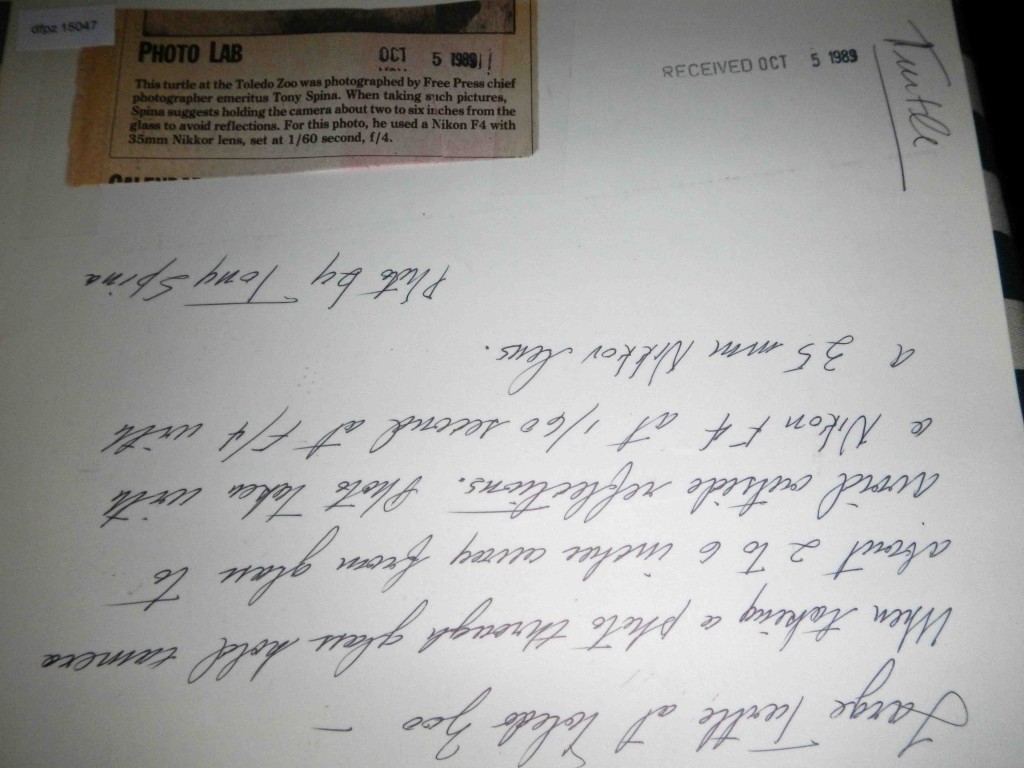 Reverse of the sea turtle photo with newspaper clipping and notes.