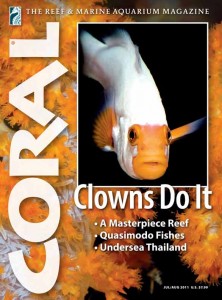 CLOWNS DO IT
VOLUME 8, NUMBER 4

BUY the July/August 2011 Back Issue of CORAL Magazine