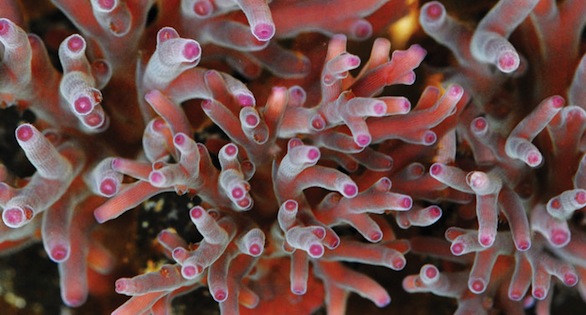 By Henry A. Feddern, PhD

A petition to classify 82 stony corals as Endangered Species under U.S. law could spell doom—or a bureaucratic nightmare—for any business or individual aquaculturing corals or live rock for the aquarium trade, industry experts are predicting.

“Listing the corals would destroy the aquaculture business,” says marine biologist and well-known reef protection advocate Henry Feddern, PhD of Tavernier, Florida. “I do not see that listing the corals as endangered would do anything to benefit the coral populations, but it’s going to put a big crimp—a very big crimp— in the plans of anyone who wants to buy, sell, or frag stony corals. You will be able to keep your existing corals, but it may require a permit.

“It seems the Endangered Species Act could be used against its own interests, by preventing people from propagating the corals in home aquariums with no cost to the government,” says Feddern.

In Need of Comments

“I am very concerned,” Marshall Meyers of the Pet Industry Joint Action Council told CORAL. “So far only a handful of objections to the petition have been filed, and the deadline is April 12th. We need industry leaders and, especially, people with Ph.D.s attached to their names to make themselves heard.”  (Where to Comment.)

“This could be devastating for native people in the Marshall Islands who are supplying us with maricultured corals,” says Dustin Dorton, hatchery manager at Oceans Reefs & Aquaria (ORA). Dorton and others say that enforcement of the ban on collection, shipment, or sale of the 82 named corals could reach far beyond these species. They point out that many stony corals are very hard, if not impossible, to identify positively to the species level by visually examining live corals.

“Proper identification of Acropora is quite difficult,” says Paul Zajiceck, aquatic biologist at the Florida Dept. of Agriculture/Aquaculture. “The experts don’t even seem to agree on how many species there are to begin with. It can be impossible to accurately pin down the species of an aquacultured specimen because its morphology can change so drastically from its wild form. This could have very negative implications for in-situ aquaculture facilities overseas.”

Proving that a particular Acropora sp. coral, for example, is not one of the species listed as endangered could be extremely difficult and could entangle all species of Acropora in a maze of laws, rules, and impediments to trade and possession. Aquacultured live rock, for example, might run afoul of the law if naturally settling stony coral colonies, however small, could not be proved to be species not listed as endangered.

Feddern, who is an advisory panel member of the Coral Management Plan for the South Atlantic Fishery Management Council, is urging the marine aquarium community to “wake up and not sleep through this.” He has written to NOAA and says that people who stand to lose their businesses or their rights to culture corals need to speak up forcefully. (Where to Comment.)

The full text of his letter to NOAA follows:

“I have been collecting marine life in Florida since 1956.  Also, I have a PhD in Marine Biology from the University of Miami, Miami, Florida, am an advisory panel member of the Coral Management Plan for the South Atlantic Fishery Management Council, am deeply involved in the management of this fishery by the State of Florida, and am the president of the Florida Marine Life Association, the trade group of marine life fishermen in Florida.

“I do not collect stony corals, but I have witnessed the gradual restrictions and prohibitions on their collection over the years. When collection was prohibited, and stony corals were listed in CITES, businesses and hobbyists began to aquaculture the coral in their facilities.

“Businesses were created to culture the corals in landlocked facilities and were able to sell the cultured corals for a profit. Hobbyists were able to grow these in their aquariums, break off fragments (frags), grow these, and trade them for frags of corals they did not have.

“Coral frag aquaculture has become a huge business, employing large numbers of people. A major side benefit of this activity is the continued culture of coral species as a genetic repository, at no cost to the government.  I thought NOAA wanted to help the species.

“The United States already bans the collecting of stony corals in its waters (as far as I know), and CITES regulations closely restrict sales in the remainder of the world.

“Apparently, there are many inconsistencies and shortcomings in the data that tries to justify listing the species as endangered. I do not see that listing the corals as endangered would do anything to benefit the coral populations, beyond what is already being done.

“In fact, listing the corals would destroy the aquaculture businesses that have emerged since coral collection was stopped or restricted. It would also deprive hobbyists from caring for and displaying the stony corals (which make up such a major portion of the beauty of a reef aquarium). This is because trade in “Endangered” species is prohibited. I don’t even think that frags could be given away without costly government permits. Would a hobbyist with a frag in his aquarium be required to purchase a permit?

“I recommend that this “Petition to List 82 Species of Coral as Threatened or Endangered Under the Endangered Species Act” be tabled until all 82 species have been thoroughly studied to see if such action is justified, and only then take whatever action is proper. I also feel that if the corals are to be listed, the coral fragments already being aquacultured by businesses and hobbyists should be exempted from the restrictions on trade and possession inherent in the Act’s regulations.”