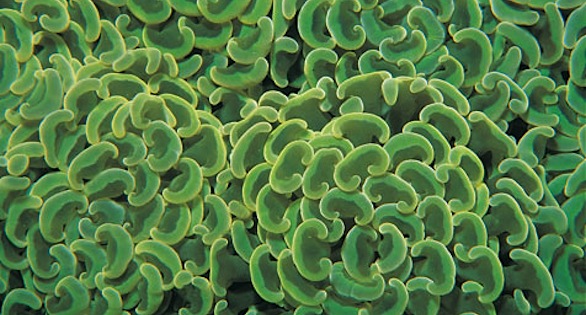 Branching Hammer Coral, Euphyllia parancora, described by the Center for Biological Diversity as one of many stony corals in need of protection from “taking”: environmental harm, collection, importation, or interstate trade.
Image: Janine Cairns-Michael

A move to place more than 80 species of stony corals on the Endangered Species list appears to be gaining traction with the U.S. federal government. A petition from an Arizona-based environmental group calls for protection of 8 Caribbean and Western Atlantic species, 9 corals in the Hawaiian Islands, and 66 species from the Indo-Pacific.

The National Marine Fisheries Service (NMFS), the National Oceanic and Atmospheric Administration (NOAA), and the Department of Commerce have opened a 90-day finding period seeking to hear “scientific and commercial information” on whether a long list of stony coral species would be given protection under the Endangered Species Act.

The 83 species included in the original petition range from four species of Acanthastrea, 22 species  of Acropora, 3 species of Euphyllia, 8 species of Montipora, and 4 species of Turbinaria. Among the corals on the list are such commonly kept aquarium species as Euphyllia parancora, Galaxea astreata, Pavona cactus, Turbinaria reniformis, and many species ofAcropora. 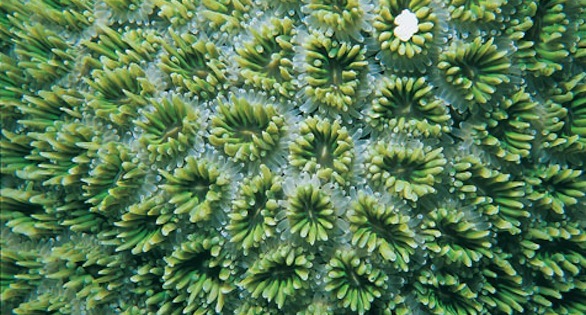 Galaxy Coral, Galaxea astreata: a rampant grower in many aquariums, but said to be endangered in nature. Image: Janine Cairns-Michael

The move was initiated by the Center for Biological Diversity, headquartered in Tucson, Arizona, a non-profit dedicated to conservation. The Center claims the petition, originally submitted October 20, 2009, was ignored until they threatened to sue the National Marine Fisheries Service.

The announcement that the group’s petition had been accepted came February 10. Of the 83 original coral species, 82 were found to have significant enough evidence of compromise to justify further status reviews. The Fisheries Service ruled that there was not enough evidence to consider a listing for the Western Atlantic Ivory Tree Coral, Oculina varicosa, but that the others warranted further consideration.

“This is a call to action,” said Marshall Meyers, CEO of the Pet Industry Joint Advisory Council (PIJAC) in Washington. “There may be some species that do need protection, but to list all of these corals demands serious science-based, credible studies demonstrating that each of these species is endangered.”

If listed, the corals would be banned from collection in U.S. waters, banned from import into the United States; interstate shipment would become illegal. Captive propagation would require a federal permit, and corals could only be bought and sold within states. “Effectively, this would end the international trade in stony corals to the United States,” Meyers said in an exclusive interview with CORAL Magazine. 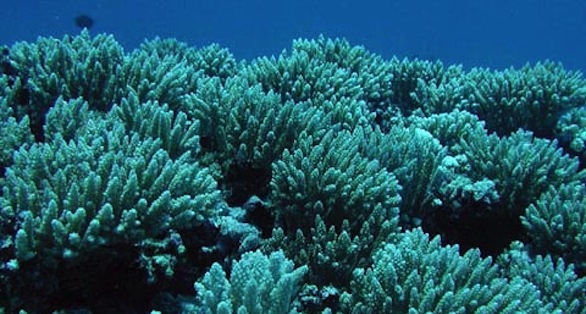 “I think many people have been taken by surprise and don’t yet know the implications. In addition to the marine aquarium hobby, this could impact anyone who comes near a coral reef in U.S. waters, including boaters, fishermen, divers, and tour operators. Using the Endangered Species Act in this way is part of a crusade, the breadth of which we have never seen before.”

Once a species is listed as endangered, sanctions are levied against anyone who “takes” a specimen. “Taking”  is defined as “harassing, harming, pursuing, hunting, shooting, wounding, killing, trapping, capturing, collecting, or any attempt to do these things to a member of the endangered species.” The petitioners believe that they can use the Endangered Species Act to bring legal action against entities emitting CO2 and to force the government to establish marine protected areas.

“The status review is an important step forward in protecting coral reefs, which scientists have warned may be the first worldwide ecosystem to collapse due to global warming,” says Miyoko Sakashita, oceans director at the Center for Biological Diversity, based in San Francisco. “Endangered Species Act protection can provide a safety net for corals on the brink of extinction.”

The group says it has “255,000 members and online activists,” and in its tax filing for 2008 showed total revenues of more than $9 million. Among its current campaigns are efforts to save sea turtles, Beluga Whales, ancient Redwood Trees, and the Okinawa Dugong. Other activities of CBD include the distribution of 100,000 free “condoms for endangered species,” in hopes that human population growth will be slowed. Handed out across the country on Valentine’s Day, the slogan on one of the six different condom packets reads: “Wrap with care, save the polar bear.”

Coral biologists have started to dissect the group’s petition, and John Bruno, Ph.D., of the University of North Carolina, writing on the Australian based blog, ClimateShifts.org, took particular note of the assertions of loss of coral cover in many areas that the petition uses to justify protecting stony corals. Bruno himself did some of the studies cited by the petitioners.

“Now this, as they say here in Oz, is some dodgy science…. Given what we have have seen happening in the media recently, e.g., the IPCC reports, scientists should be really careful about the accuracy of their gloom-and-doom stories.”

Some observers believe that, should this petition be approved, it could pave the way to a wholesale listing of all or most stony corals and coral reef fishes under the Endangered Species Act.

Meyers asks that anyone in the CORAL audience who can help provide an informed response to the petition contact PIJAC. The deadline for responding to the National Marine Fisheries Service is April 12, 2010.

For more information, or to weigh in with your expertise, see the following:

Center for Biological Diversity (The Petitioners)

The Finding (National Marine Fisheries Service) and The List of Corals