Public aquarists often have difficulty photographing their exhibits. Not only do they have the same problems as home aquarists (flash reflection off the glass, issues with white balance, fast moving fish, etc.) they have the added distortion caused by thicker viewing panels (often with fingerprints or scratches on the surface). In some cases, the answer is to photograph the subject in a special photo tank. In other cases, this simply is not practical. I had explored both photo tanks and “top down” photography as potential solutions to these issues in my book, Advanced Marine Aquarium Techniques. Another method I presented in the book was the use of underwater cameras in aquariums. At the time, I was using a 3.2 megapixel Canon in a waterproof case. This allowed for barely tolerable results as the housing was bulky and the camera had low resolution.

I recently acquired a 10 megapixel Pentax Optio W60 that is waterproof to 14 feet without a special housing. Costing only $210 to $260 on Ebay, this camera gives fairly good results, and I wanted to share some images that I’ve made over the past few weeks. In-tank photography can be done by divers (in large tanks) or by simply immersing the camera in the tank from above. These images were taken by the latter method. Obviously, being unable to frame your subject is an issue, but with digital cameras, you can keep shooting and deleting shots until you get one with good framing. Don’t be afraid to think outside the box. In one shot, I wasn’t able to hold the camera at the proper angle, so I made the shot with the camera upside-down and then flipped the image in Photoshop. 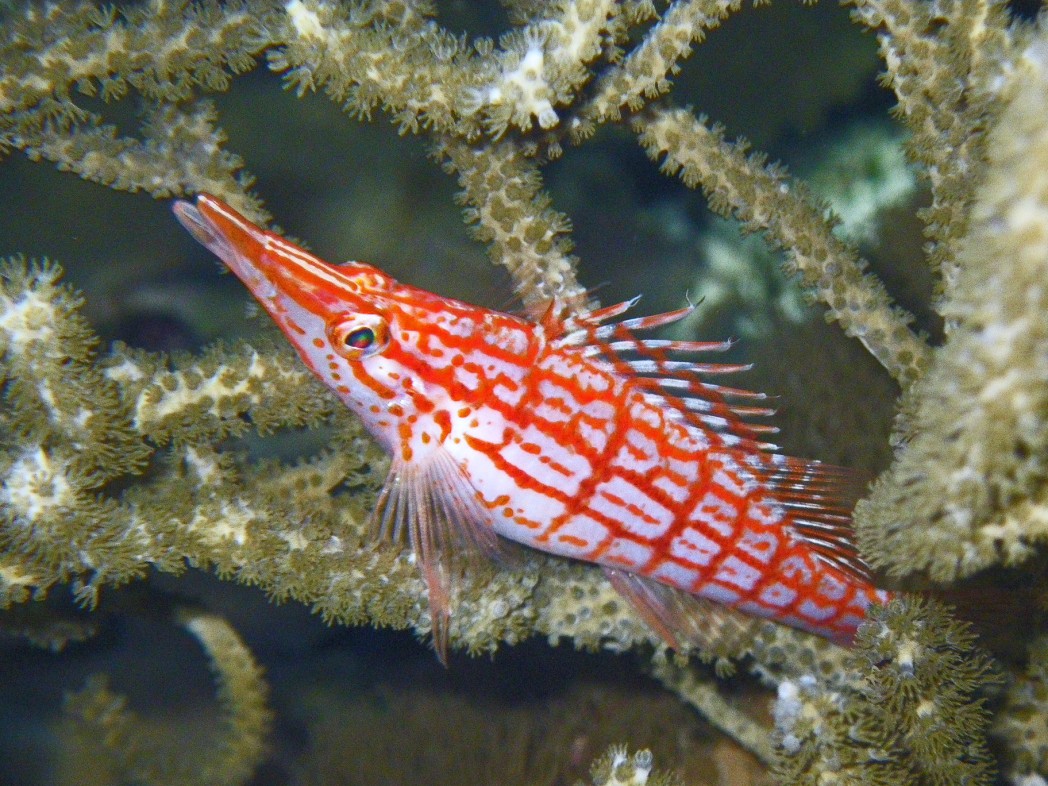 UW photo of a Longnose hawkfish balanced on a gorgonian 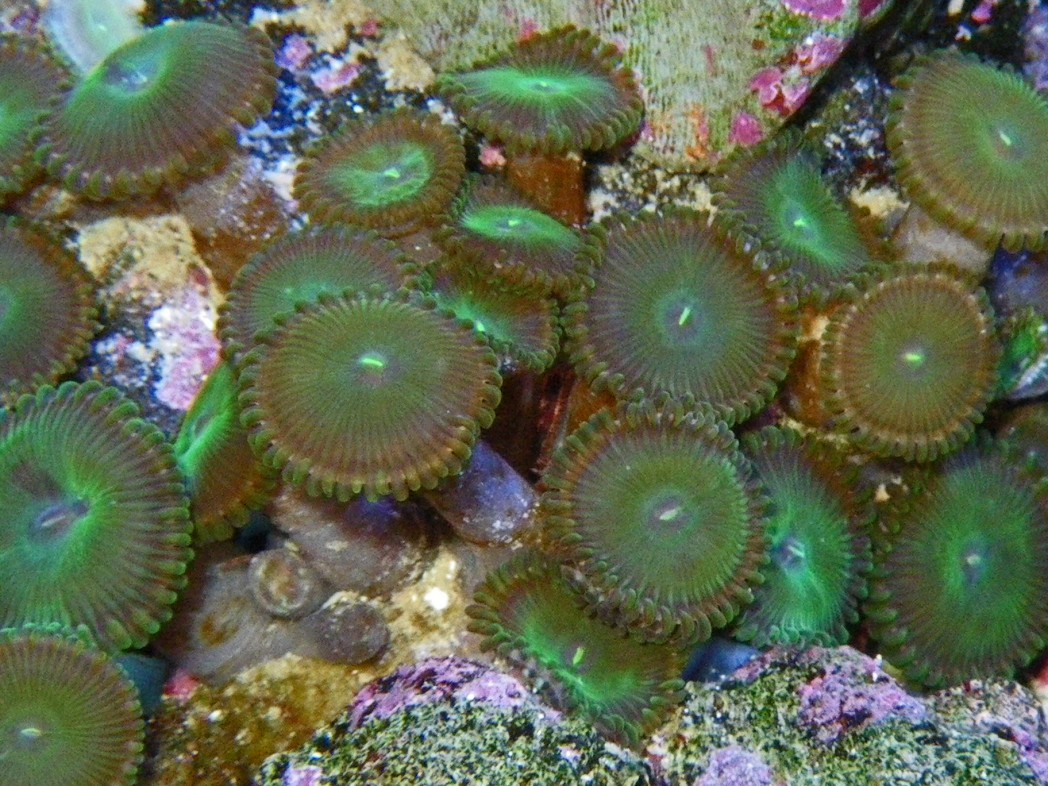 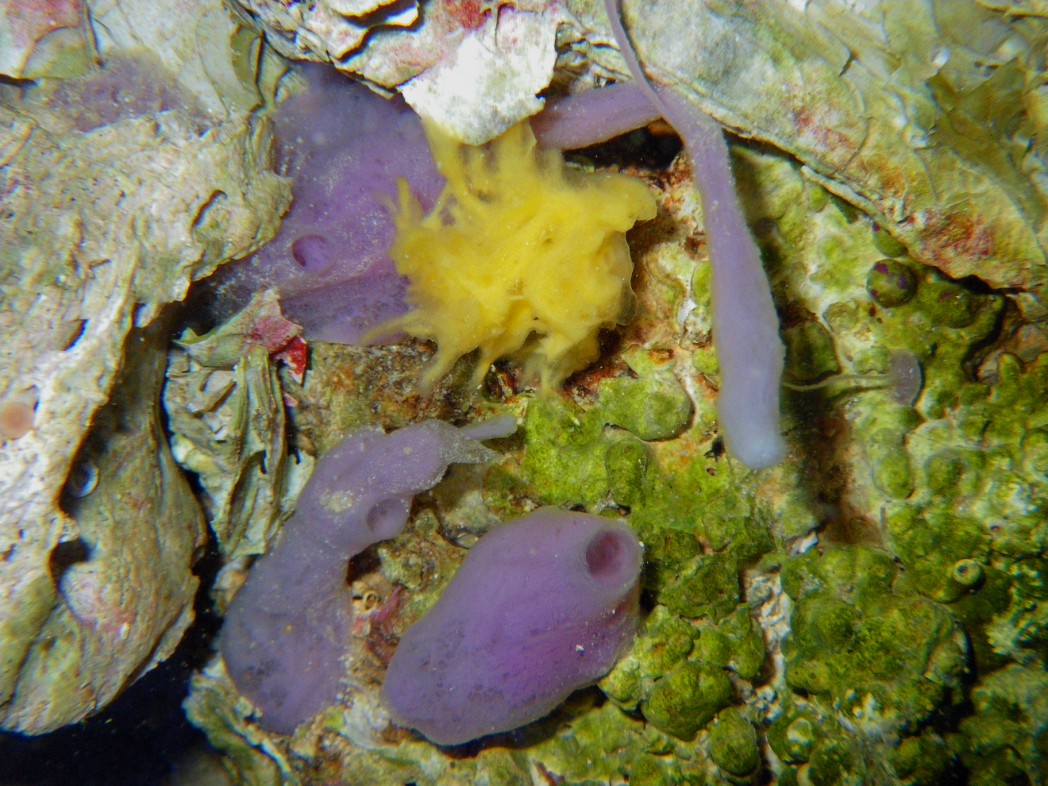 Cryptic sponges living under rocks n a sump – UW photography would be required for shots like this.

While this technique has benefits, it also has drawbacks; backscatter when the flash hits particles in the water can be worsened in underwater photos. Avoid disturbing any detritus or feeding the tank before taking UW shots, and use image editing software to remove any particle “flares” that might remain.