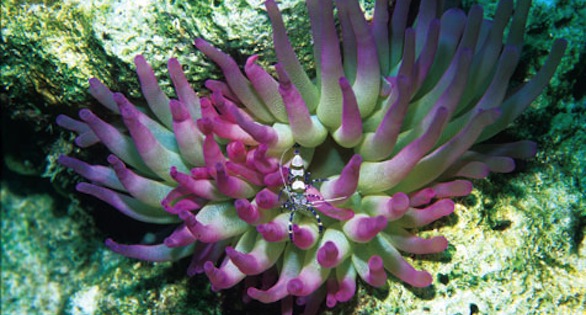 It is encouraging to see the animated discussion of important issues surrounding the future of our industry. We are particularly pleased to see CORAL allowing for dialogue, however, recent comments regarding our paper Crawling to Collapse: Ecologically Unsound Ornamental Invertebrate Fisheries have misinterpreted key phrases and ignored the data. For the benefit of the CORAL readers, we will summarize our findings and address some of the misinterpretations, in hopes of creating a collegial dialogue on how ornamental fisheries around the world can improve.

Overall, we reported that the Florida Marine Life Fishery is a leader amongst similar fisheries, and in the paper state “Laudably, Florida maintains one of the most extensive data set of any ornamental fishery worldwide, recording catch landings for the ornamental and curio markets since 1994”. It is these data that we used to assess the trends in catch composition and trends.  The original paper can be read at the PLoS ONE website: PLoS ONE Paper.

We purposefully selected the highly respected, open access journal series Public Library of Science (PLoS), so that everyone (scientists, hobbyists, etc) would be able to read the article. PLoS ONE specifically hosts a “comments” section for each publication. We firmly believe it is important to engage in debate with the goal of generating and improving the data used in support of management.

1. Our paper demonstrates, for the first time in the peer-reviewed literature, a significant change in the composition and functionality of organisms being harvested for the marine aquarium industry coinciding with “a shift from display preference from fish-only tanks to miniature reef ecosystems”. This shift has accordingly altered the invertebrate catch composition in Florida; a finding that has received little attention in the scientific community and popular press, despite being well-known in the hobbyist trade for some time.

2. We reported that the Florida Marine Life Fishery is a leader amongst similar fisheries. We also acknowledge the effort by the marine life fisherman “….fishermen in the FKNMS who have collected specimens for the aquarium trade for more than 4 decades strongly advocate for stricter licensing,  catch-limits on key species, and environmental monitoring programs…..”

3. The Florida data clearly shows that despite several beneficial changes to  management  (a reduction of licenses and some bag limits), total harvests have increased approximately 14% per year. These harvests are targeted at many species that perform vital ecosystem functions, and invertebrates now dominate the trade. The removal of biomass in this fishery occurs in the total absence of population estimates, and with very little information on reproduction, other life history traits and ecological interactions. For the invertebrate species involved, there are no closed seasons or size limits that ensure species can mature after recruitment.

4. These facts (not opinions) about the reported landings point to a worrisome trend. Historically, these kinds of trends have been early warnings of fishery collapses. For example, in Florida and the Wider Caribbean, the Queen Conch was heavily fished for decades, leading to a complete collapse of the fishery, which has still not recovered after decades of closures in Florida. Unfortunately, similar stories of decline and collapse have been reported in hundreds of fisheries worldwide.

5. We acknowledge that ornamental collection is not the only factor affecting these species, and significant ecosystem impacts including nutrient loading affect this ecosystem and this fishery. Increased nutrient loading requires more herbivores and water filtering organisms (among others) to maintain the status-quo. Removing these important system components can cause cascading effects that has been shown to result in further degradation of stressed systems.

6. To date, effort (the amount of fishing) is not controlled by regulations, it is controlled by consumer demand (see figure 4 in our paper). “Even though the number of active licenses reporting landings has remained relatively stable over time for the most heavily collected species, fishing pressure has increased in almost every species over the past decade (Fig. 4). This upwards trend is independent of license number; in reality, only a few licenses represent the majority of the landings (Fig. 4A)”.

7. In a simple net gain model of fisheries, harvests taken from unknown population sizes do not necessarily indicate overfishing is occurring. But to use the banking analogy, how much money would you take out of the bank each day if you had no idea how big your account was, and how fast it was being replenished? In a natural population, sustainable removal rates depend on information about population dynamics (size structure and abundance), reproductive capacity (which is affected by population dynamics), other life history traits, and interactions with other species. When such factors are unknown, the “precautionary principle” should apply, i.e., the burden of proof that harvesting at a certain level is not harmful falls on those who advocate for the harvest. In this case the burden of proof is on us all. We should all be working toward determining species stock sizes and reproductive biology, in order to assure that this fishery remains sustainable long into the future.

Conclusion: Our paper reviews the fishery dependent data from Florida as a first step in assessing trends in this complex fishery. We hoped to draw attention to a group of taxa that may be at risk, and our ultimate hope is for a sustainable fishery. It was an enormous effort to revise the current FLML plan, but the curio trade is still unregulated, taxonomic loopholes remain, and proposed management initiatives are incomplete. Fortunately for this fishery, there is still time. We believe that Florida has a short-term opportunity to enact proper protection, which would benefit the fishery and the ecosystem alike. If this fishery were immediately poised for collapse, then our paper would be too late. Instead, we remain optimistic that this fishery has an opportunity for correction, hence the title word, Crawling.

“REEF” was originally a term to describe a shipping hazard, and now it can be use in its more modern term to describe an assemblage of species associated with some sort of structure. Coral reef ecosystems include all of the different types of reefs, different zones within those reefs – e.g. “reef face and reef platform”, and can also include associated habitats such as adjacent sea grass beds, mangroves, algal flats and rocky shorelines. These habitats are interconnected both by species that move between the different habitats during their life, and by anthropogenic impacts, including fishing pressure on associated habitats as well as a variety of land based stressors.

“OVERFISHING”. In our paper, the term overfishing is used only once in reference to a specific species: the Giant Caribbean Anemone, Condylactis. In this fishery, the unfortunate decline of Condylactis anemones is well supported by the literature, FWC statements, and fisherman dialogue at meetings. All other uses of the term “overfishing” in our paper are in the background or discussion; we were deliberately careful not to apply the word overfishing without just cause.

We are passionate about fish keeping and we believe that the aquarium trade can be a powerful educational tool and hobby; as Mr. Jeff Turner so eloquently states: “an educational window into the sea”. Nearly a decade ago, Dr. Tlusty published the first paper on the risks and benefits of ornamental aquaculture that highlighted the importance of both wild capture and aquaculture to the industry. Florida has one of the best monitoring systems for ornamental marine catches in the world. However, even with reductions in licenses, the number of individual animals collected each year exhibit a double-digit increase. At what point will this increased yearly effort exceed the systems capacity to produce?