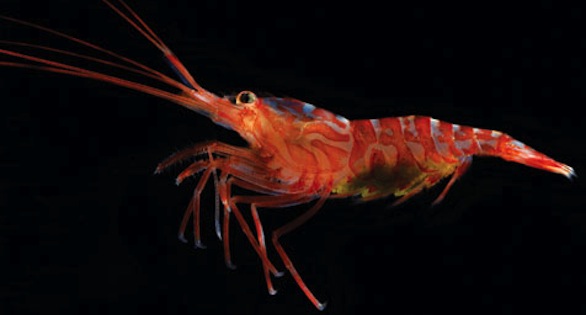 Lysmata hochi, a Peppermint Shrimp that some suggest is being over-harvested as a marine aquarium maintenance animal.

I have been acquainted with the ornamental industry in Florida for many years, the past 22 as an extension and research scientist with the University of Florida.  I do not have a direct programmatic assignment or daily involvement in research or management of the ornamental capture fisheries of Florida, but they are intimately entwined with the same market channels of the aquaculture component we focus on, so I am well acquainted with those involved.

The recent New York Times article which reports and discusses the paper Crawling to Collapse: Ecologically Unsound Ornamental Invertebrate Fisheries, published in the online journal, PloS ONE, highlights a disturbing trend in “science,” whereby the authors are allowed, if not encouraged, to pass off an opinion as if it were a scientific fact and publish these “facts” in a manner typical of advocacy and not science. This is a perfect example of normative science that has drawn considerable attention and discussion over the last several years.

From the title to the conclusions, this paper is rife with statements and assumptions which are not supported by the limited data the researchers had access to. Beyond that it also is inaccurate or has purposefully omitted any counter hypothesis.

For example, as noted in another response by Forrest Young, the location or source for many of the invertebrates discussed has little or nothing to do with the reefs of the Florida Keys, instead coming primarily from shallow shorelines, or as a by-catch to stone crab fisheries in the Gulf of Mexico.

The function that these animals provide in aquaria is similar to their roles in the wild, but they are not primarily occurring on coral reefs as insinuated by this paper. Documented observation of the resource fails to indicate a negative impact has occurred due to the collection, but this is not portrayed in the text as it does not support the conclusions.

I was disappointed last year that this paper was submitted for publication as written, and even more concerned that a scholarly journal would publish it as is.  It would not stand up to criticism as a student seminar in our program at the University of Florida, and I would reject it if asked to participate in a peer review process, unless it received a major rewrite (including the title).  While the authors present an interesting discussion of fishery management alternatives, insight into the workings of the licensing program, and detailed discussion of the shifts in species collected, there is no data presented to support their assumptions, predictions, and conclusions, a stringent requirement of good science.

The analysis of the landings data is interesting and important as a tool for managers and stakeholders to insure that the collection and trade of invertebrate species is properly regulated.  That is why the data reporting is required for all licensed collectors in Florida, and the authors are not alone in monitoring and taking notice of the increased landings.  However, to make the leap from increased landings to the statement of ecologically unsound practices, and a prediction of imminent collapse of the fishery and/or the associated ecosystem is purely an opinion and is not supported by the data presented.  Fundamentally, the authors have not examined species biological and ecological data to support their conclusions.

Fisheries science, and the management programs which it often influences, can be likened to economics.  To discuss it in simple terms, on one side of the ledger you have income, and on the other spending.  When your income exceeds your spending you have a surplus, and when your spending exceeds your income you have a deficit. Run a deficit for too long and the economy collapses.  When they are equal we call it a balanced budget.

While spending (i.e. harvest, predation) and income (i.e. recruitment, production) fluctuate regularly in a healthy ecosystem or extractive-use activity (e.g. fisheries, forestry, hunting, etc.), at the end of the day we are typically looking at a balanced budget as representing sustainability.  Maximum sustainable harvest, a historical principle in fisheries, is coming under criticism as it may lead to over harvest when unexpected factors are not considered. Managers are more and more leaning towards the term sustainable harvest, a philosophy based on allowing a surplus in the production side to compensate for just such occurrences.

To evaluate and predict the sustainability of an economy or fishery you must have access to both sides of the ledger, and an understanding of natural fluctuations and population dynamics which occur due to external influences beyond the activities being addressed.  Studying the landings data alone – the spending – does not tell us anything about the income side of the issue, or anything about other, non-fisherman impacts to the population (e.g. weather, natural mortality, predation, etc.).

Without knowledge of the “income” of an ecosystem or fishery, increased “expenses” or landings deserve attention, but are not proof of unsustainable spending.  While equivalent scientific data is certainly lacking on the productivity and population dynamics of the targeted species, this alone cannot be used to conclude the invertebrate fisheries of the Florida Keys are overharvested.

A similarly poor scientific conclusion could be made that the production is obviously inexhaustible given the exponential growth in the landings and no evidence of a decrease in availability being apparent.  It would interest me to see if a scientific journal would publish such a paper.

Contrary to the authors’ suggestion of a possible collapse of the invertebrate fishery, agency officials and other stakeholders have collectively decided that while the fishery is experiencing increased collection, there is no apparent negative impact on the populations.  The production of these species – the income – is believed to be much greater than the current increased collection.  This too is only an “opinion,” but is the result of numerous individuals’ input into the decision process, and based on extensive observations of the fisheries and resource(s) affected – observations the authors chose to ignore.

There is open admission and agreement by those involved that attention to the fisheries’ health is needed, and that given the lack of data on production, caution should be used to insure the sustainability of the fishery.

The marine life collectors, the Florida Fish and Wildlife Conservation Commission, and the Florida Keys National Marine Sanctuary have an extremely active and aggressive process for doing just that. As others have noted, the ornamental marine life industry in the Florida Keys is one dominated by collectors, agency personnel, and NGOs who are passionate and aggressive in their pursuit to insure that the industry is sustainable and reacts appropriately to changes in the ecosystem and fishery they depend upon.

To claim the fisheries are heading to collapse, to suggest that due diligence is lacking, borders on arrogance, and fails to recognize the tremendous effort expended in management, and the vested interest all affected parties have in maintaining these fisheries.  These accusations are unsupported by any data in the study, and simply stated in The New York Times article as if the involved parties are recklessly exploiting the resource.  Perhaps it was not the intent, but such statements do little to foster open collaboration between science, managers, and stakeholders, and should only be used when there is proven and apparent neglect.  .

The negative reaction from marine scientists, collectors, and resource managers is appropriate except that it may be overly genteel and conciliatory.  The authors are obviously concerned individuals, but their opinions should not have been published as scientific fact.  As faculty and staff of a university or a public aquarium, they should be more self-critical when writing for a science journal, or speaking publicly.

Most disconcerting to me as a scientist is the trend in scientific journals to not fully vet such papers, but instead publish alarmist titles such as this – perhaps in an effort to gain recognition of their publications.  Science demands an objective analysis of the data to either prove or disprove a hypothesis.  This study fell far short of that fundamental requirement. “Crawling to Collapse” is a clever marketing phrase for the paper, but such a treatise belongs in an editorial section, not the scientific literature. Unfortunately it has now been noticed by The New York Times, which will certainly lead to follow up stories in other venues, and this paper will be cited as fact in subsequent “scientific” papers.  This incident and the trend I have observed concern me that the science itself is what is collapsing.

Craig Watson is director and research coordinator of the University of Florida’s Tropical Aquaculture Laboratory in Ruskin, Florida. http://tal.ifas.ufl.edu/