Maximum Sizes of Fish in Captivity – an Estimation Tool 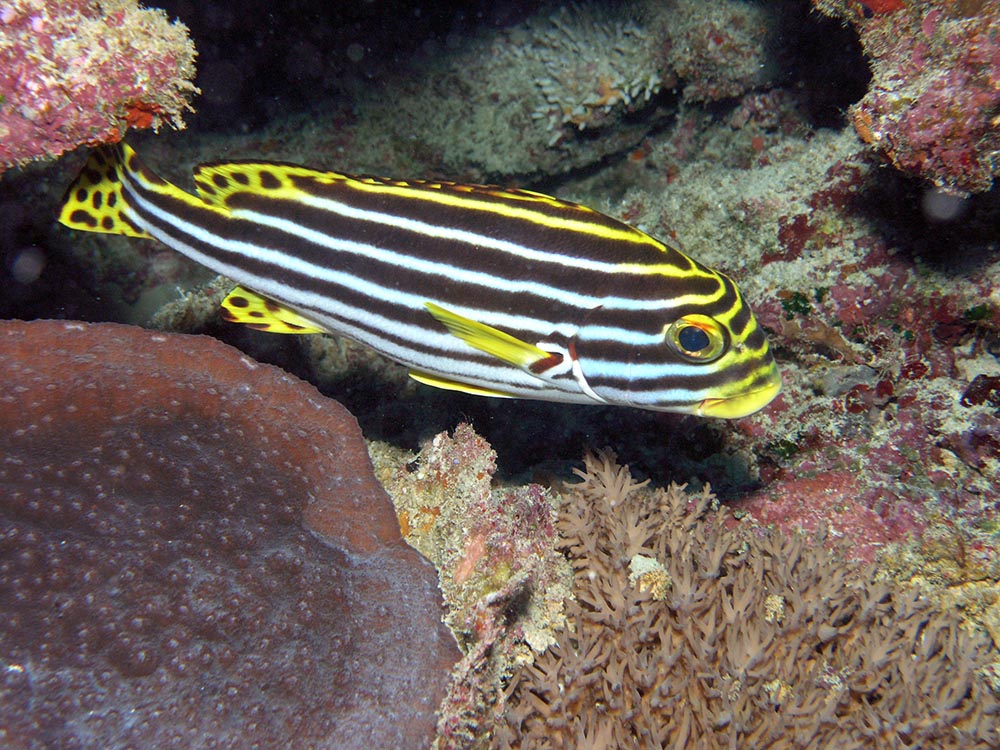 How big does this Oriental Sweetlips (Plectorhinchus vittatus) get? At first glance, 72 cm according to Fishbase? – Photo by Julie Bedford, NOAA

As a side project to one that I’m working on to quantify swimming room required by fishes, I looked into the predicted maximum size to which fish will grow in captivity. Many of us use FishBase for their maximum size records, and extrapolate captive size estimates from that data. The problem is two-fold, first their records are for maximum sizes recorded, not normal adult size – and second, I had a strong feeling that many fish do not grow as large in captivity as they can in the wild.

What I did was measure the current size of a group of fish in a public aquarium collection. These fish were selected for the criteria that none of them has grown appreciably in the past two years, and all have been in captivity at least 5 years (the range was 5 to 20 years). Needless to say, this was not a large sample set, but I did find 19 good candidates.

The next step was simple, express the current length of each fish as a percentage of the listed maximum adult size on FishBase. I found the fish in the group had reached their maximum captive size in a range from 45% to 91% of the maximum FishBase size for each species. The average was 66%

So, if people are using the FishBase size to estimate how large a fish will grow in an aquarium, it is likely more accurate to use two thirds of that value as the captive maximum size.

Length of 19 long-term captive fishes as a function of the percentage attained of the maximum size for that species listed on FishBase.