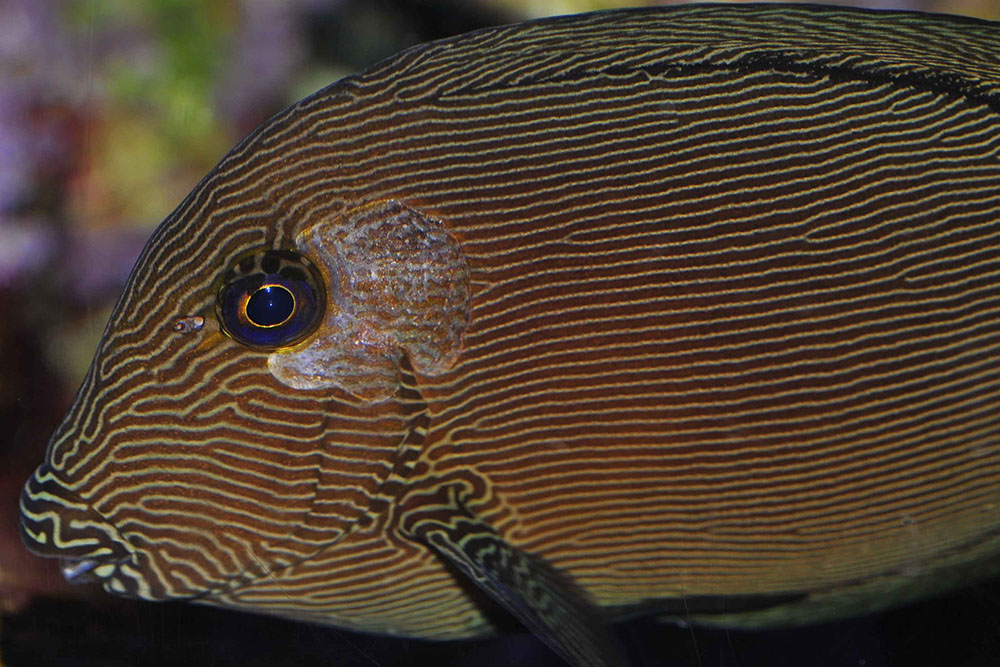 A chevron tang with HLLE on its left side only, right side was clear of symptoms 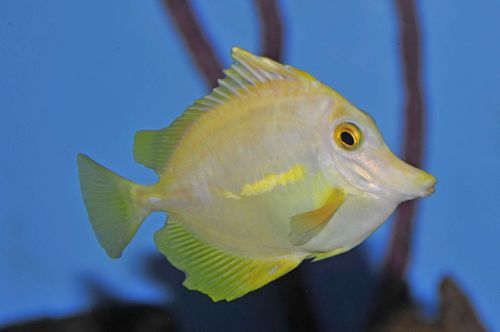 In evaluating these results, it becomes apparent that this information is best used for its qualitative information as opposed to attempting to quantify the results.  Remember that few truly scientific studies have been done researching HLLE, so most, if not all of these responses were people’s opinions, based on anecdotal information.  That said, there is some potentially useful data in the survey results if you look for it:

Two-thirds of the data came from people who responded to the survey through AquaticInfo, the public aquarium listserve.  The other third were intermediate to advanced aquarists from the reefs.org and Reef Central message boards.  The other important bit of information was that 2/3 of the cures involved moving the fish to a new aquarium. In fact, if I had constructed the survey questions differently, I suspect that this value would have been higher. For my own facility, 100% of the remissions we have seen involved moving the fish to a new aquarium.

As the survey administrator, I had the benefit of seeing each response by itself – so I could see which data came from public aquariums, and which came from home aquarists.  Much of the outlaying data came from the intermediate home aquarium sub-set (the use of grounding probes, Selcon, garlic, etc.) When only the public aquarium responses were looked at, some even stronger trends appeared:

83.9% of the reported “cures” involved moving the affected fish to a new aquarium.

18.6% of the public aquarists reported complete reversal of HLLE by removing carbon.

75.4% of this sub-group implicated the use of carbon in the development of HLLE, followed by lack of Vitamin C at 63.1% and “general stress from captivity” at 56.9%

The study that I will be undertaking will examine the role that carbon dust (as an irritant) plays in the development of HLLE in marine fish.  It will be funded by the conservation and science department of my facility.  If anyone has any additional anecdotes regarding the carbon dust / HLLE connection, please let me know.