The new-era English-language CORAL Magazine was launched in 2009.

Back in January, when I learned that James Lawrence would be the new editor and publisher of CORAL Magazine, I took the opportunity to interview him (“JL” below) for my SaltwaterSense blog (“SS” below), which is presented by Saltwaterfish.com. With the permission of Saltwaterfish.com, I have decided to re-publish that interview here as my preliminary blog entry on this site. I hope this interview is a good introduction to the new CORAL Magazine. If you have not yet subscribed, do so now!

Between conducting this interview and today, I have had the opportunity to read the first issue of CORAL cover-to-cover, and it is, in my opinion, everything and more than James promises in this interview.

SS: When KORALLE was first conceived in 1999, what was it that set it apart from other aquarium magazines?

JL: The goal was to publish readable and reliable articles from experts, both home aquarists and marine biologists, with a mind-boggling use of brilliant photography, and very high production values.
SS: When was the English language edition of CORAL launched, and what was its reception in the United States? What other international versions of the magazine are currently in production?
JL: CORAL has been published in English for five years, and it has become a collectors magazine, read and kept permanently by many serious aquarists in many countries. It is published in Germany, France, Italy, Poland, and Russia. For the first time, we will be making a serious effort to get our edition into the UK, Australia, New Zealand, Hong Kong, and other places where English-language magazines are sold.
SS: What is the current relationship between the various editions of the magazine world-wide?
JL: We share content (back and forth) from the German KORALLE, the mother ship, ably piloted by Daniel Knop, who is personally known to many US aquarists as intensely interested in the future of marine aquarium keeping.
SS: I have heard it said that CORAL provides a content-driven alternative to most other marine publications currently available to hobbyists. What does this really mean? Can you give us a few examples? 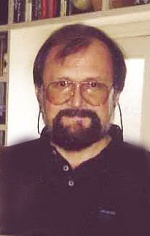 This interview was first published at SaltwaterSense.com, the featured blog presented by Saltwaterfish.com and written by Ret Talbot. To learn more about Ret and his other writings about the marine aquarium industry, please visit his website at www.RetTalbot.com.