I’m frequently asked by visitors what my favorite fish is. The quick answer is whatever new species I happen to be working with at the moment. Currently, that would be a group of tropical fish from West Africa, including a Holacanthus africanus angelfish. 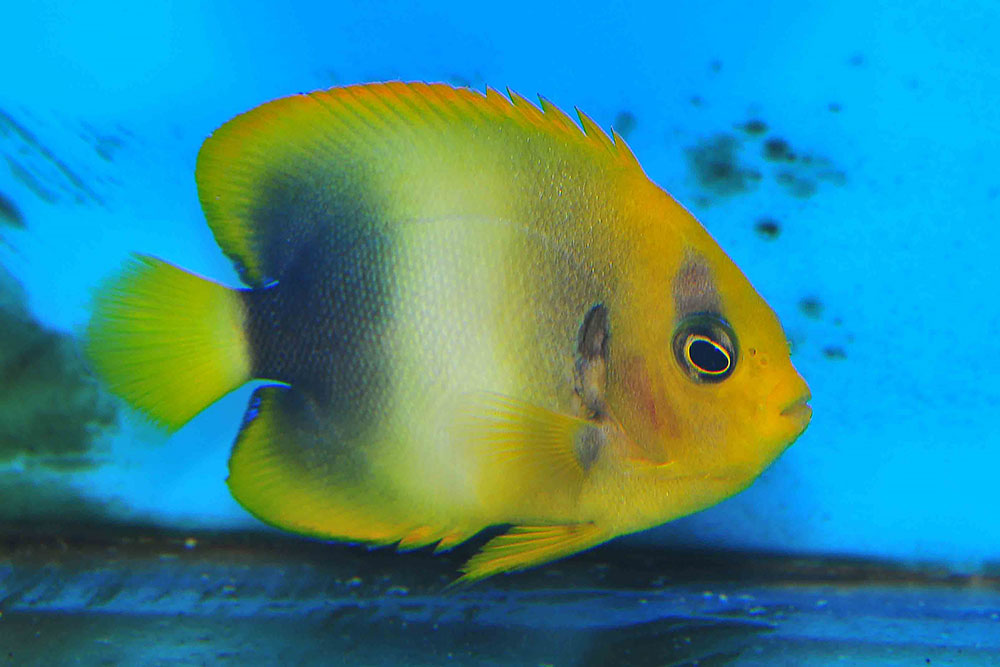 Ultimately, my all time favorite group of fish must be the flashlight fish, Anomalopidae. The most often seen species is Anomalops katoptron. Rarely, Photoblepharon palpebratus is also collected. The latter seems much hardier, and has brighter lights. We have had one of these fish on exhibit since 1993 in a tank full of Anomalops. Most every day, I pull back the curtain in front of their exhibit and go inside just to watch them for a few minutes. 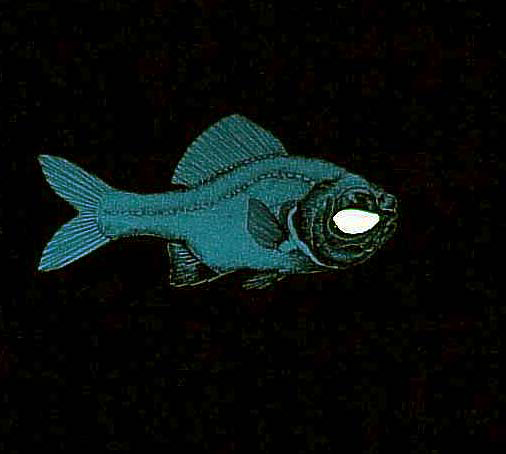 Here is some information derived from my book, Advanced Marine Aquarium Techniques that discusses these fish (Copyright 2006 TFH Publications):

Flashlight fish are important exhibits in many public aquariums and are desirable acquisitions for very advanced home aquarists who have the requisite skills to maintain these fish properly in their home. One might think that the people, being familiar with the ubiquitous lightning “bugs”, would harbor a rather blasé attitude about similar glowing animals. This does not seem to be the case at all, as people are clearly fascinated with these fish whenever they see them.
The husbandry requirements of flashlight fish are very stringent. If the animal’s needs are not adequately met, the bioluminescent bacteria that provide the light emissions are adversely impacted and the fish’s photophores become dimmer or may actually go out altogether.

Temperature may play a role in maintaining a good level of luminosity in these fish. An aquarium temperature of 22 degrees C. Increasing the concentration of highly unsaturated fatty acids (HUFA’s as contained in the product Selco) in the diet fed to flashlight fish has been reported to increase, or at least maintain for long periods of time, the photobacteria in Anomalops (Cooper 1988). Another method that seems to work equally well; offering copious, high quality foods fed ad libitum (at liberty) twice a day.

Home aquarists should probably avoid acquiring this species unless they are prepared to set up a dedicated aquarium for them, one that is kept shrouded in darkness 24/7. They also are prone to developing fluke infestations, requiring an appropriate treatment (often with Praziquantel). 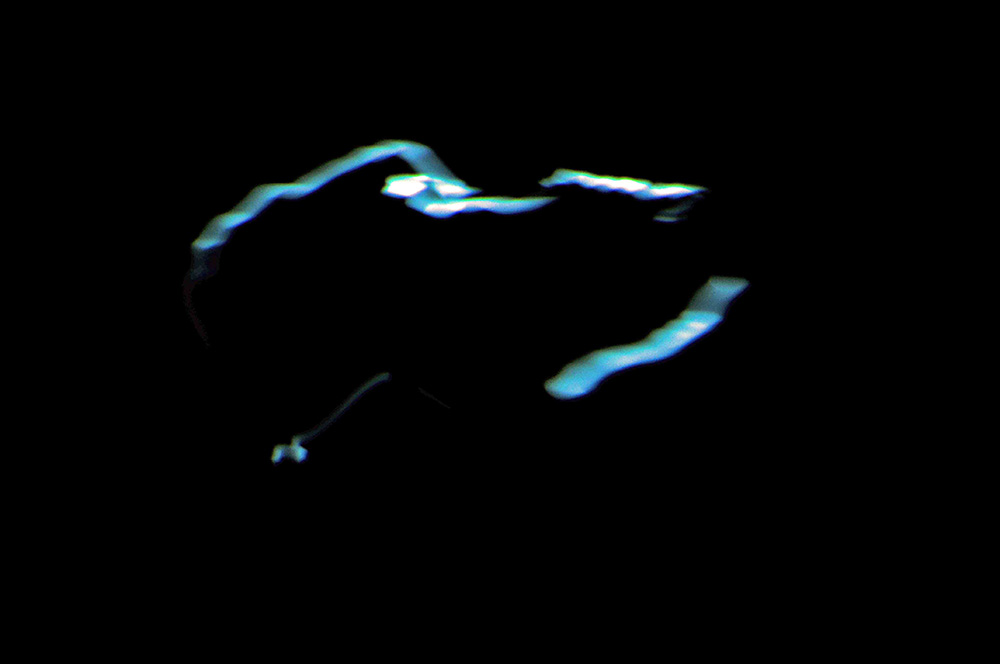 Photograph of a flashlight fish exhibit.

I’d like to end this installment with a bit of humor:

President Carter was always interested in zoos. He was invited to go behind the scenes of a major zoo on a special V.I.P. tour. During the tour, he got a chance to see a manatee that was being held off-exhibit in a temporary tank for rehabilitation. Enamored with the creature, he confided with the curator that he had always wanted to name a zoo animal. The curator was chagrined because it was strict zoo policy never to give anthropomorphic names to their animals, but as this was President Carter, and the animal was scheduled to be released back into the wild after its rehabilitation, he relented to the request. President Carter observed the huge beast for a few moments, stroking his chin, deep in thought, and suddenly proclaimed, “I will name you Hugh.” The curator thought, “Well, that wasn’t too bad, no harm done by that.” But as the president and his entourage were leaving, he thanked the curator and exclaimed, “I can’t wait to come back next year and visit Hugh again.” The curator now had a big problem; he had to keep the manatee instead of releasing it as planned. You guessed it; the curator was now faced with the daunting task of building a habitat for Hugh manatee.