Last week’s issue of Science, the journal of the American Association for the Advancement of Science, carried the dismal news that about one third of the world’s coral species are at risk of extinction. Among the most imperiled are those of our own Florida Keys and the Caribbean region. The study, which bore the names of 33 distinguished scientists from around the globe, found that the western Pacific region, home to many corals beloved by aquarists, has the highest number of species in all of the extinction risk categories.

The survey was exhaustive, examining 845 species of hermatypic corals, and assigning conservation status, based on the IUCN Red List Criteria, for 704 of them. Of those, 231 are in so-called elevated risk categories. A litany of usual suspects are thought to be responsible for the sharp increase in extinction risk, from the global rise in ocean temperatures to an assortment of human-induced alterations and insults to the reef environment.

When one contemplates the staggering number of species that depend upon coral reefs for survival, this news appears gloomy indeed. The authors of the study call for more attention to the plight of coral reefs worldwide, and stepped up efforts to ameliorate both the damage and future threats.

Aquarium enthusiasts like me will naturally wonder if captive propagation has a role to play in achieving solutions to a potential nosedive of coral biodiversity. Unfortunately, while experimental work with reef restoration does show promise, it is far too late now to look at captive propagation as anything more than a short term solution for a limited number of species. Restoring the world’s damaged reefs requires the redirection of trends, such as onshore development, into a more sustainable path, and with the utmost urgency. Politically, such solutions will be difficult to accomplish.

We read repeatedly how China and India’s newly-acquired thirst for oil has contributed to the planet’s multitude of oil-related problems. In an analogous way, development in countries with coral reef resources has contributed to the problems now faced by the reefs. Shrimp farming, for example, embarked upon to feed an ever-growing population, creates pollution that can harm nearby reefs. Whenever the plight of the reefs is invoked, there is almost always a loud voice invoking the plight of the local people, as well.

The situation reproduces in microcosm what is possibly the largest single challenge for humanity this century: improving the standard of living for all of the world’s citizens without destroying the ecosystems upon which we all rely for survival.

There is a possible bright side. Maybe this report will encourage policy makers insist that industry stop treating the ocean as though it were a universal sink drain, and recognize that the sea, like an aquarium at the mercy of the aquarist, is at the mercy of humanity’s technical prowess.

You can read the Science article abstract here:

A comprehensive report on the status of the coral reefs under the control of the United States can be found here: 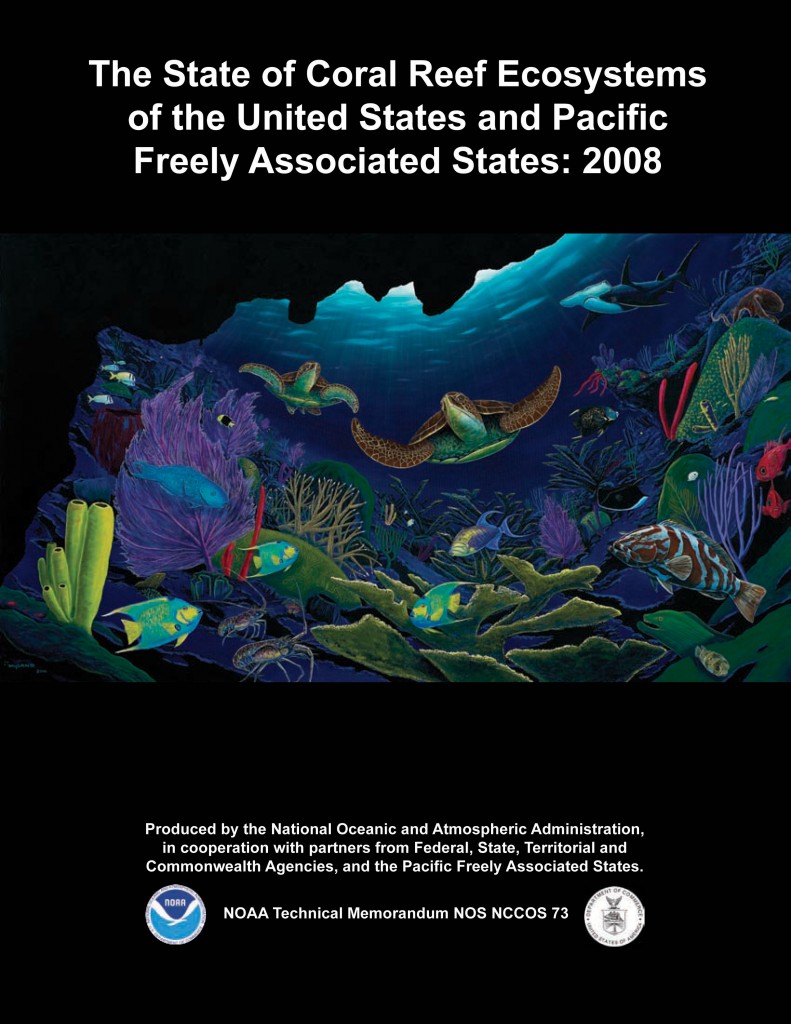