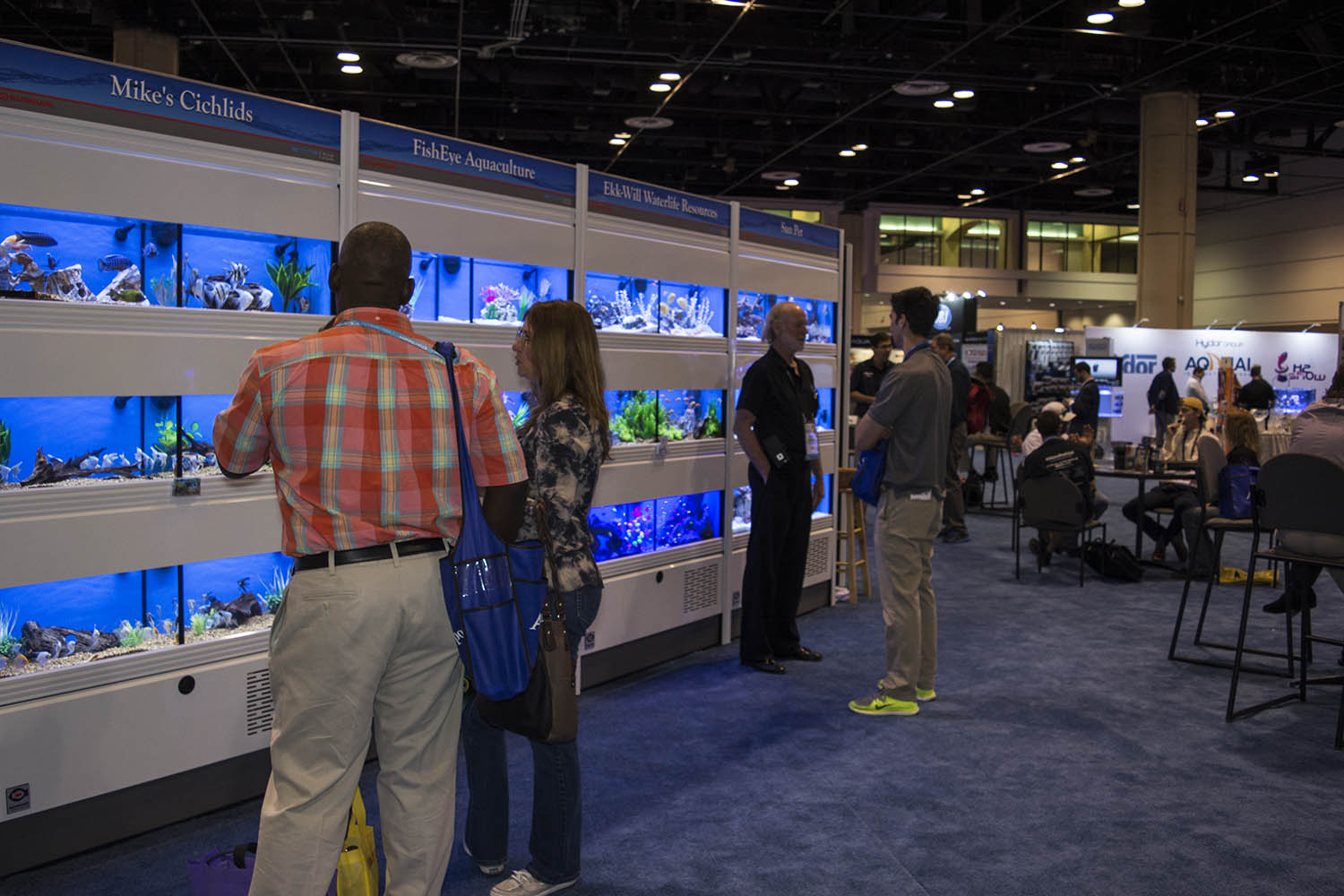 The scene from Global Pet Expo’s Aquatic Lounge, where live fish vendors get to show off their best livestock.

Last week, I packed my camera and made the trip down to Orlando, Florida, for this year’s Global Pet Expo, one of the biggest events in the U.S. pet industry. Following up on Part I of my photo tour of the aquarium-related highlights of the show, here is the rest of the “best of” this expansive expo in photos. 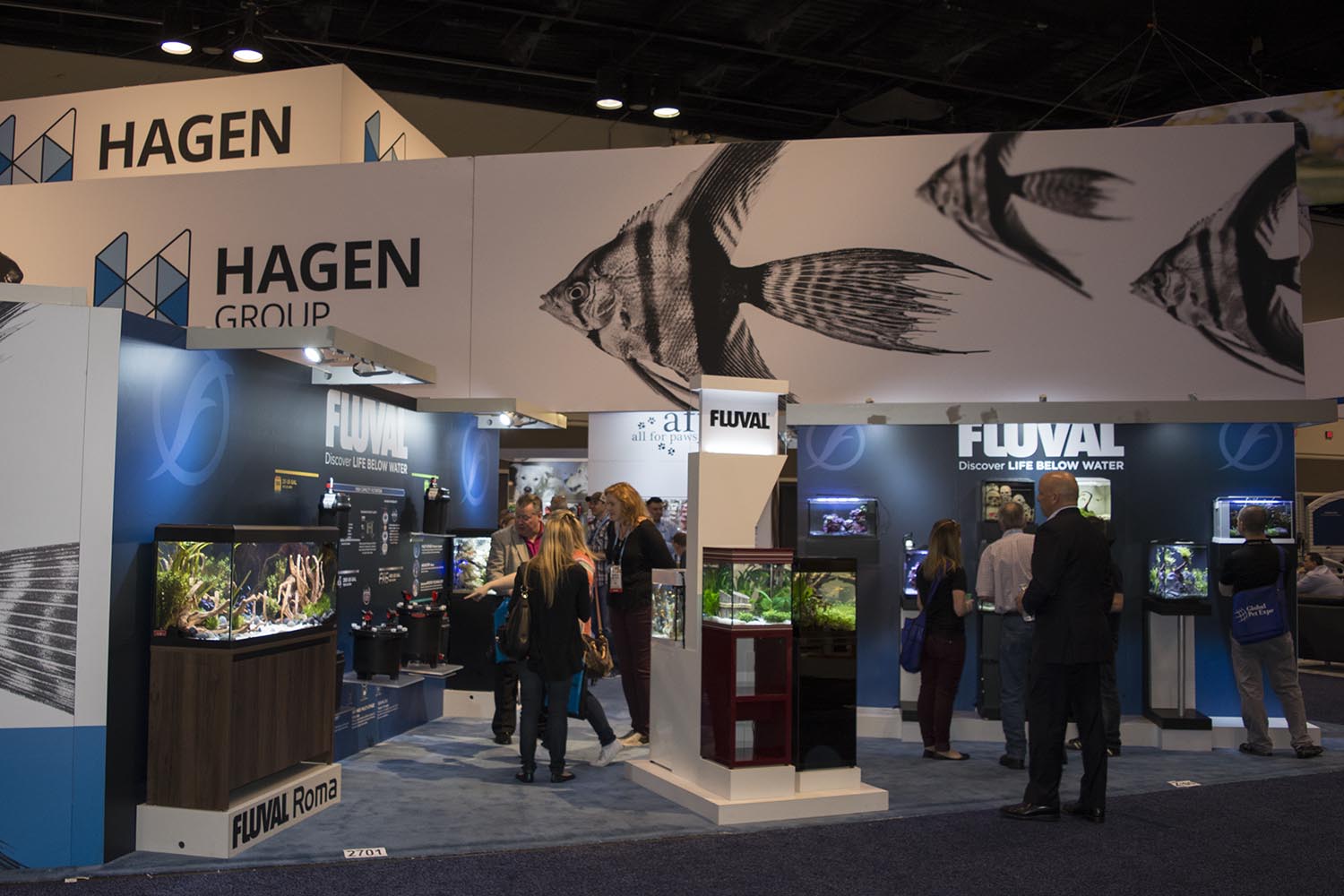 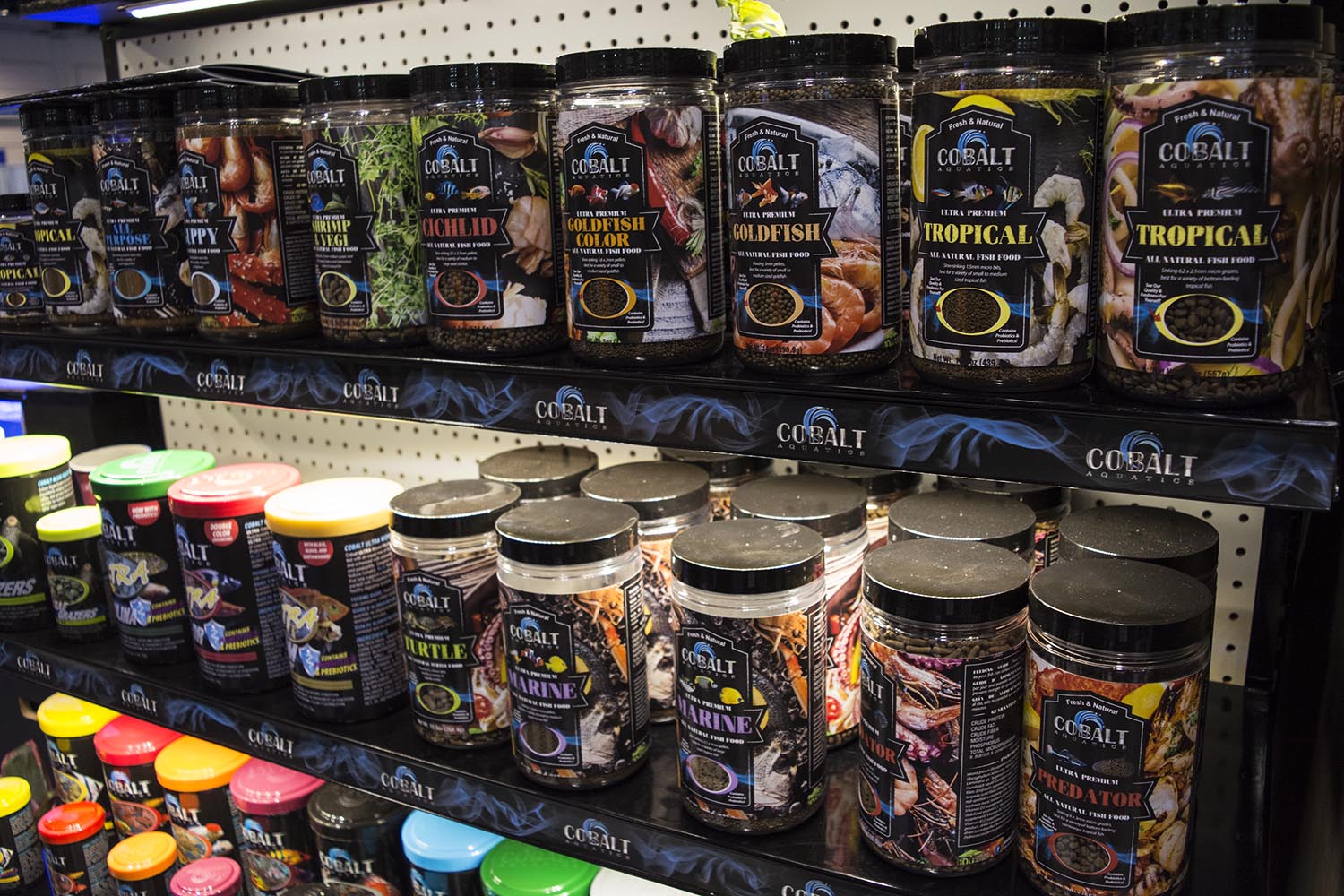 Cobalt Aquatics launched a variety of new products at the show, including their new line of ultra-premium fish foods. 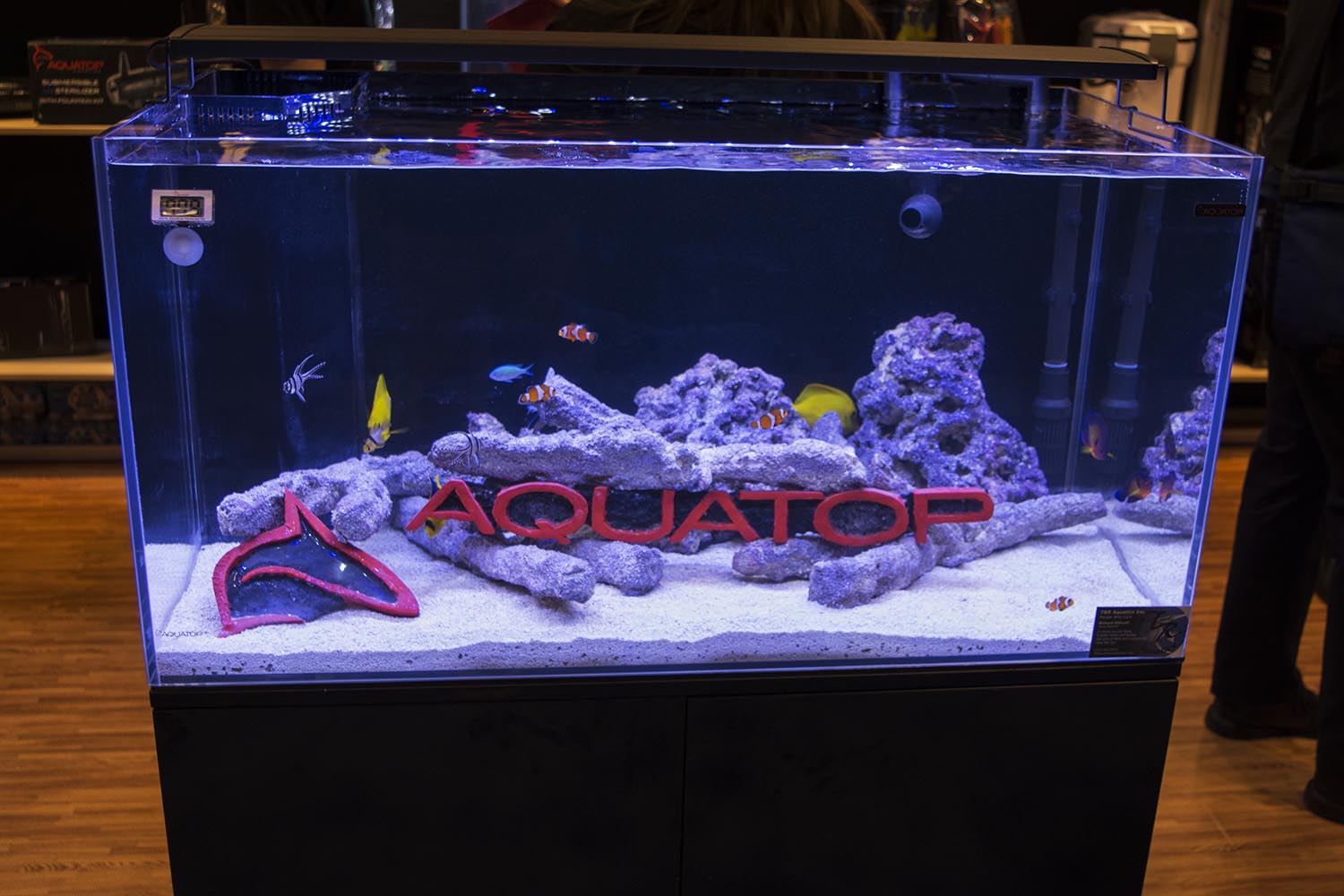 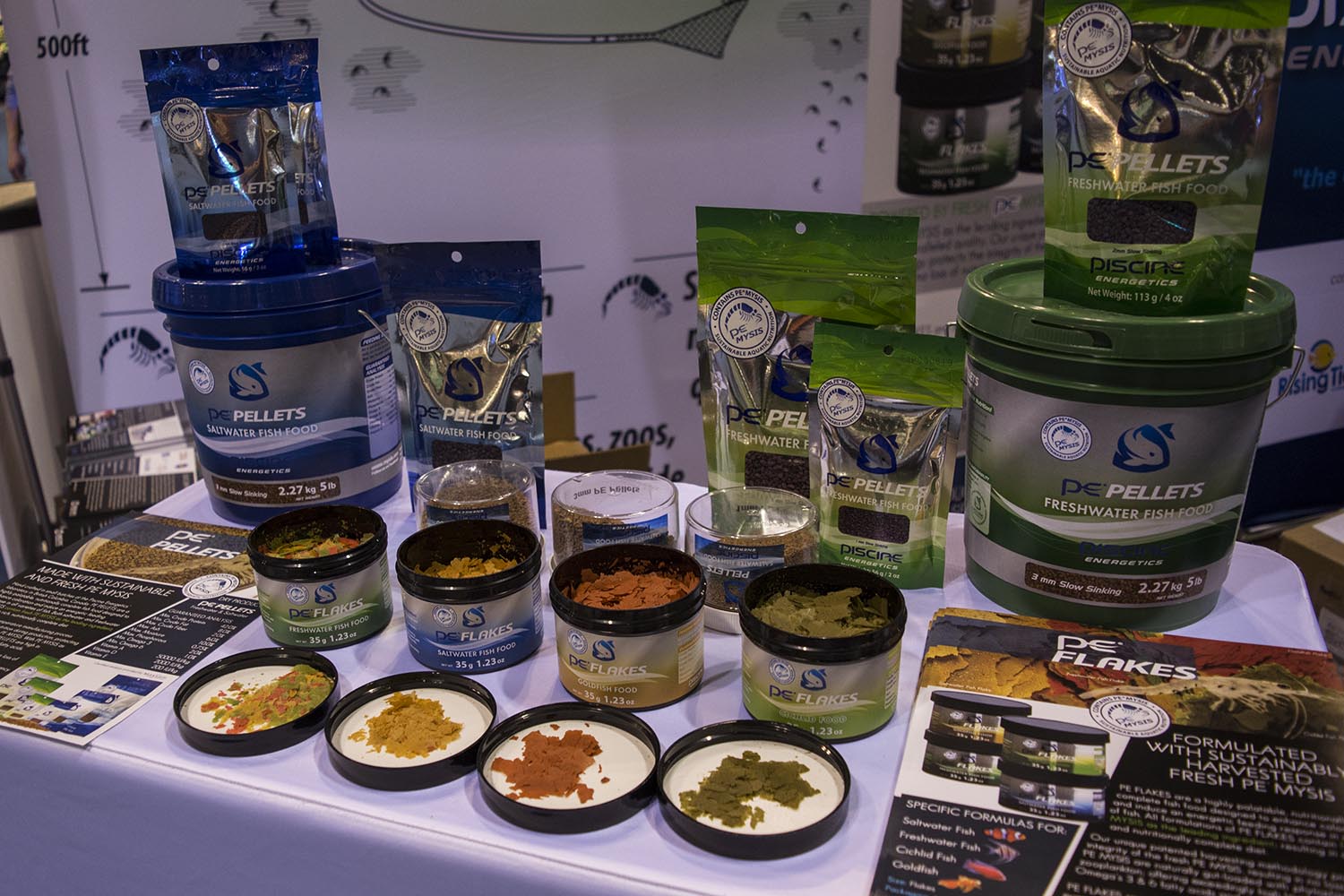 One of the major trends noticeable at this year’s show was the welcome introduction of a number of unique and high-quality prepared fish feeds. In that category, PE Mysis introduced their new line of premium flake foods (along with their recently-introduced pellets). 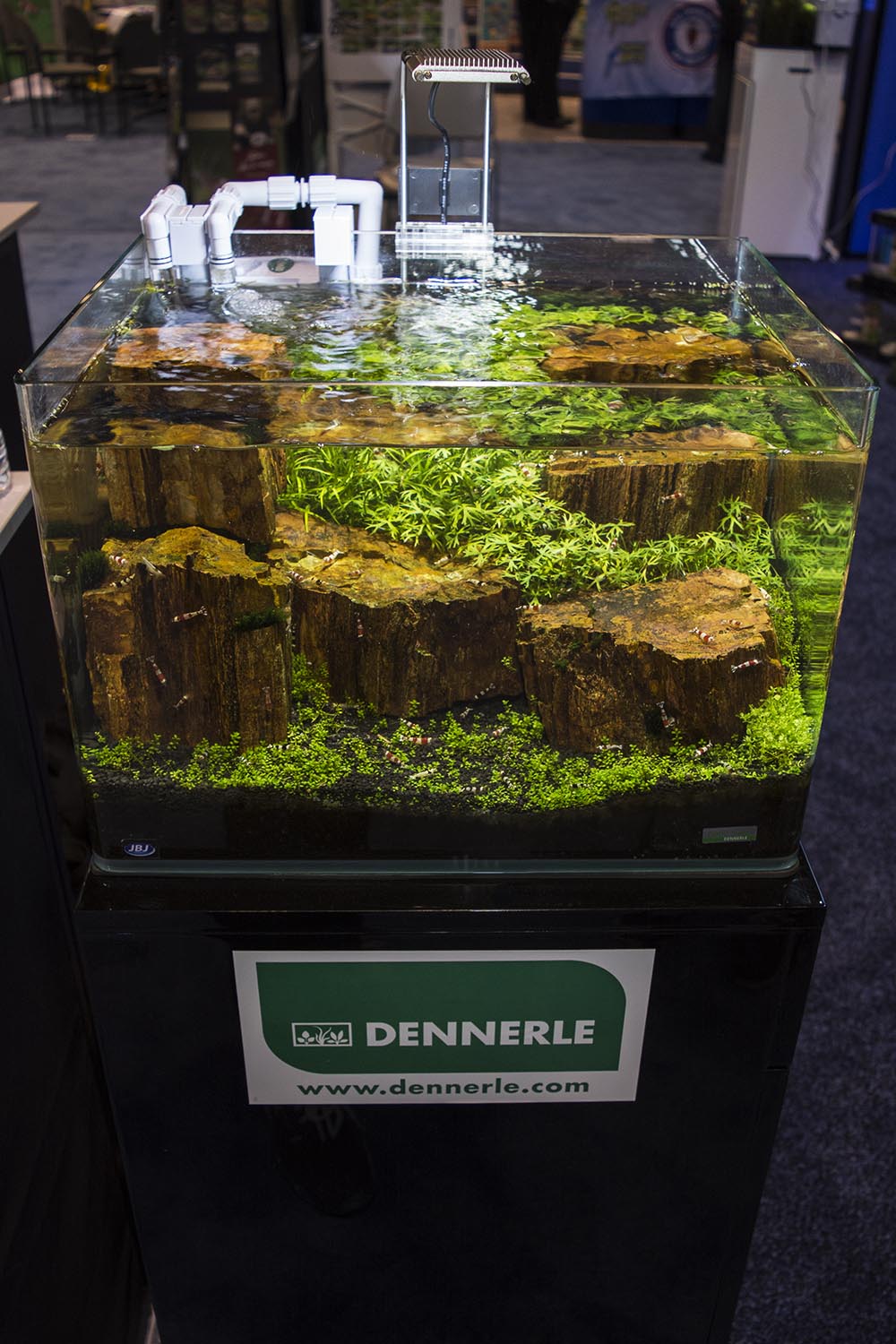 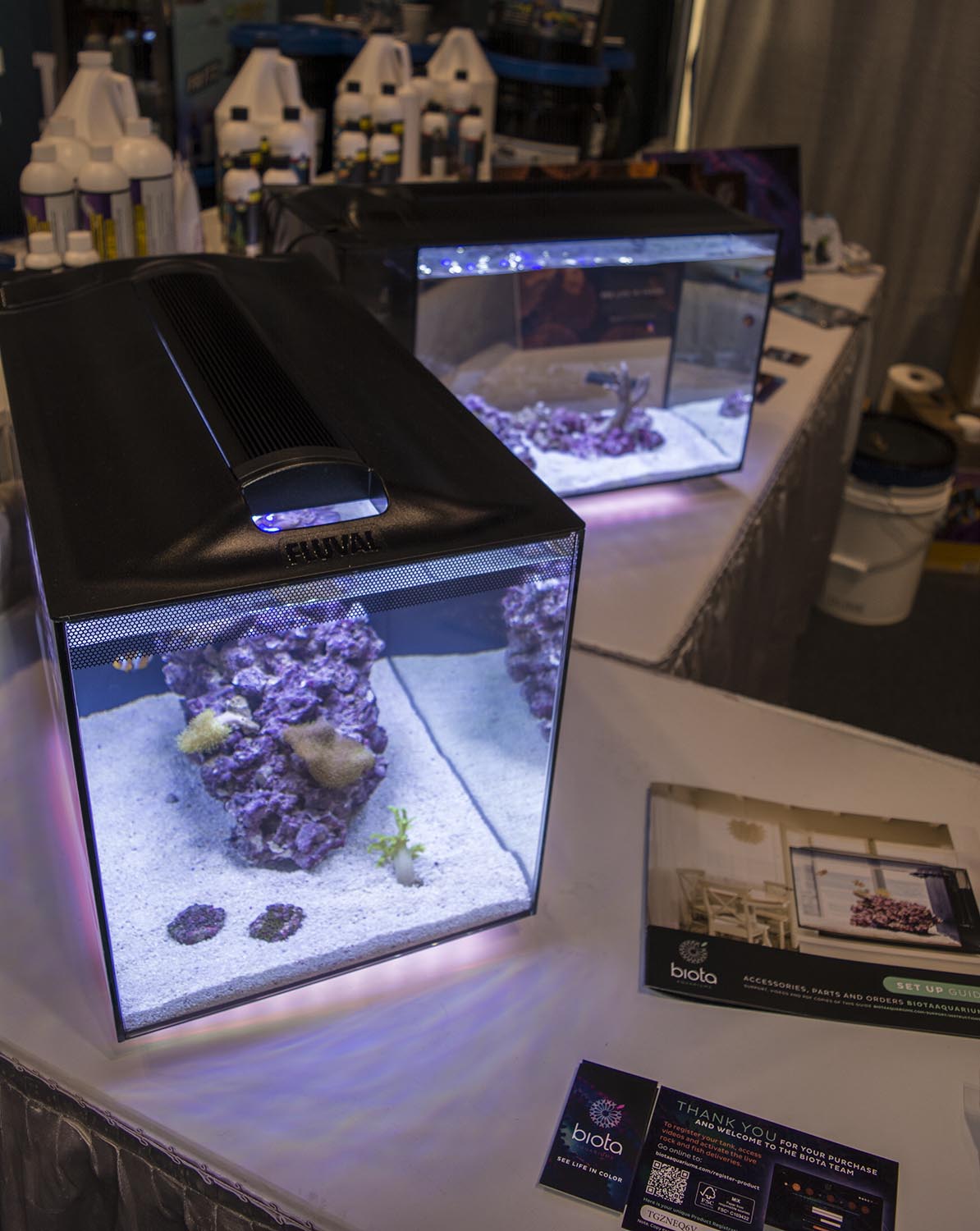 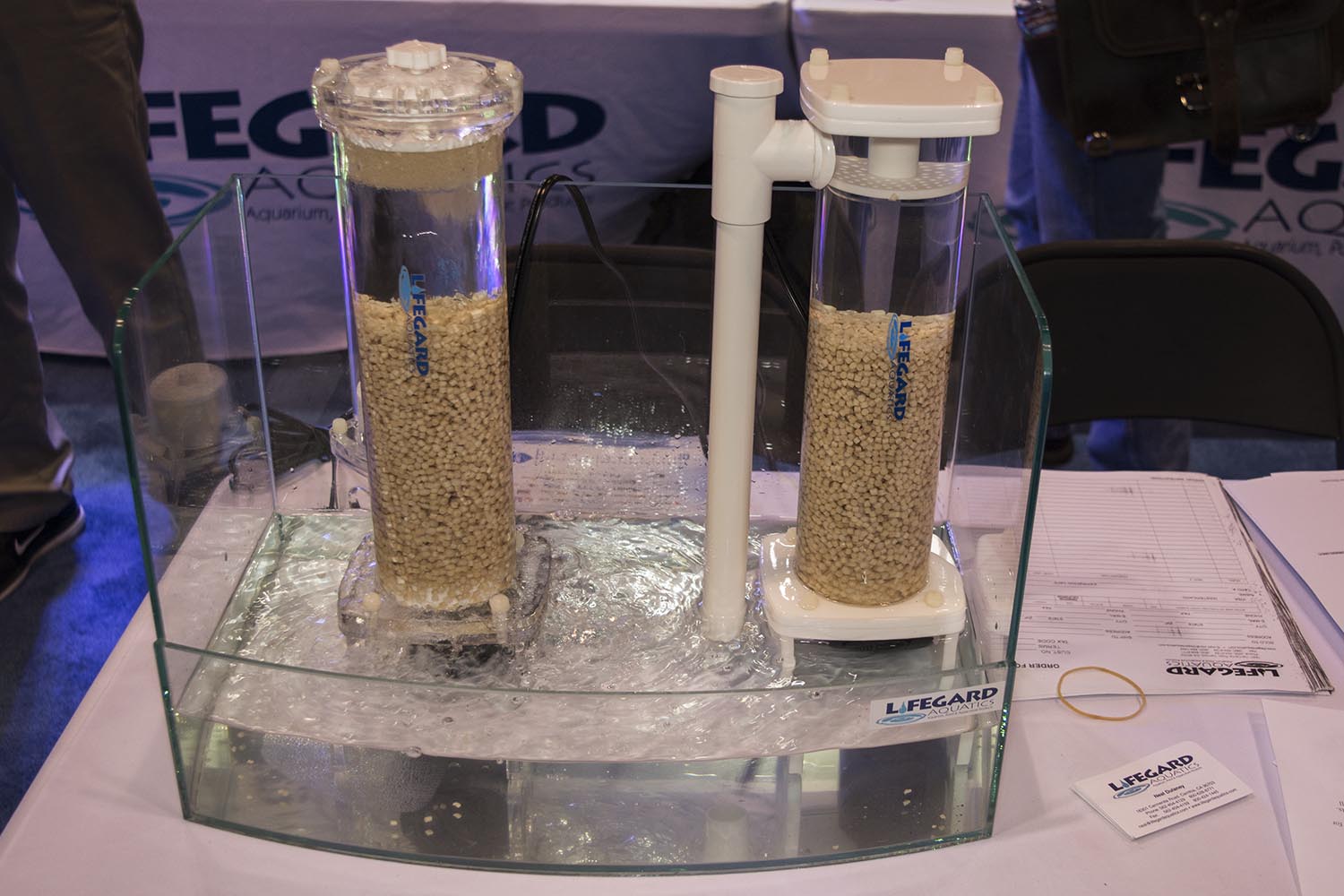 New from Lifegard Aquatics, their Turbo line of media reactors for use with a wide array of media, from GFO to biopellets. 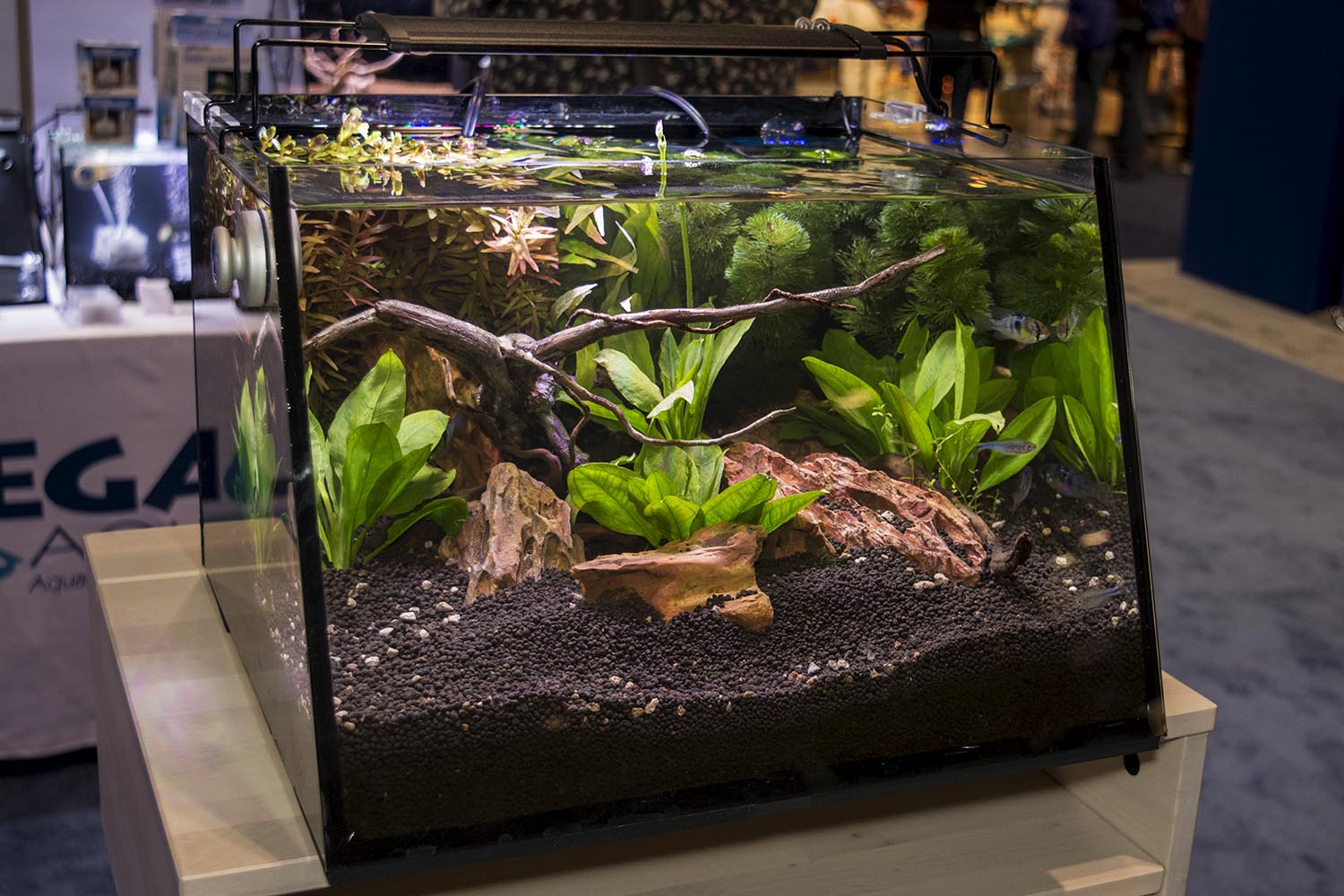 Another new product for Lifegard, the Full View aquarium kit. From the looks of things at this show, sloped is the new curved for glass aquariums. 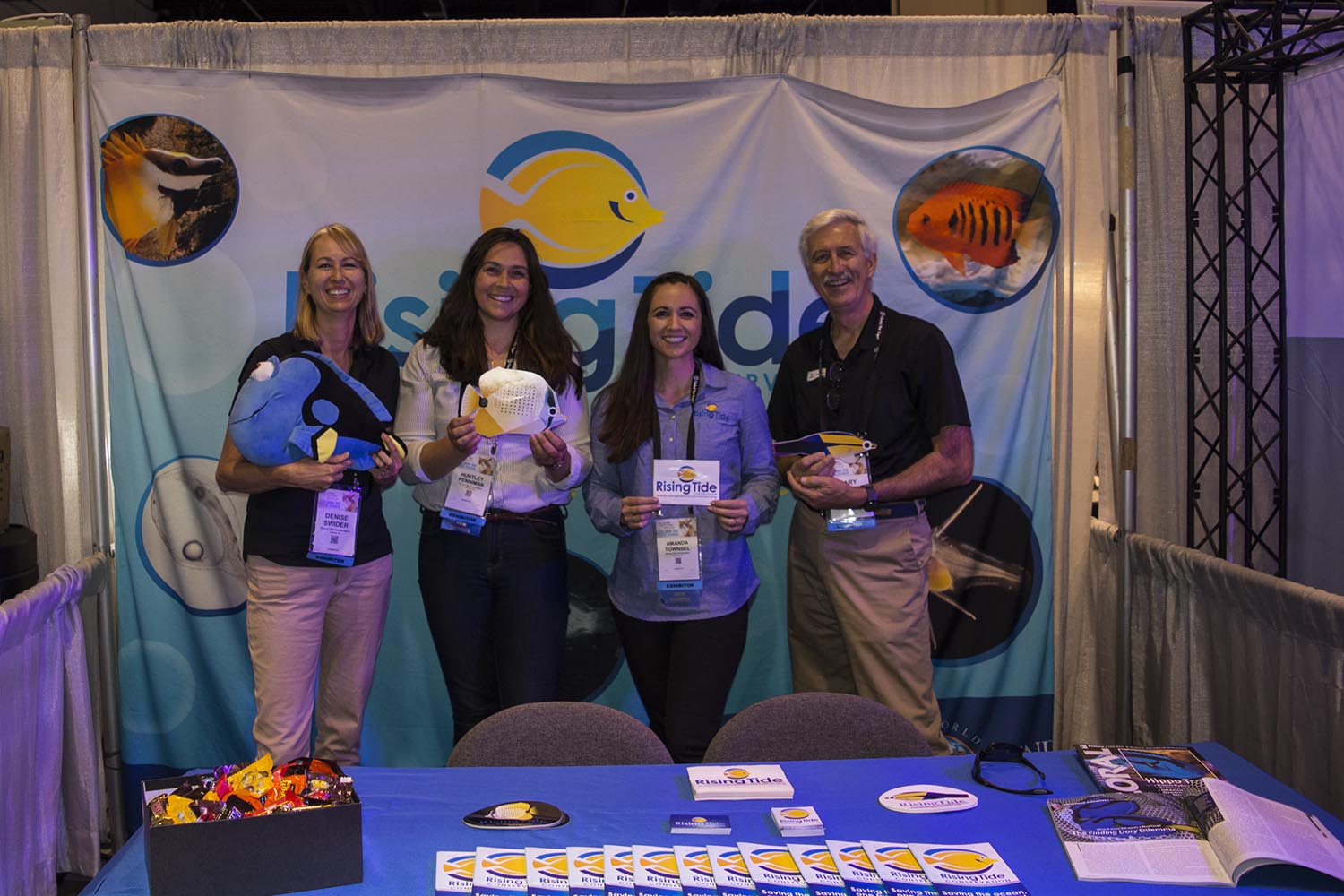 The crew from Rising Tide Conservation manning their booth and promoting their groundbreaking work with marine aquarium fish breeding and rearing. 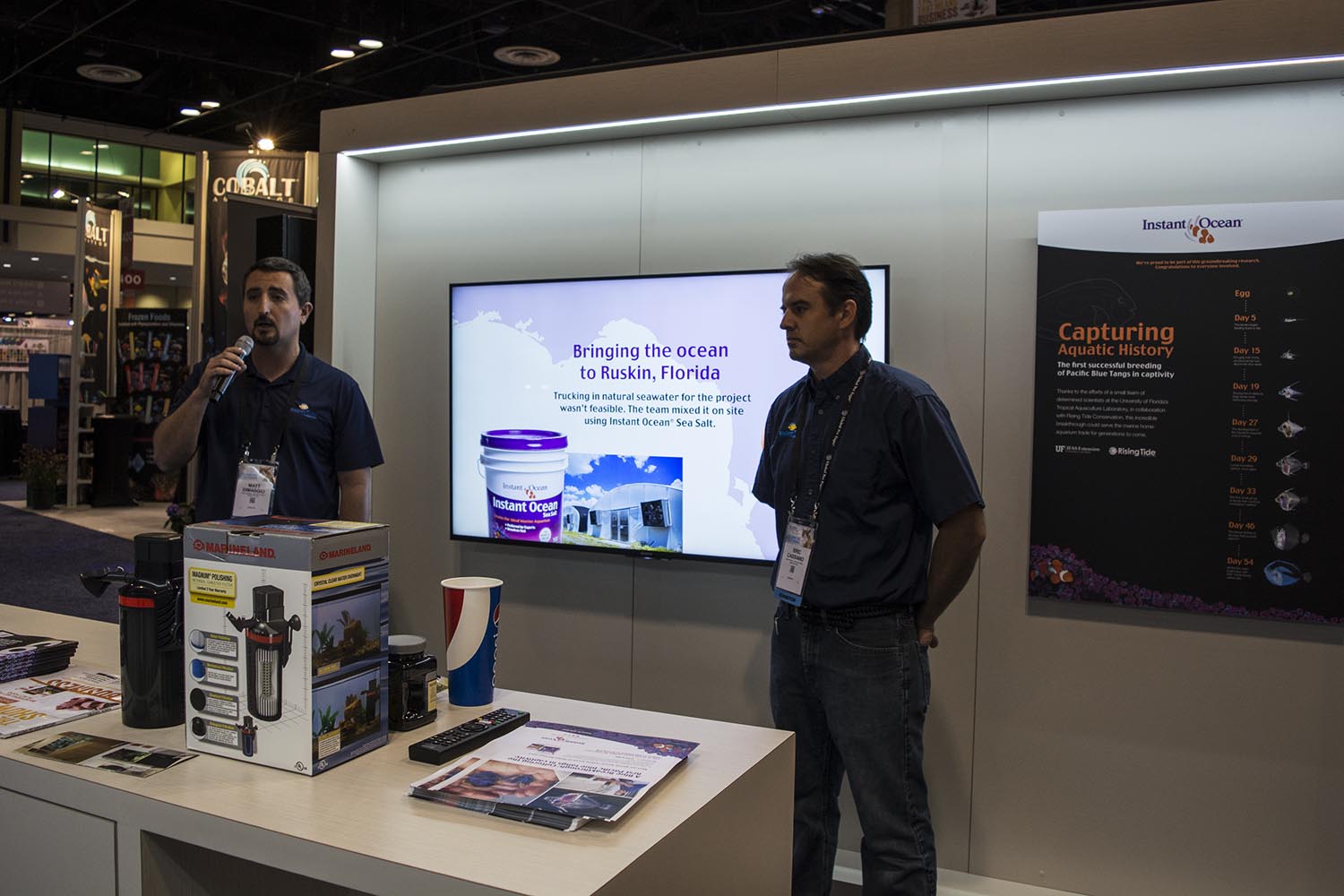 Matt DiMaggio and Eric Cassiano of University of Florida, both of whom worked on the first successful rearing of the Blue or Hippo Tang as part of Rising Tide’s research, presented a brief summary of their work at the Spectrum Brands booth. 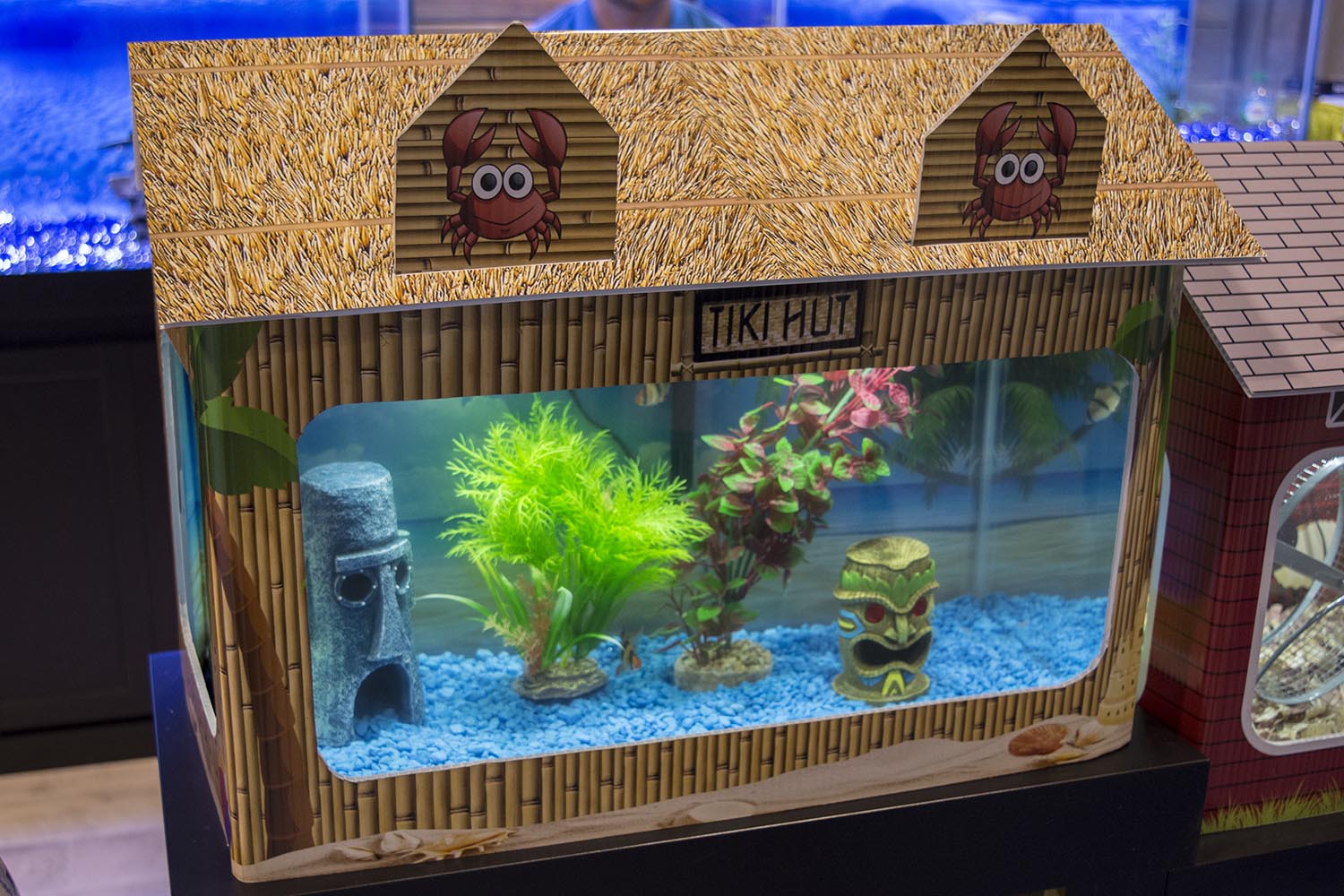 It may not be to everyone’s taste, but this tiki hut tank wrap from tank and furniture builders R&J Enterprises is undeniably fun and kitschy. 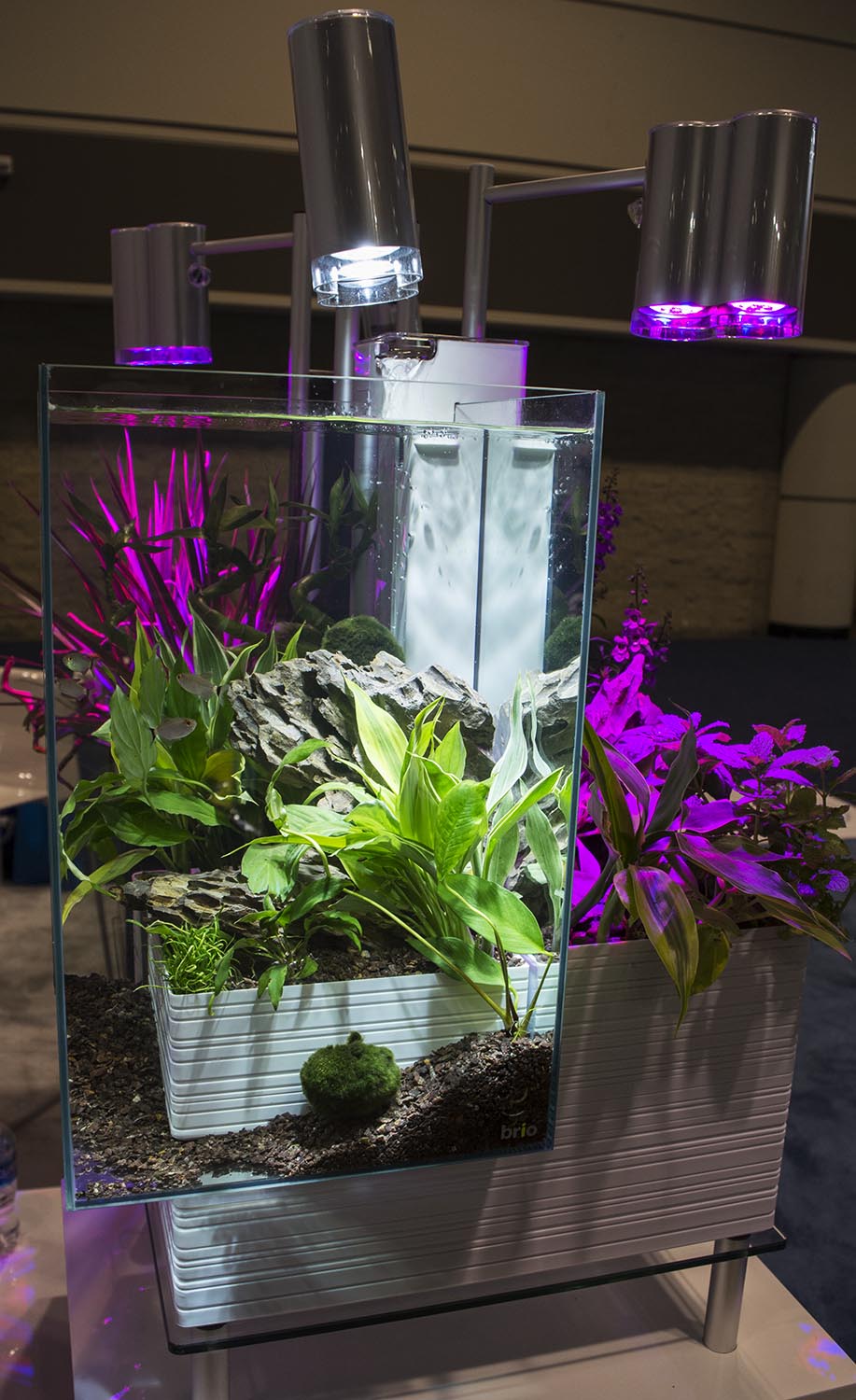 Aquaponics continues to make its crossover into the aquarium hobby, and the new Brio kit seems like a well-designed, functional, and stylish entry-level setup. 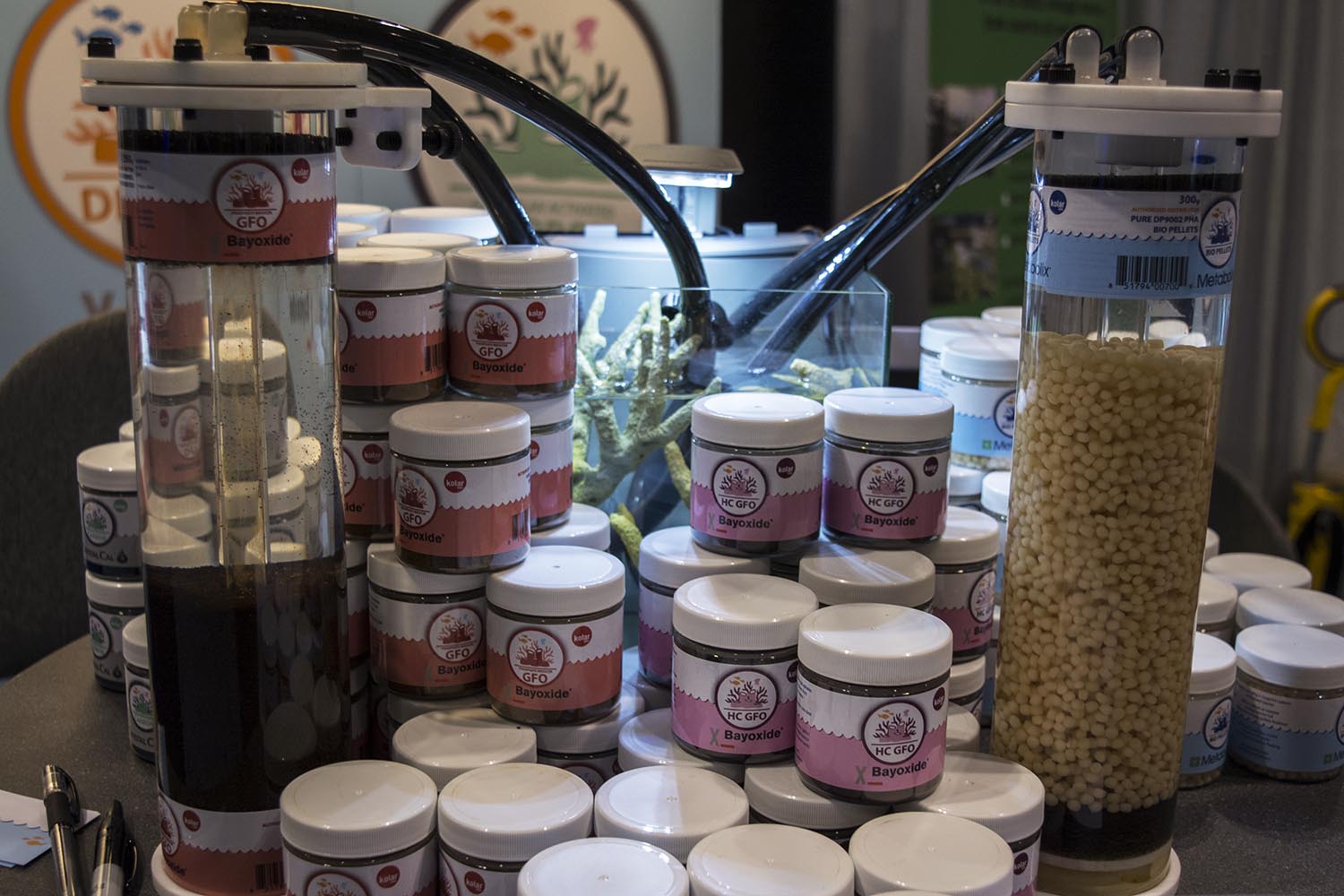 Relative newcomer Kolar Labs offers an array of filtration media for both freshwater and marine aquaria. 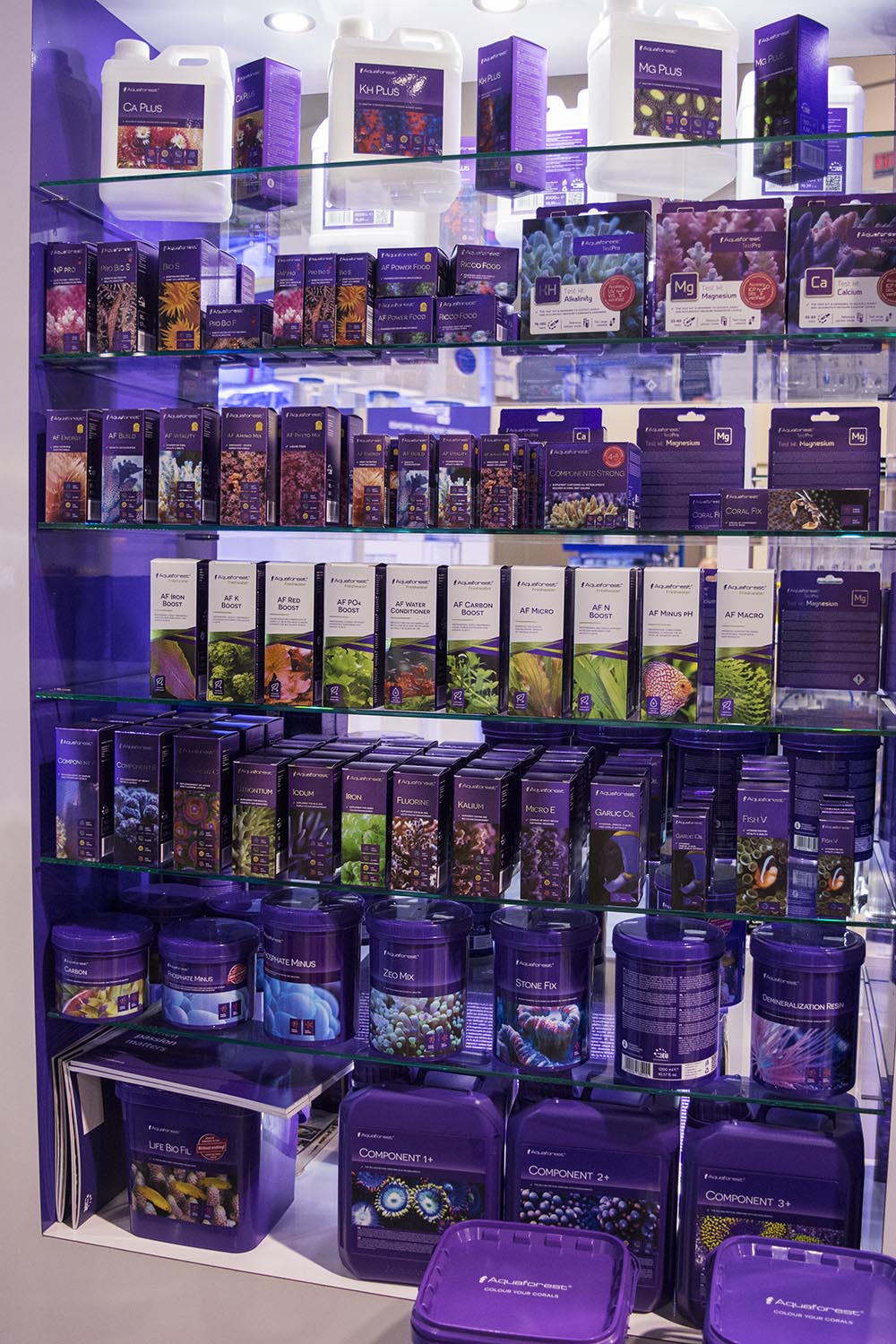 European aquarium product manufacturer Aquaforest continued their push into the U.S. market with an expanded line of salts, supplements, and foods. 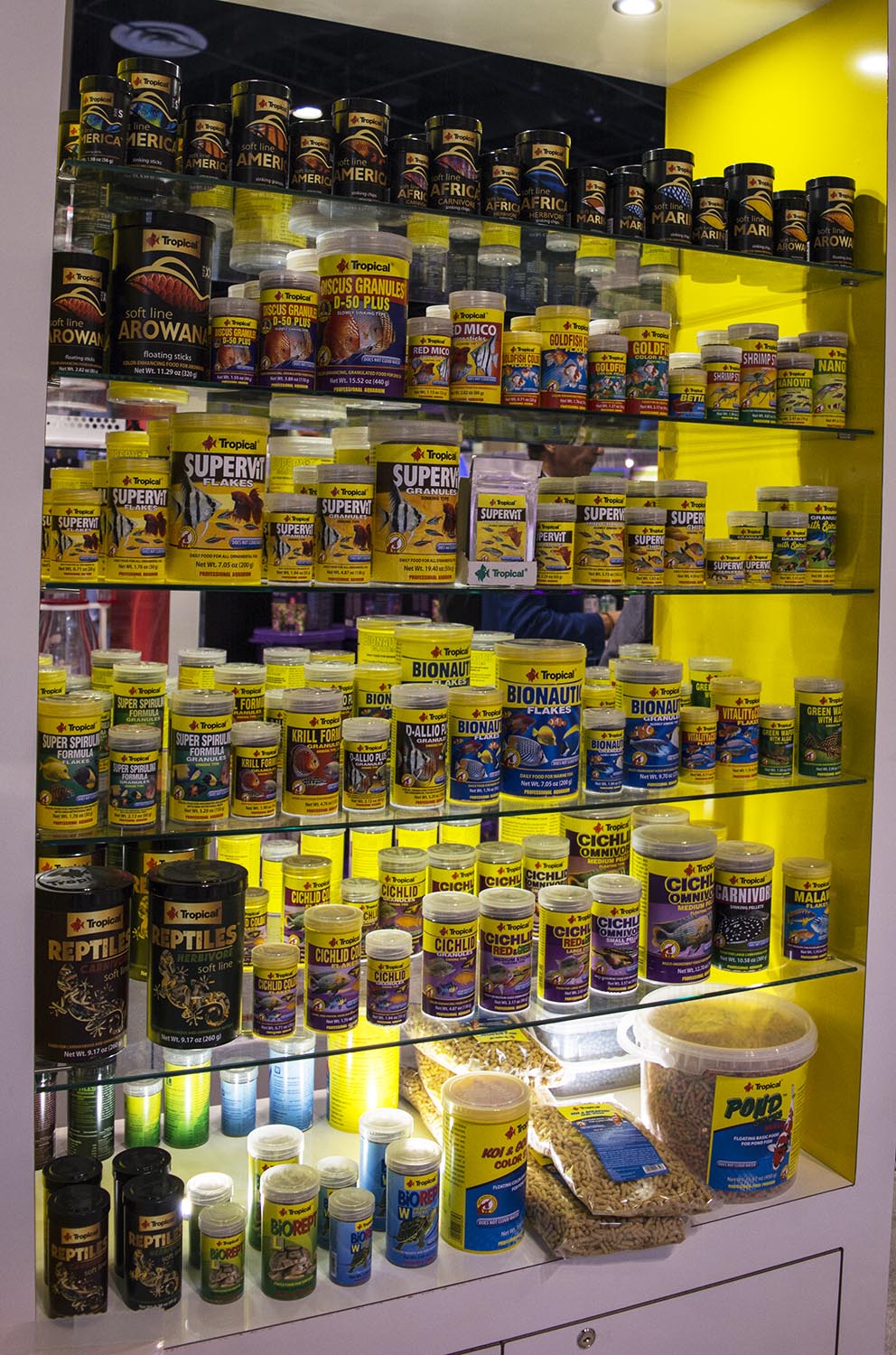 Long popular in Europe, Polish fish food manufacturer Tropical made their U.S. debut at Global. They will be distributed in the U.S. by Deepwater Global Distribution.

That wraps up our coverage of new products and displays from the show floor, but we’ve saved the best for last! Look for our upcoming installment featuring the best, newest, and most interesting fish Global Pet had to offer.